Jeffrey Epstein kept a trove of CDs and nude photos of women and girls stuffed in the closets of his $77million New York City townhouse, Ghislaine Maxwell’s trial had heard.

The FBI discovered ‘numerous black binders’ containing CDs which were clearly labelled with ‘thumbnail photos’ attached inside a closet at the 7-storey Manhattan residence during a search on July 6, 2019.

The raid took place on the same day that Epstein, 66, was taken into custody after landing in the United States from France. He hanged himself a month later.

They photographed the items but did not have the warrant to remove them and when they returned four days later, on July 11, they were no longer there.

Ghislaine Maxwell confers with her brother, Kevin, during the trial on Monday 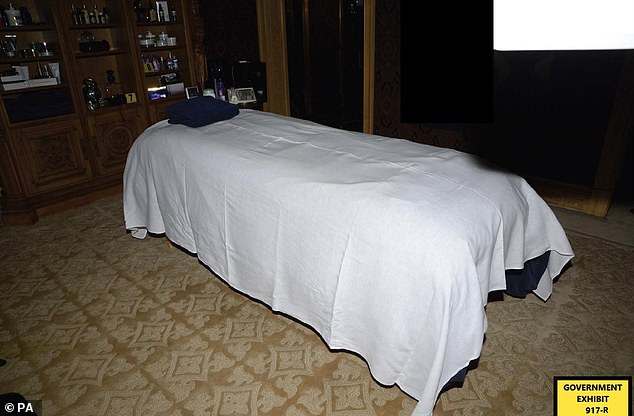 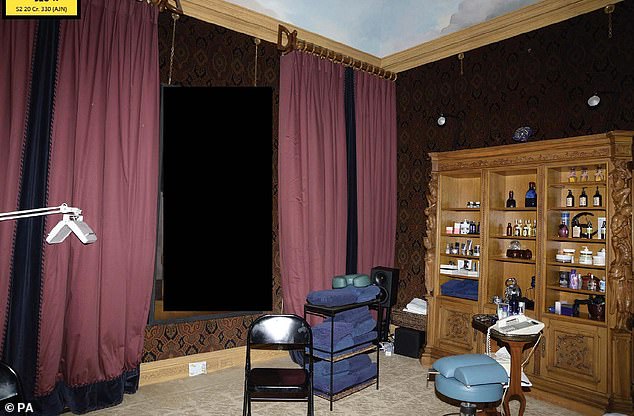 The massage room at Epstein’s townhouse featuring shelves filled with various oils and lotions, as well as cushions, and a speaker system

Agent Maguire, a member of an FBI Child Exploitation and Human Trafficking Task Force, said she called Richard Kahn, Epstein’s lawyer, to ask where the items were.

‘Twenty to thirty minutes after the conversation, Richard Kahn came to the residence and brought them items back in two suitcases,’ Agent Maguire said.

However, she could not be certain that the data contained on the CDs and hard drives was the same as the ones that were taken. The rest of the items were properly accounted for.

Boxes of CDs and hard-drives were found in several rooms throughout the apartment, including in the massage room.

Agent Maguire told the court that some had police-style yellow ‘evidence tape’ sealing them – but this tape had not been put there by the police.

Another FBI agent told the court on the sixth day of the Maxwell trial that one CD contained a photograph of the British socialite and Epstein.

Federal prosecutors previously revealed details of the contents of the safe in July 2019 when they sought to have Epstein’s bail application slapped down.

A bail memorandum from the time said that the search uncovered ‘at least hundreds — and perhaps thousands — of sexually suggestive photographs of fully – or partially nude females.’

A number of those photographs ‘appear to be of underage girls, including at least one girl who, according to her counsel, was underage at the time the relevant photographs were taken.’ 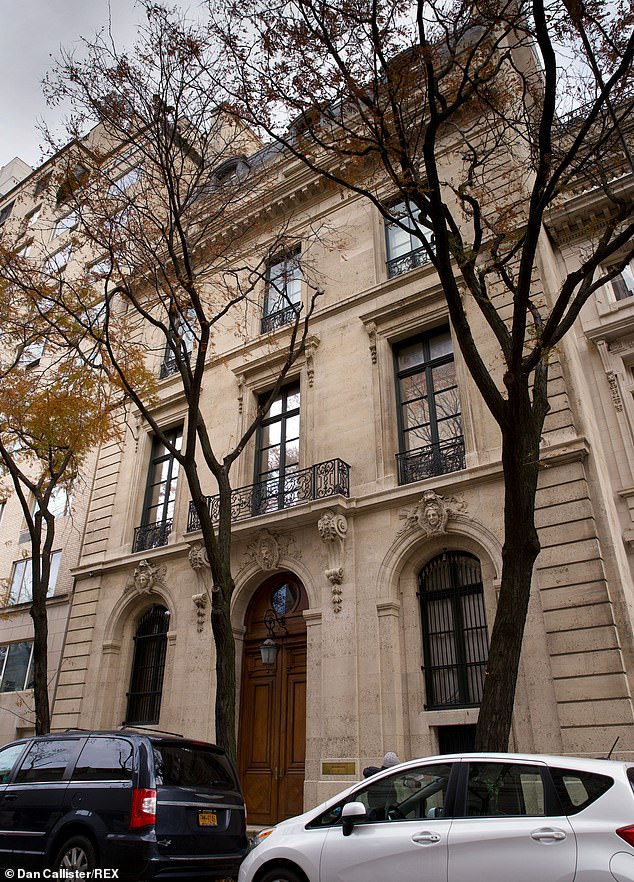 It is also noted that some photos were discovered in a locked safe, where agents ‘also found compact discs with hand-written labels including the following: ‘Young [Name] + [Name],’ ‘Misc nudes 1,’ and ‘Girl pics nude.’

There was also a foreign passport with a picture of Epstein under another name.

The mansion had 40 rooms and Maguire told the court it took around 12 hours to fully search the property.

The six charges against Maxwell:

Sex Trafficking of a Minor

Ghislaine Maxwell also faces two charges of perjury but those counts are due to be tried after her sex crimes trial.

The charges relate to testimony she gave in 2016 in a defamation case filed against her by Epstein accuser Virginia Giuffre.