Jennifer Garner kept her eyes fixated on her phone on the Vancouver set of The Adam Project on Tuesday.

The 48-year-old actress was accompanied by two assistants who watched where she was going while working with her mobile device.

Since November of last year, the performer has been working on the upcoming science-fiction project when principal photography initially commenced.

Priorities: Jennifer Garner kept her eyes fixated on her phone while walking through the Vancouver set of the upcoming science-fiction film The Adam Project on Tuesday

Garner was costumed in a flowing green dress that reached the middle of her shins, as well as a single silver necklace.

She also wore a large black overcoat to keep herself nice and warm in the chilly winter temperatures; her only deviation from the costume was a pair of Ugg-style boots.

The actress’s gorgeous brunette hair fell freely onto her shoulders and backside during her time on the set.

Garner wore a large black facial covering to keep herself protected against COVID-19 while working on the upcoming film. 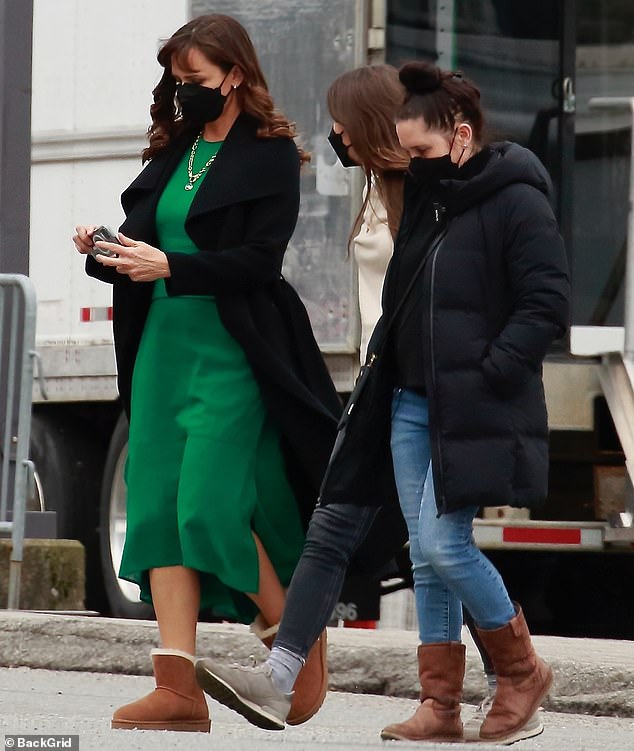 Great costume: The actress was dressed in a flowing green dress and a long black overcoat to keep her warm on the chilly set

Tom Cruise was supposed to star as the lead character in the feature.

The Adam Project was revived in July of last year when it was picked up by Netflix, with Night At The Museum director Shawn Levy set to helm the project. 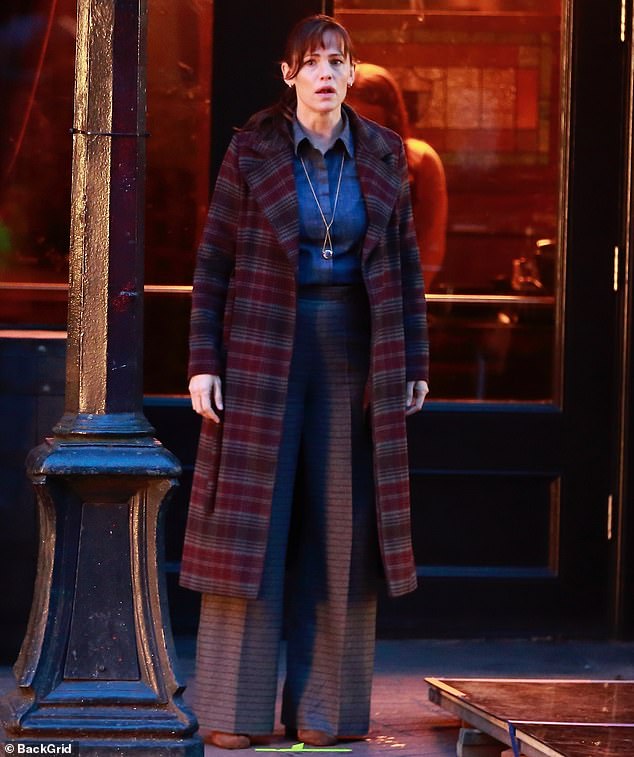 Taking a while: The Adam Project entered development in 2012 when a spec script attracted the attention of Paramount Pictures 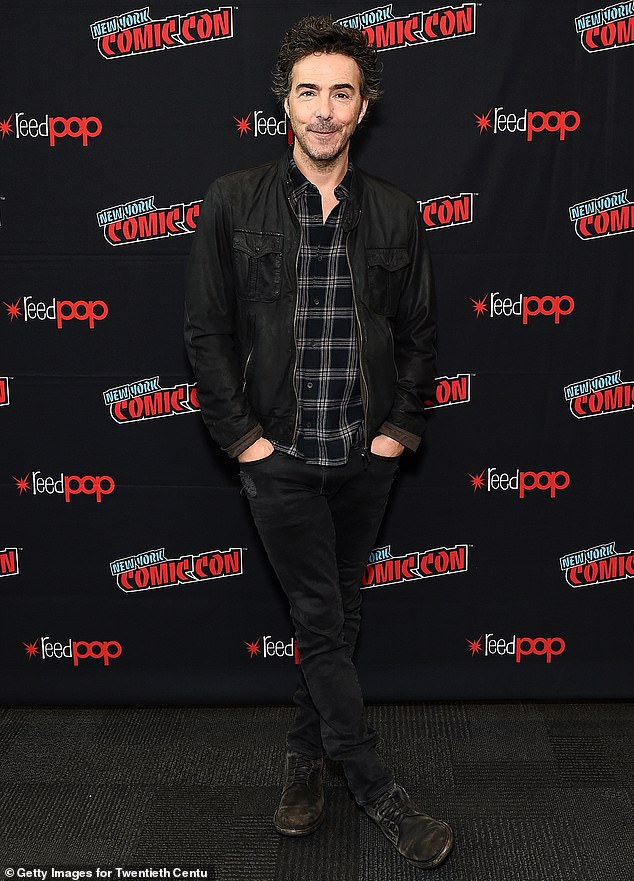 Bringing it back: After the project entered development hell, Shawn Levy eventually took charge of the film; the director is pictured at New York Comic Con in 2019

Ryan Reynolds has been attached to the film since its revival, and Garner was added to the cast in November of 2020.

In addition to starring in the project, the Deadpool star serves as a producer on the upcoming feature.

The Adam Project is centered around an individual who goes back in time to get help from his younger self while confronting his father. 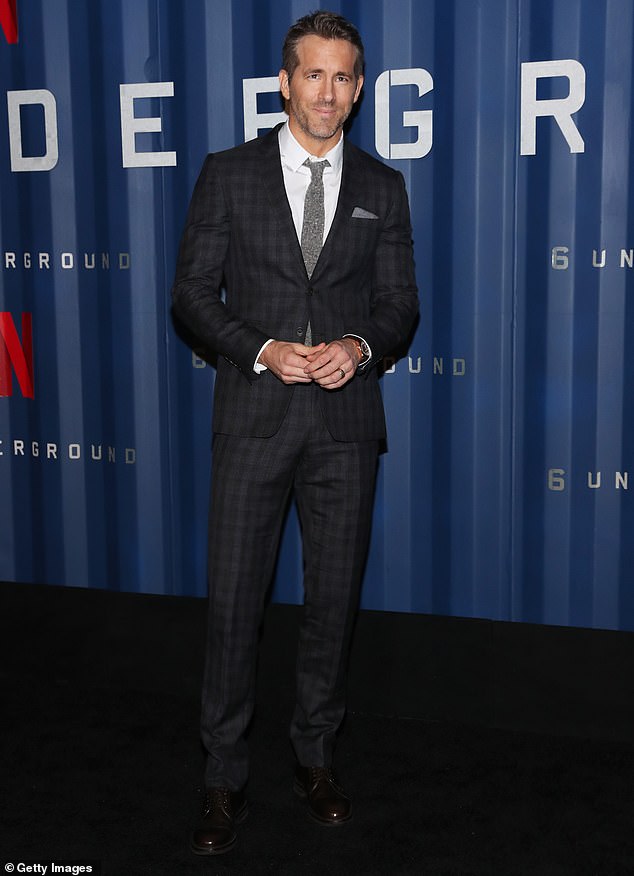 Double role: In addition to starring in the upcoming picture, Ryan Reynolds serves as a producer on The Adam Project; he is seen at the 2019 premiere of 6 Underground

Garner can next be seen in the family comedy film Yes Day. The feature is centered around two parents who allow their three children to take complete control of their lives for a 24-hour period.

Also starring in the Miguel Arteta-directed film are Edgar Ramirez, Jenna Ortega and June Diane Raphael, among others.

Yes Day will be released on the Netflix streaming service on March 12th.

Meanwhile, her ex Ben Affleck is reportedly feeling like his old self again.

The 48-year-old Argo director has gotten his groove back as he works on a new project with his longtime friend George Clooney, according to a Wednesday report from People. 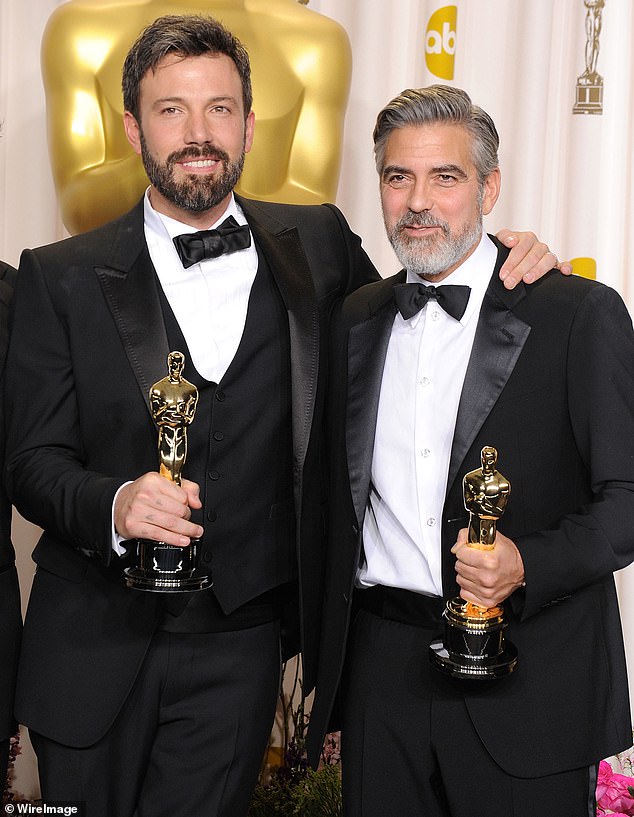 Happy with his pal: Ben Affleck is back to his old self again. The 48-year-old Argo director has found his groove as he works on a new project with his longtime friend George Clooney, according to a Wednesday report from People. Seen in 2013

Ben has been working on the film The Tender Bar which is shooting in New England; the star grew up in Massachusetts.

‘Ben is excited to be in Boston,’ a source told People. ‘He and George are happy to be reunited and working together again.’

A production source also said that ‘Affleck comes prepared and ready to film. He and George are great to work with.’

It was added that the Batman star, who was once engaged to Jennifer Lopez, ‘is in a good place.’

The director of the movie is Clooney, who has been behind the camera for the hit projects The Midnight Sky, Catch-22, The Monuments Men, The Ides Of March, Leatherheads, Good Night, And Good Luck as well as Confessions Of A Dangerous Mind.

A struggle to be him: The Hollywood icon talked about his brave battle to get and stay sober with The Hollywood Reporter last week

And George was a producer on Ben’s hit film Argo, which Ben directed and starred in.

The Tender Bar is based on the 2005 memoir from J.R. Moehringer. Affleck plays a bar owner who looks after his nephew.

The star has three kids —daughters Violet, 15, and Seraphina, 12, and son Samuel, eight, with ex-wife Garner.

Last week he touched on how his divorce from Jennifer helped him gain experience which he uses to be a better actor.

‘Having seen enough ups and downs, having had children and divorce — I’m at a point now in my life where I have sufficient life experience to bring to a role to make it really interesting for me,’ he told The Hollywood Reporter. 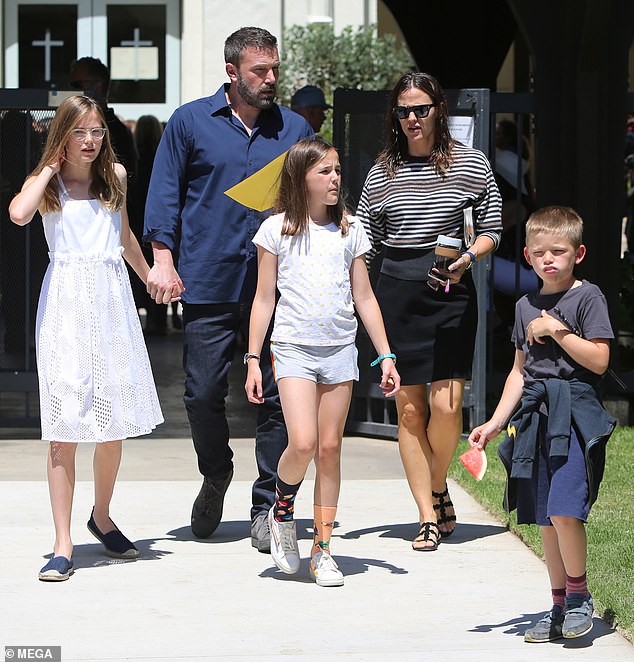 Ben has three kids: The star with ex-wife Garner, as well as their kids Seraphina, Violet and Samuel, in 2019