Move over Wicked, the star-studded Cats musical has set its debut date.

The upcoming Universal film adaptation of the Andrew Lloyd Webber musical will hit theaters on December 20, 2019, it was revealed  on Friday.

That means that Universal is kicking its other musical adaptation, Wicked, to a new date, according to the Hollywood Reporter.

Red-dy to go: Jennifer Hudson is set to play Grizabella, a once-beautiful feline who has fallen on hard times, in the movie version of Cats, which has pushed Wicked out of its play date

It’s been revealed that Jennifer will play the role of Grizabella, a once-beautiful show cat who has fallen on hard times, according to Variety.

Grizabella sings the musical’s famous show-stopping song, Memory.  Taylor, James and Sir Ian’s roles have yet to be revealed.

Directed by Les Misérables’ Tom Hooper, 45, production is set to begin in November in the U.K. 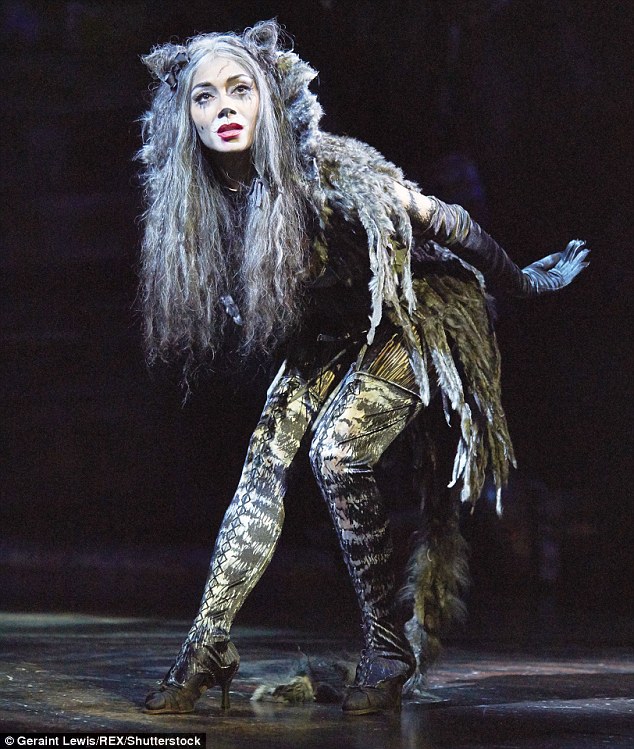 Feline sad: Nicole Scherzinger as Grizabella in Cats at the London Palladium in 2014. The new movie version of Andrew Lloyd Webber’s musical is due to open on  December 20, 2019 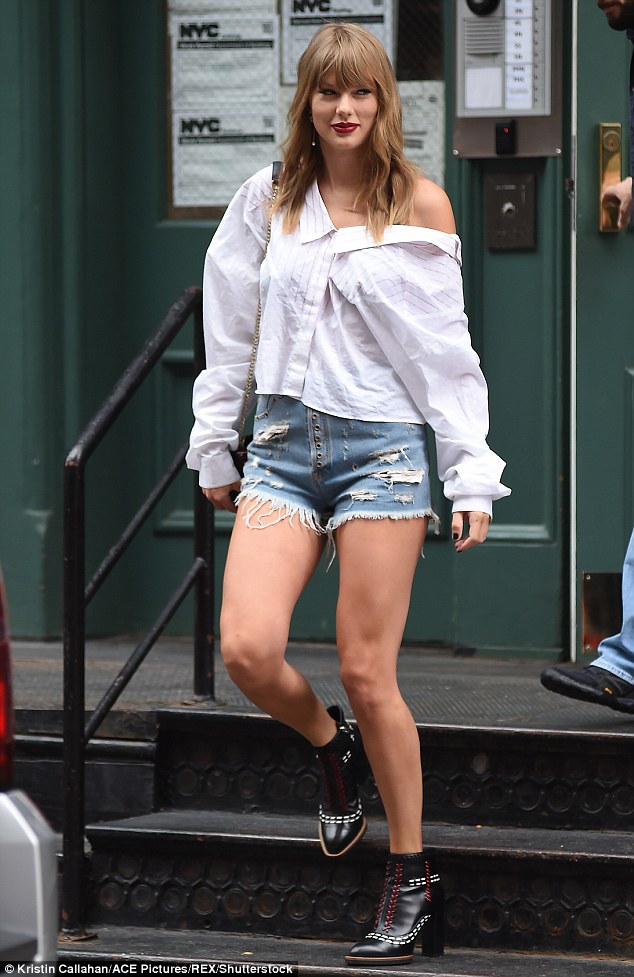 Starry cast: Taylor Swift is among those who will be jetting to London to work on the musical but which of the Jellicle cats the 28-year-old will play has yet to be revealed

Also set for the date is Fox’s Murder On The Orient Express, the follow-up to Death On The Nile.

Cats is one of the most successful musicals in history, enjoying long runs in London’s West End and on Broadway. 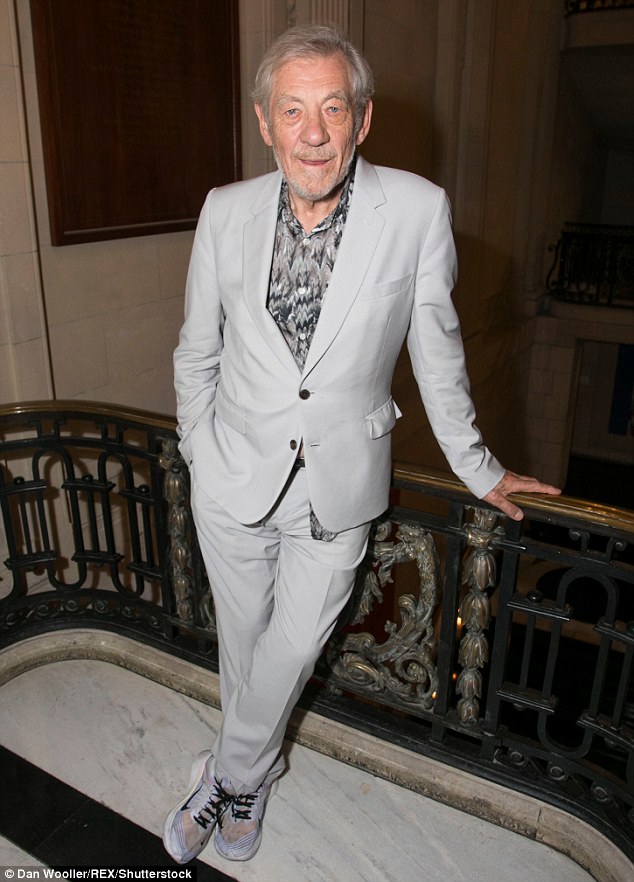 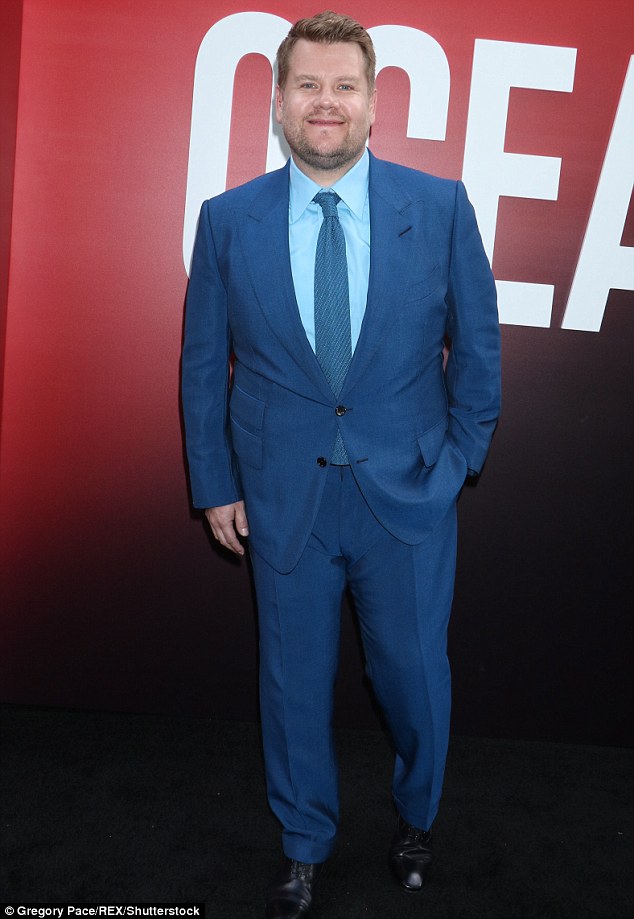 Purrr-fect casting: The Late, Late Show host James Corden, 40,  is also set to take on a feline role in the movie, to be directed by Tom Hooper

Based on T.S.Eliot’s Old Possum’s Book Of Practical Cats, published in 1939, it’s a collection of poems about creatures known as Jellicle cats and their secret world. But it lacks a story line.

Lloyd Webber’s musical stitches the poems together into a tale of cats seeking feline redemption in the ‘Heaviside layer,’ somewhere above London, ‘up, up, up past the Russell Hotel’ in London’s Bloomsbury district.

Besides tired and tattered Grizabella, other characters include Old Deuteronomy, Macavity, Skimbleshanks and the Rum Tum Tugger. 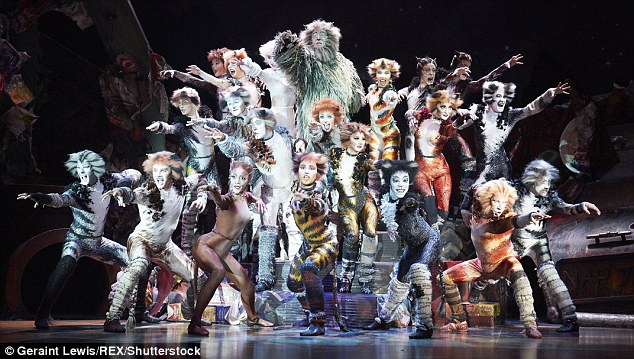 Breaking out: Based on T.S.Eliot’s Old Possum’s Book Of Practical Cats, published in 1939, it’s a collection of poems about creatures known as Jellicle cats and their secret world. It’s been played in hundreds of productions since its West End debut in 1981