And the model was in sensational shape when she hit Miami beach with Brandon Davis on Thursday.

The 32-year-old put on an attention-grabbing display in her skimpy bikini, with the cheeky phrase ‘troublemaker’ emblazoned across her chest.

She’s a troublemaker! Jessica Hart wowed in her tiny bikini as she hit Miami beach on Thursday

Jessica’s fabulous figure was on display from all angles, with the blonde bombshell showcasing her peachy derrière in her high-cut bikini briefs.

Meanwhile Brandon Davis donned all-black for his beach outing, consisting of a black sweatshirt and board shorts. 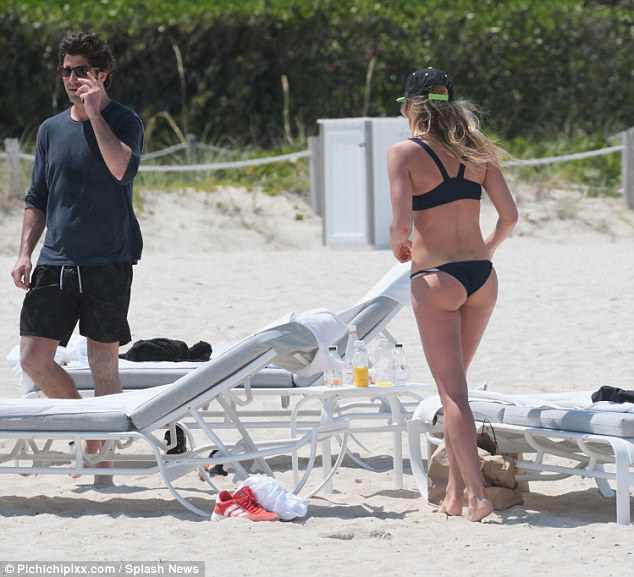 Good company: The 32-year-old was in sensational shape when she hit the Miami beach for a sun-soaked day with Brandon Davis

The pair kept hydrated with several bottles of water and orange squash, which they kept by their sun loungers.

Daily Mail has approached Jessica’s representatives for comment on her relationship with Brandon.

The former Victoria’s Secret model confirmed her relationship with Stavros in 2011, but the pair never officially confirmed they were engaged.

Rumours that there was trouble in paradise began to circulate in April last year when she was spied without her ring on her finger.

A representative for Jessica confirmed their split to Daily Mail Australia: ‘Yes, I can confirm the split. It was amicable they remain friends and Jessica hasn’t been happier!’ 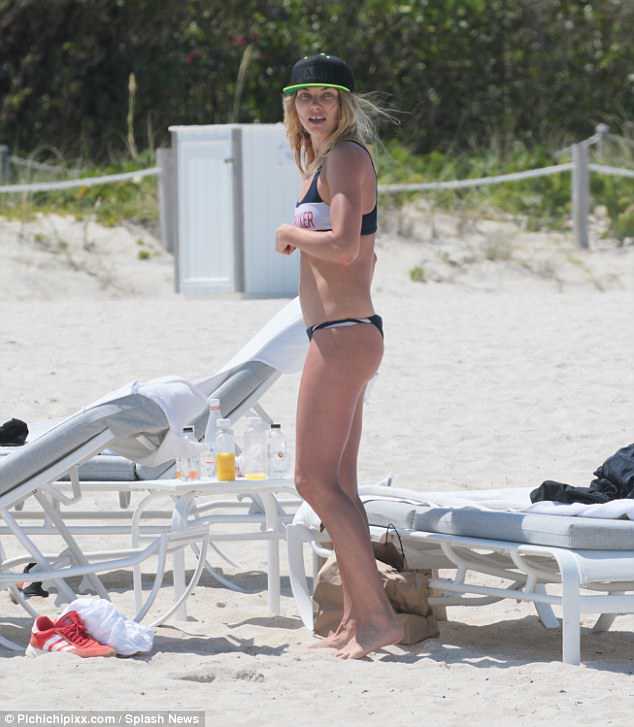 The future’s bright: The former Victoria’s Secret model accessorised with a black cap