Breakups are painful, and for this man it’s especially so.

A 23-year-old man in China had to be rescued by police after his soon-to-be girl-friend apparently decided to hold onto him by biting his tongue during a kiss.

According to accounts, the incident happened when the man had proposed to break up with the 26-year-old woman, and she asked for a last kiss from him. 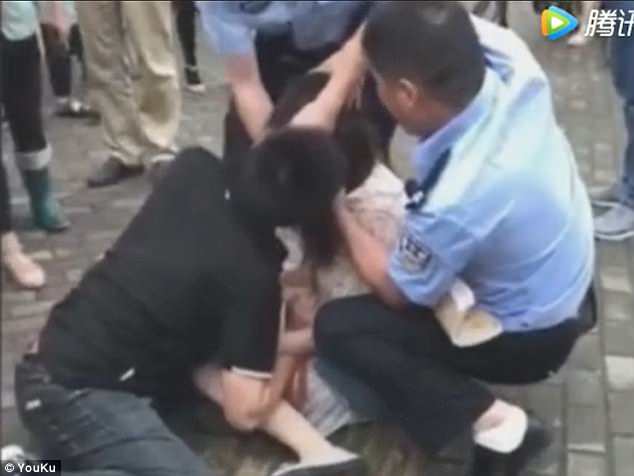 The incident happened on the street of Qianshan, Anhui Province on May 20, an unofficial day of confession in China due to its numerical pronunciation in Mandarin Chinese.

Mobile phone footage shows the couple appear to be kissing outside the town’s disease control and prevention centre.

The man can be heard crying and struggling to break free as his girlfriend bites on his tongue.

Qianshan police were alerted to the scene and asked the woman to let go. They had to use pepper spray to free the man and pulled the woman away from her boyfriend.

According to the police, the man, surnamed Liu, was sent to the hospital and found to have not sustained any serious injuries.

His 26-year-old girlfriend, surnamed Zhou, was sent to her parents to look after. 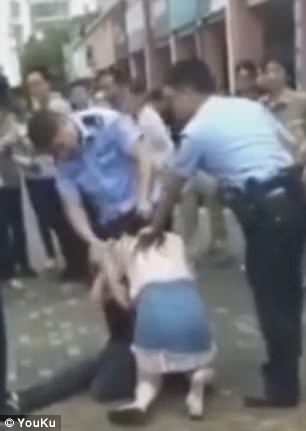 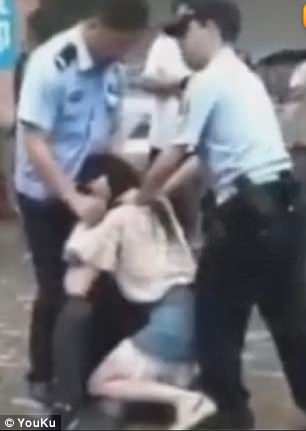 The man is seen bleeding from the tongue and crying in pain (left). Police officers use a pepper spray on the woman to free the man (right) 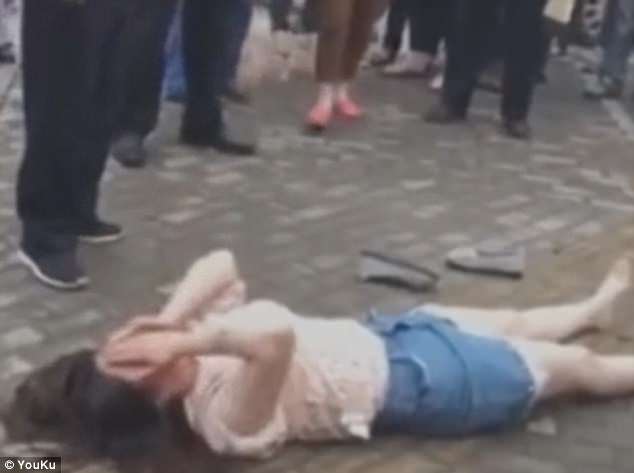 ‘When we arrive, some passers-by said the couple were talking over issues of breakup,’ said Mr Wu.

He added that Ms Zhou was allegedly mentally unstable due to previous online shopping scams.

‘Her parents said she received treatments in Hefei for five years and thought to be fully recovered,’ policeman Wu said.