Ms Swinson said the extraordinary tip was among a welter of ‘unsolicited advice’ she has received on how to revive her flagging campaign.

Fears have been mounting that the Lib Dems are failing to win over voters, with the party’s ‘hard Remain’ stance and a Labour squeeze blamed for a slump in the polls.

But Ms Swinson’s own personal ratings have also been dire, now rivalling Jeremy Corbyn at the bottom of the charts.

Pressed on BBC Breakfast today over what she could do to turn the situation around, Ms Swinson said people had been urging her to speak and dress differently.

On BBC Breakfast today, Jo Swinson said she had received a welter of ‘unsolicited advice’ on how to revive her flagging campaign 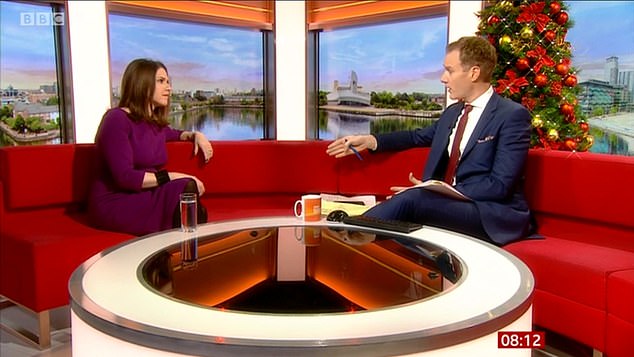 ‘Or in one case, somebody suggested that I should wear lower cut tops.

‘I mean as if that’s going to be the thing that changes the poll rating. I’m not short of unsolicited advice.’

Asked if the ‘advice’ was coming from her own election team, she said: ‘Not in my election team, but as I say, I do get these gems of advice that come to me.

‘I am who I am and some people will not like the way that I dress or talk or my accent or whatever.

‘And fine. In a sense that’s their problem. I’m going to stand here, do the best that I can arguing for the positions that I believe in because I do believe our politics can be better.

Ms Swinson came under fire at a Channel 4 debate last night in which a furious voter accused her of being a ‘Tory in disguise’.

A woman in the audience said: ‘You’re a Tory in disguise, state what you are. You dare to try and raise taxes on lower earners when the country is in austerity. How dare you.’

Ms Swinson replied to her critic by saying: ‘And we need to end that [austerity] by investing in our public services and we need to be honest about how we do that.

‘If you look at the independent Institute for Fiscal Studies, they have looked at the Labour plan and they say they are not credible.’

The comeback saw shadow education secretary Angela Rayner launch into an angry tirade, yelling at the former coalition minister: ‘You voted for the bedroom tax, you voted for austerity, you voted for tuition fees.

‘You did that nine years ago – apologise for tuition fees.’

The Lib Dem leader responded by accusing Labour of ‘making a list of promises that you cannot deliver’.

Ms Swinson also brought up her cannabis use when asked to identify the ‘naughtiest’ thing she had ever done.

‘I did smoke a fair bit of cannabis at university,’ she told PA. ‘It wasn’t just one, and I did inhale.

‘I don’t know whether that counts as particularly naughty, but your readers and viewers will be able to make up their own mind on that.’ 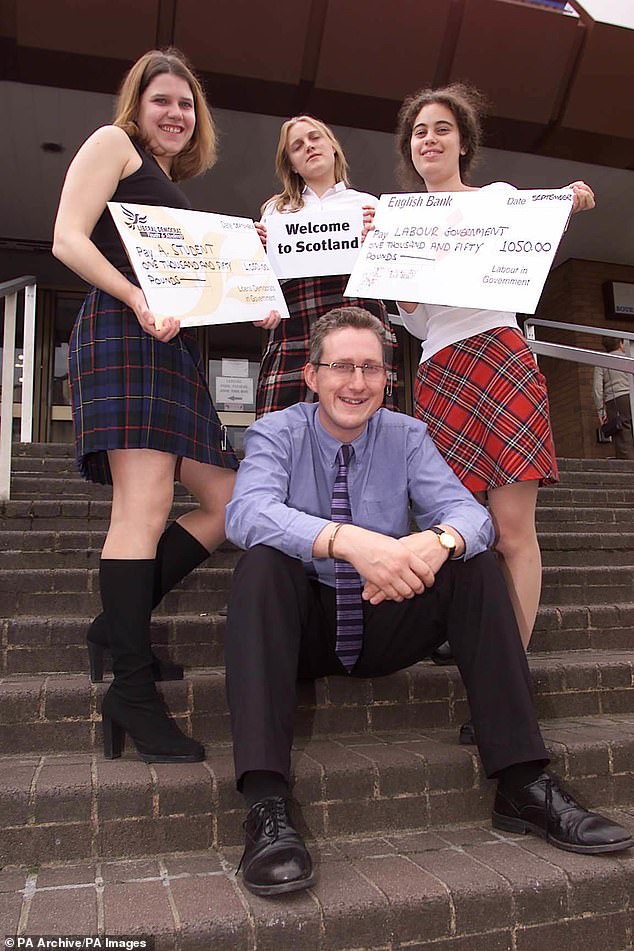 Ms Swinson (pictured top left during her university days) said her cannabis use was the ‘naughtiest’ thing she had ever done, a question which has proved difficult for political leaders to answer