To Joanna Lumley’s fans, it’s an iconic photograph that shows the TV beauty on the cusp of fame in The New Avengers.

But to Miss Lumley herself, the publicity shot that made her a screen siren as Purdey is simply sexist ‘upskirting’.

The 72-year-old yesterday revealed the misogyny she endured while playing the high-kicking British spy in the classic 1976 TV series.

Miss Lumley wore tights to the photoshoot set up to announce her role in the show – but she was then told by producers that the event wouldn’t be covered by photographers unless she put on stockings instead.

Speaking yesterday about her experience, she told the BBC’s Andrew Marr Show: ‘When we launched it and were about to say, ‘Ladies and gentlemen, the new Avenger girl will be Joanna Lumley’ it was outside the Dorchester, and we’d got a great big Rolls-Royce, they’d got all the accoutrements, an umbrella, they’d got a bowler hat, they’d got all the things that looked a bit Avenger-ish and they said, “Joanna, if you could just come up in the Rolls-Royce and hoick up your skirt and show us your stockings”, and I said, “But I’m wearing tights!”.

‘There was a dull roar from the Press gang, and they said, “If you’re not wearing stockings we won’t cover the occasion and we won’t take any pictures”.’

She then had to dash into the famous Mayfair hotel and pay an ‘oldish woman’ £5 for her stockings. But because the lady was shorter than her, the stockings were too small – and they weren’t even a pair.

Miss Lumley explained: ‘So one had a huge thing at the top, one had a little thing, and they only came up to just above my knees. 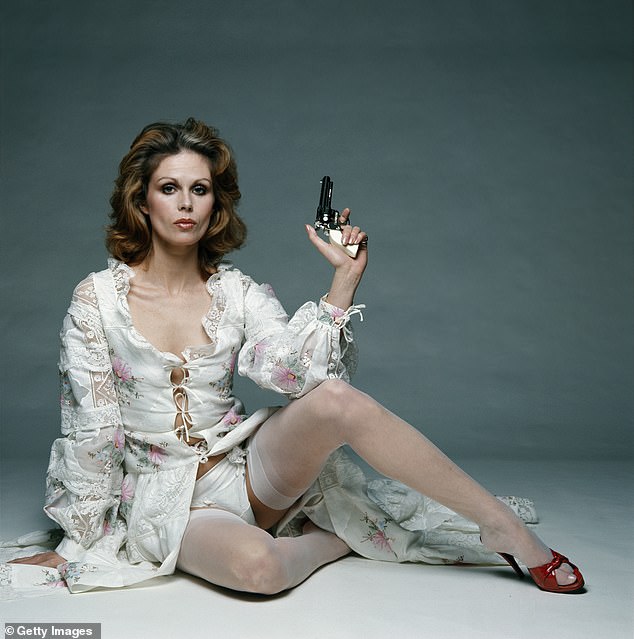 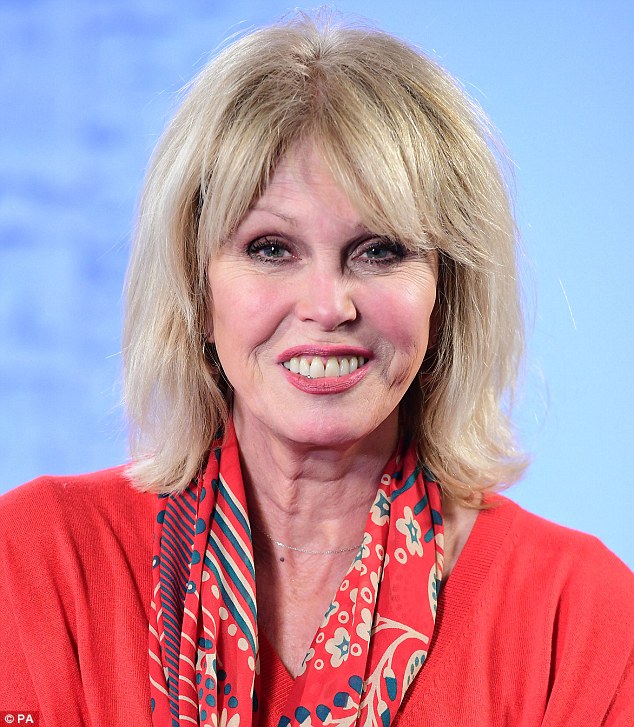 Speaking about her experience she told the BBC’s Andrew Marr Show: ‘talk about upskirting’

‘I stood there and they said, “Put a gun in your stocking” – I put a gun there. They would only take a picture of me – talk about upskirting – if I had stockings on and a gun in my stocking!’

But she added that she enjoyed the role – with the fight scenes being a particular favourite because they gave her the chance to show off her kicks.

The actress played a spy working for British intelligence in the television series, which ran for 26 episodes from 1967 to 1977, alongside Patrick Macnee playing John Steed and Gareth Hunt as Mike Gambit.

The popular show served as her breakthrough role. She chose the character’s distinctive hairstyle herself after asking the show’s hairdresser to cut it so that she looked like a ‘prep school boy’.