‘It wasn’t an apple a day’: Joaquin Phoenix reveals the extreme diet he followed to quickly lose 52LBS in preparation for his role as the Joker

Joaquin Phoenix has opened about the extreme diet that helped him quickly lose 52 pounds to play the Joker in the titular film based on the DC Comics villain.

The 44-year-old actor shot down rumors that he only ate an apple a day to achieve his astonishing weight loss, telling Access Hollywood that he consumed more food than that  ⁠— though not much more.

‘It wasn’t an apple a day. No, you’ve also got lettuce and steamed green beans,’ he said of what he ate in preparation for the role.

Extreme: Joaquin Phoenix, 44, revealed he ate lettuce and steamed green beans to lose 52 pounds to play the Joker in the titular film based on the DC Comics villain (pictured)

Throwback: The actor shut down rumors that he only ate an apple a day to transform his body. He is pictured before filming in April 2018 (left) and during filming in September 2018 (right)

His drastic physical transformation was jarring, but he insisted that he lost the weight as safely as possible with the help of a medical professional.

‘It’s something I’ve done before and you work with a doctor and its all regimented and overseen and safe,’ he explained.

Although Joaquin has lost weight for roles before, he admitted that ‘Joker’ director Todd Phillips didn’t make it easy on him.

The ‘Her’ star recalled how the producer always had the one food item he craved on hand, which made his diet a bit more of a struggle. 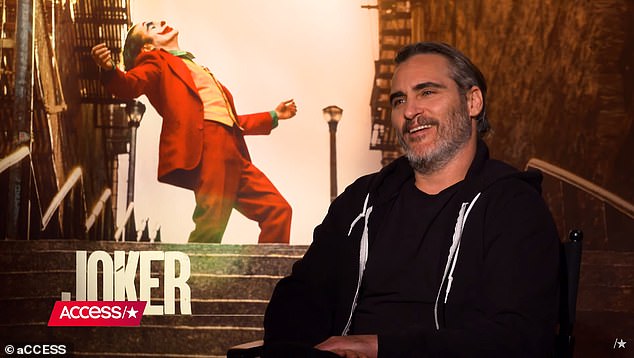 Old pro: While speaking with Access Hollywood, Joaquin explained he consulted with a doctor to ensure he lost weight as safely as possible

‘Todd did have these f*****g pretzels that I love. And he’d just have bags of them in his office!’ he said. ‘And that was difficult.’

The film, which hits theaters in October, tells the story of how impoverished stand-up comedian Arthur Fleck transformed into the Joker after being disregarded by society.

‘I had really complicated feelings toward the character when I read the script and started preparing for it. But I like that. I like that it challenged me,’ Joaquin said of the gritty origin story.

‘It’s not an easy movie. And it’s unsettling and uncomfortable at times. But there are other times where I think you feel ecstatic,” he explained.

‘It’s not always enjoyable, but it makes you feel — a really strong, emotional reaction. I think that’s what I look for in a film, certainly as an actor and I think as an audience member as well.’ 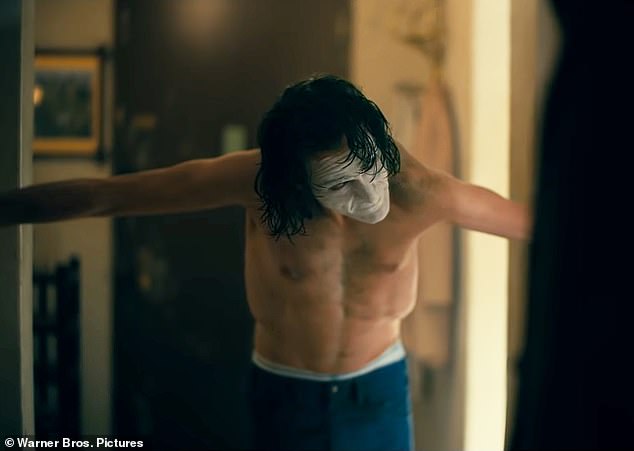 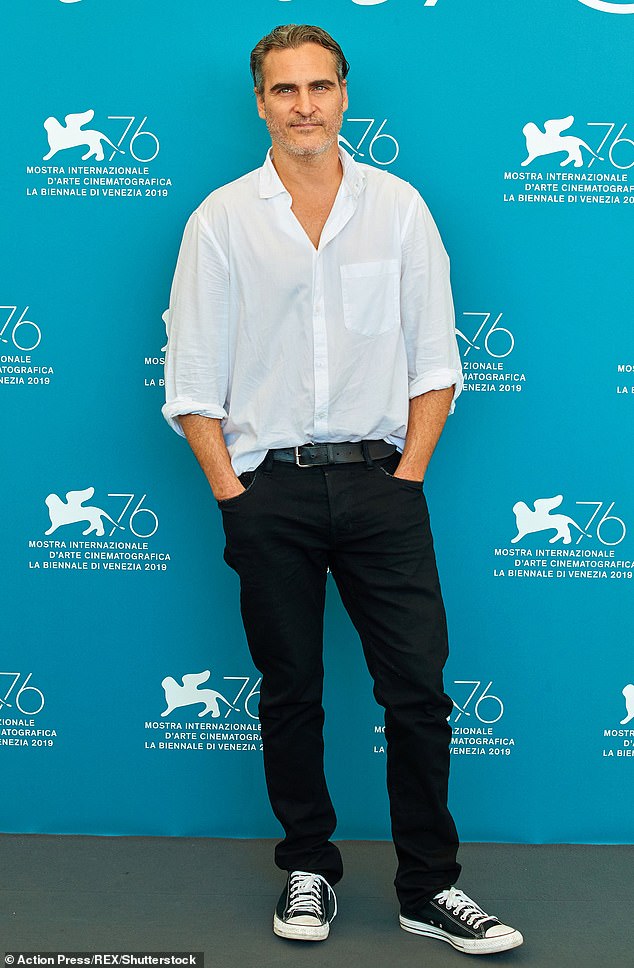 Healthy: Joaquin was back to his former self when attended the ‘Joker’ film premiere at the Venice Film Fesival last month

Joaquin’s character is wearyingly thin in the film, and he admitted that he had reservations about taking on such a drastic weight loss.

‘It’s a horrible way to live,’ he told the New York Times. ‘I think [the Joker] should be kind of heavy. Todd was like, “I think you should do the real thin person.”‘

When the film premiered at the Venice Film Festival last month, the Oscar-nominated actor said his extreme diet helped him prepare for the role in more ways than one.

‘The first thing for us was the weight loss — I think that’s really what I started with,’ he said of working with the film’s director.