It’s been just over a year since Johnny Ruffo received the shock diagnosis that he had brain cancer.

After suffering an excruciating migraine last August, the 30-year-old was urged by girlfriend Tahnee Sims to go to hospital – where he discovered he actually had a brain tumour.

Speaking to Daily Mail Australia at Cure Brain Cancer Foundation’s Avant Garde Ball this month, Johnny admitted the ordeal had been ‘full-on’ from the beginning.

EXCLUSIVE ‘As soon as you hear the news it’s like… sh*t’: Home And Away’s Johnny Ruffo admits his brain cancer battle was ‘pretty heavy hitting from the get-go’… as he credits girlfriend Tahnee Simms as being his ‘rock’

‘It’s pretty heavy hitting from the get-go so it’s not something that doesn’t really sink in straight away. As soon as you hear the news it’s like… sh*t,’ Johnny said.

He added: ‘It’s been pretty full on. But I think as you go on, you kind of find ways to deal with it a bit more and just develop coping mechanisms.’

Johnny, who is currently in his 12th cycle of chemotherapy and is waiting for his next MRI result to reveal whether he is ‘in the clear’, said he is keeping positive. 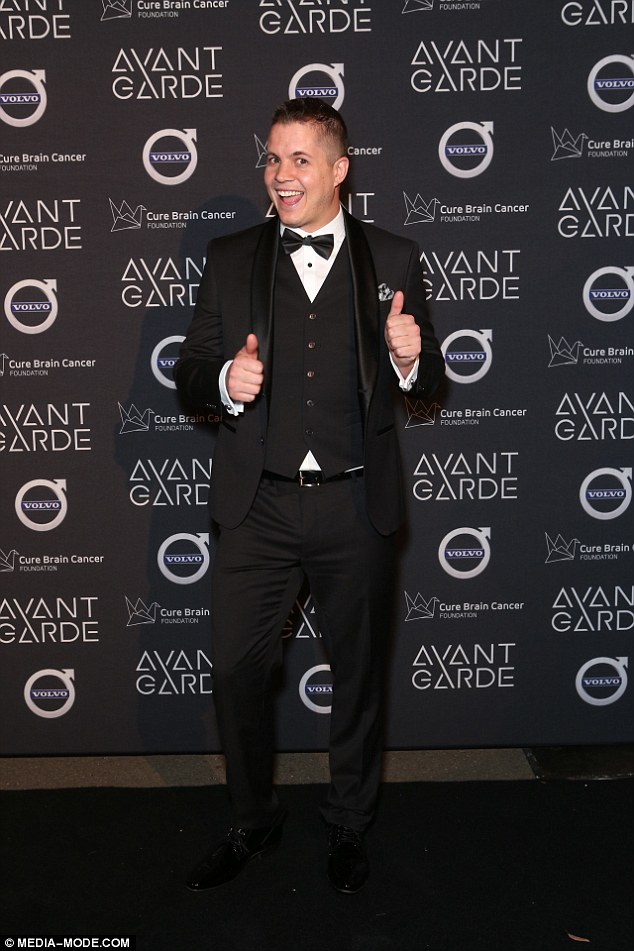 ‘You kind of find ways to deal with it a bit more’: Johnny (pictured at Cure Brain Cancer Foundation’s Avant Garde Ball) said he was keeping positive 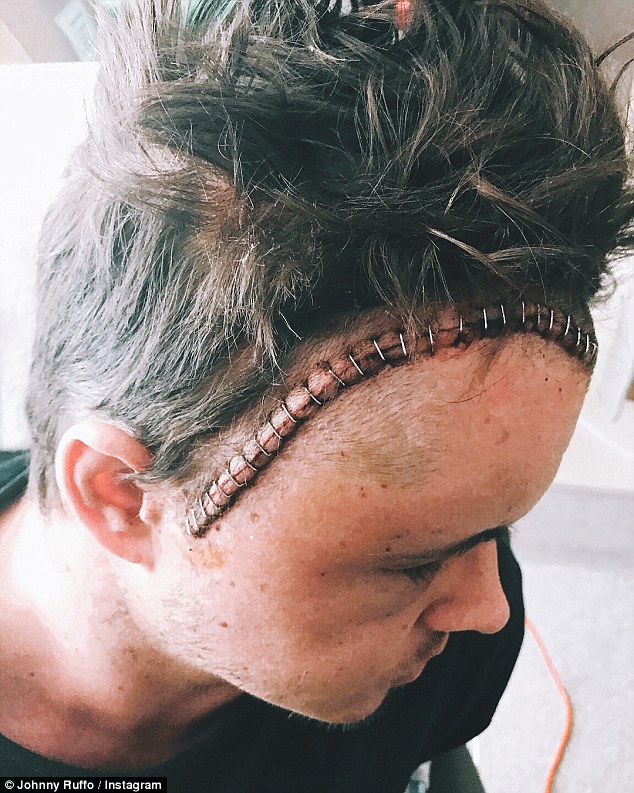 Shock diagnosis: Suffering migraines in August last year, Johnny was urged by girlfriend Tahnee Simms to go to hospital – where he discovered he had a brain tumour

When it comes to the tough moments in his battle against the disease, the X Factor star explained that  ‘it ebbs and flows.’

‘During chemo’s the worst I suppose – you’re vomiting and feeling like absolute crap and nauseous,’  he shared.

‘I guess you’ve just got to take the good with the bad. The good days you enjoy a lot more because you don’t know when they’re going to be and how far apart they are. All in all, I’ve been fairly positive throughout the whole ordeal.’ 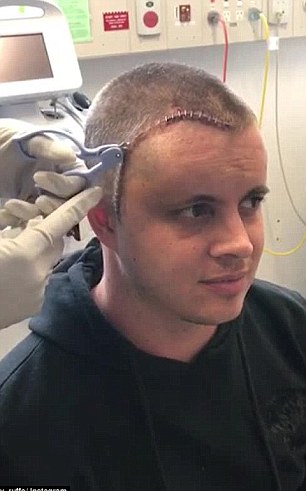 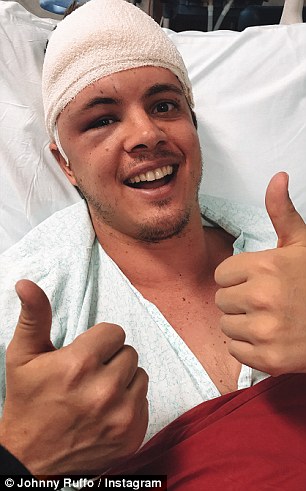 ‘You’ve just got to take the good with the bad’  The former Home and Away star said going through chemotherapy was the worst part of his cancer fight, but he was appreciating the good days a lot more

By Johnny’s side from the start is his girlfriend Tahnee Simms, who he has been dating since 2015 after meeting at a dance studio.

‘She’s been incredible. I can’t fault her. She’s been there for me every step of the way from literally the day I was diagnosed to now,’ Johnny gushed.

‘She’s been absolutely amazing. She’s been my rock so it’s been really good.’ 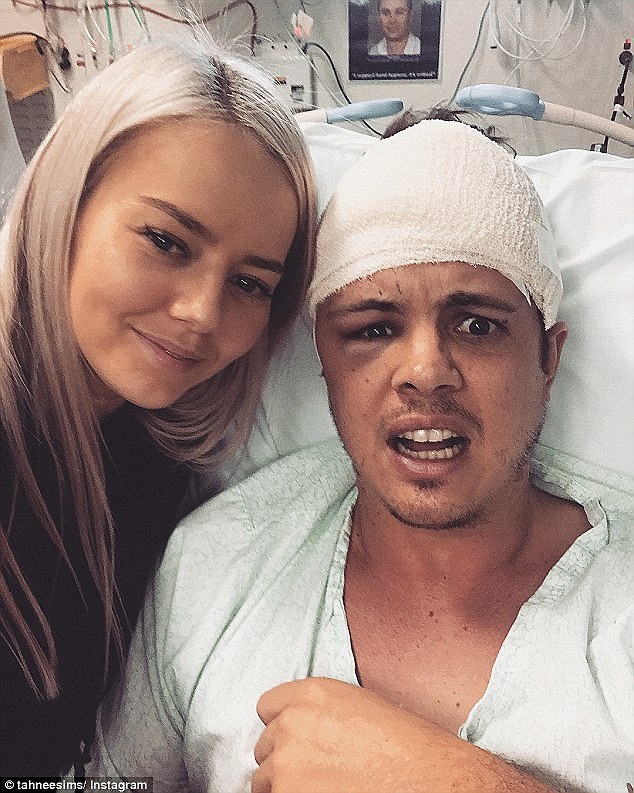 ‘She’s been incredible. I can’t fault her’: Johnny also gushed over girlfriend Tahnee for being by his side ‘every step of the way’

The loved-up pair recently returned from a holiday to the US, which Johnny said was a much-needed break.

‘It was amazing, It was really good. It was great to get away,’ the singer said.

‘We did all the touristy things. We went to New York, Times Square, Empire State. We went to Disneyland as well – the happiest place on earth – and Vegas for my cousin’s 30th.’

To donate to the Cure Brain Cancer Foundation, click here. 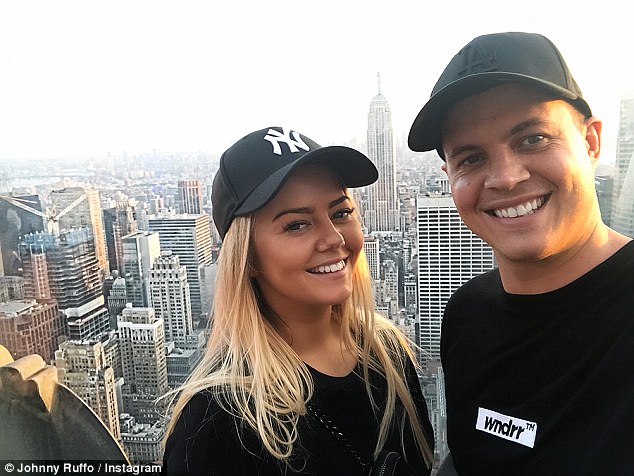 Loved-up getaway: The smitten couple recently enjoyed a trip to the USA