The Jonas Brothers have gotten back to work.

The group – comprised of Kevin, 33, Joe, 32, and Nick, 28 – were seen shooting a music video for an unknown song in downtown Los Angeles on Wednesday.

Kevin was seen riding a Vespa for the shoot, and in one scene the whole group performed their song in front of a marching band and several construction workers.

Back on set: The Jonas Brothers have gotten back to work. The group – comprised of Kevin, 33, Joe, 32, and Nick, 28 – were seen shooting a music video for an unknown song in downtown Los Angeles on Wednesday

The Happiness Begins hitmakers released two new singles earlier this year: Remember This and Leave Before You Love Me, which they collaborated on with producer Marshmello.

The band split up in 2013 because of creative differences that developed while working together in 2011 and 2012.

Due to the earlier split, Nick Jonas’ solo album Spaceman, released earlier this year, sparked some rumors that the group was breaking up once again. 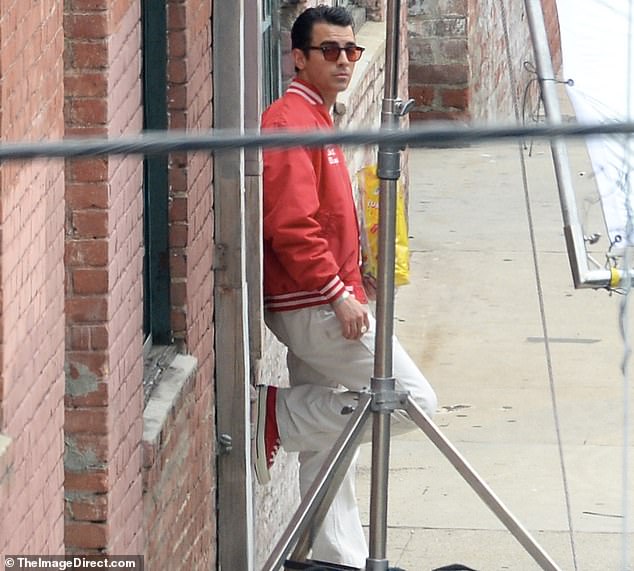 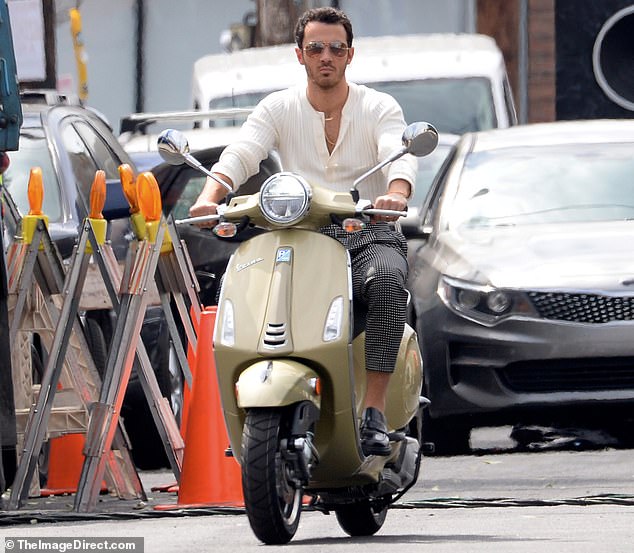 Happiness again: Kevin was seen riding a Vespa for the shoot as he had on a beige top with black and white slacks

However, the boys in the band quickly dispelled any notion of such a split.

During an Instagram Live in March alongside his brothers Joe Jonas said more music was coming, ‘We plan on releasing a body of work. We’re not 100 percent sure when, obviously this last year kind of shifted timelines quite a bit for everyone, so that’s our reasoning.

‘We’re not holding anything back from the fans that want new music, but we’ve got some good stuff we’re working on and we can’t wait to share it with you guys.’ 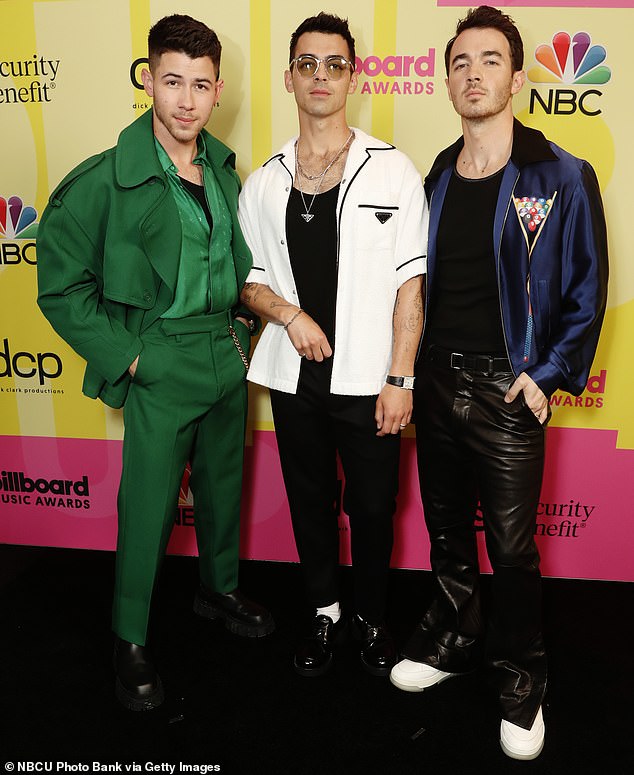 New music: The Happiness Begins album makers released two new singles titled Remember This and Leave Before You Love Me; seen in May 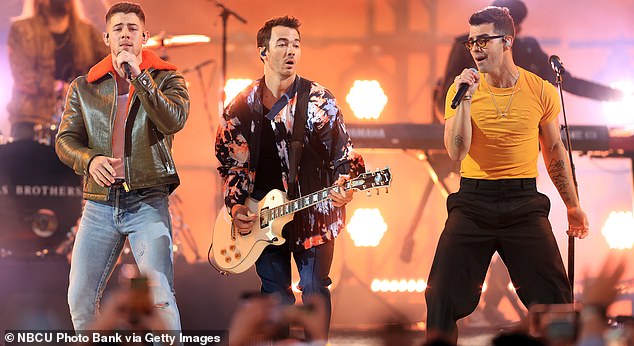 Back on stage together: The brothers performed at the Billboard Music Award in May

The group then performed together at the Billboard Music Awards in May.

As for the group’s persona life, all three of the bandmates are married now. Joe married actress Sophie Turner in 2019. They had a daughter in July of last year

Nick married actress and model Priyanka Chopra in 2018. Kevin Jonas married his wife Daniella in 2009. The pair have two children together: 7-year-old Alena and 4-year-old Valentina.

Nick told Extra back in February that he and and Chopra want children saying, ‘We’d be blessed with any child, son or daughter or anything.’ 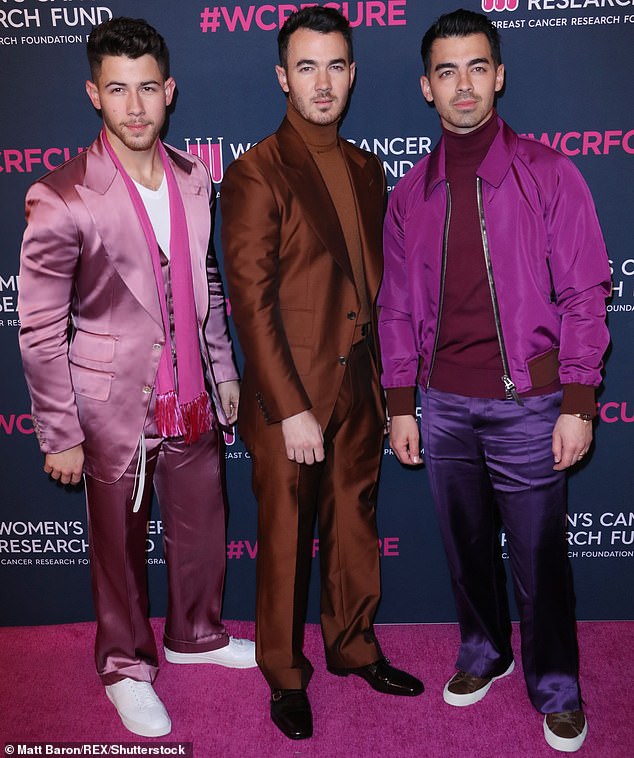 Not breaking up: Rumors swirled that the group was breaking up again after Nick Jonas released a solo album this past February; seen in 2020