‘They’re a fantastic side but we need to focus on our own game: we’ll play as if it were a final,’ Cuadrado said ahead of the last-eight meeting.

Juventus have lost their two previous finals against Real Madrid, including a 4-1 defeat in Cardiff last year in the Champions League, but between those two clashes have won all three of the two-legged knockout matches against the Spanish giants.

‘We win the matches which last 180 minutes but lose those that last 90. Maybe we should play the finals over 180 minutes.’

Juventus are again in the hunt for a famous treble. They beat AC Milan 3-1 on Saturday to move four points clear of Napoli at the top of Serie A and have also booked a spot in the Italian Cup final.

Cuadrado scored Juve’s second goal against Milan after coming on as a substitute for his first appearance following more than three months out with a groin injury. 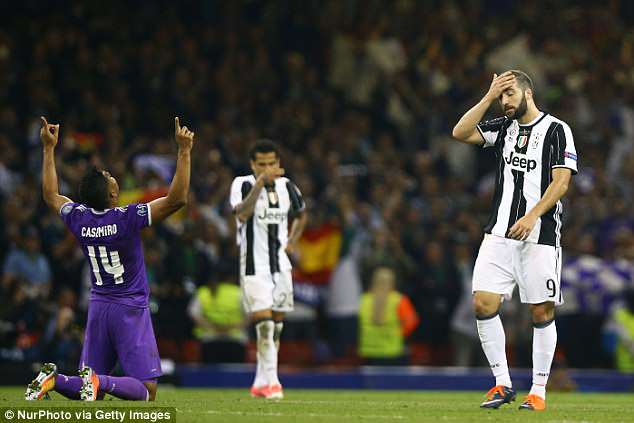 ‘He’s come back well and has astounded me because often in the past he hasn’t done well coming off the bench,’ Juventus coach Massimiliano Allegri said.

Juventus will have to perform better than they have done in their past two matches.

After a 0-0 draw at lowly Spal, Allegri’s men were outplayed by Milan for much of Saturday’s match before Cuadrado’s 80th-minute goal.

Juventus defender Mehdi Benatia and midfielder Miralem Pjanic are both suspended for the match against Madrid, having picked up yellow cards in the last-16 victory over Tottenham.

Madrid travelled to Turin with a fully fit squad, with the exception of defender Nacho, who is set to miss out with a thigh injury. 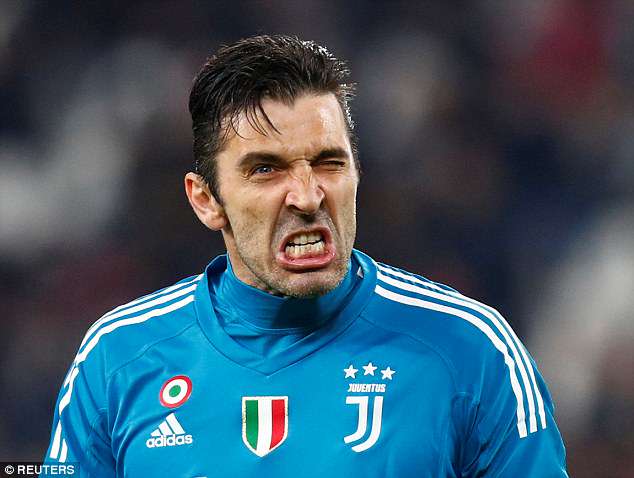 Juventus captain Gianluigi Buffon said: ‘Let’s hope everything will be different’ ahead of the tie

Gareth Bale scored twice against Las Palmas on Saturday but could be left out on Tuesday, just as he was in the round of 16 tie against Paris Saint-Germain.

Buffon is clear who he fears the most. ‘I have endless admiration for Cristiano Ronaldo,’ the goalkeeper said.

‘He’s managed to get better with time. He’s changed position, expending less energy than before but he’s really lethal.

‘I have never seen anyone with the same assassin’s instinct as Ronaldo. I had the fortune to play against the Brazilian Ronaldo, with and against (Zlatan) Ibrahimovic, but Cristiano Ronaldo is picking up record after record.’

Ronaldo has scored seven goals in the five matches he has played against Juventus. 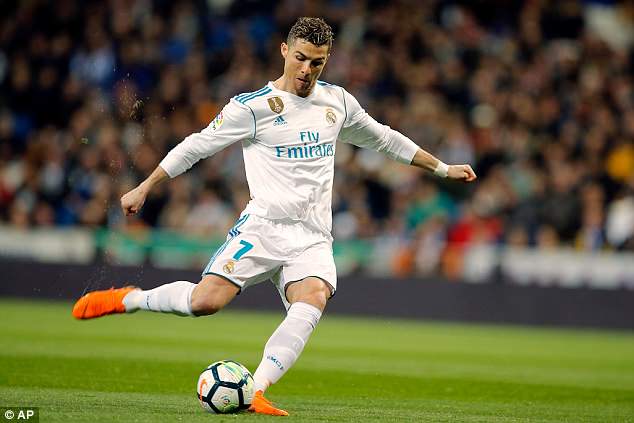