A mother-of-one who was slapped with a $213 fine simply for honking her car horn has claimed cops were looking for ‘an excuse’ to hand out infringements.

Carolina, who didn’t give her last name, said she tooted the horn in support of a protest happening as she drove past Kangaroo Point Central Hotel & Apartments, in Brisbane, on Sunday.

The protest was deemed legal and peacefully demonstrated against the internment of asylum seekers who have been brought to Australia for medical attention but detained in the hotel.

The asylum seekers are forbidden from leaving the premises and have not been able to accept visitors since COVID-19 restrictions were brought in earlier this year.

Carolina and her one-year-old daughter drove past the protest before the mother honked her horn in support, Courier Mail reported. 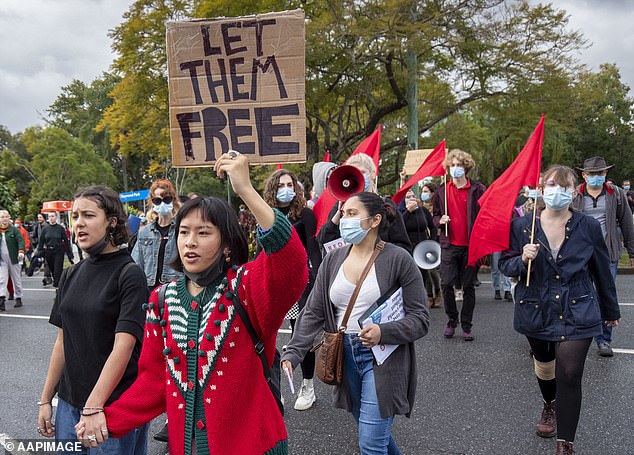 But she soon found she had got a text message giving her a fine after her number plates were taken down by police.

It is an offence to sound a bell, horn or warning device in any circumstance unless to alert other road users of your presence, and cops different fines in every state.

‘I shouldn’t have to spend my Sunday afternoon protesting against human rights abuses, and I definitely shouldn’t have been fined simply for attending a court-authorised peaceful assembly,’ she said.

‘I’d heard stories of how the police were looking for any excuse to fine people who attend the Kangaroo Point detention centre, but this seems especially petty and ridiculous.’

Protests have been held outside the hotel since April while demonstrators have previously threatened to disrupt traffic twice a day for the next six months if the 120 male asylum seekers are moved to Christmas Island.

A ‘pledge to resist’ petition has already collected more than 400 signatures, including the support of local Brisbane City Councillor Jonathan Sri, who was arrested at a previous rally.

Queensland Police told Daily Mail Australia in a statement the fine was on hold while a review into the matter was being conducted.

‘The Queensland Police Service can confirm that an infringement notice was issued. The Officer In Charge of Morningside Police Station, where the issuing officer is stationed, has contacted the recipient to discuss the matter.

‘The QPS can advise that the infringement notice is currently being reviewed, and the recipient will be advised in due course.

‘The matter is on hold while the review is being conducted.’ 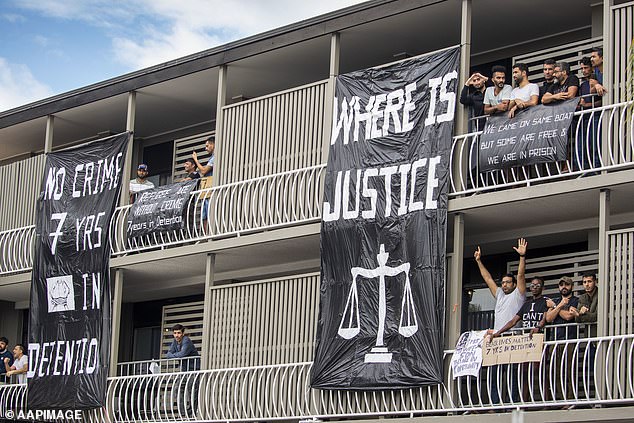