British actress Kaya Scodelario says she’s grateful for the support she has received since revealing last October that she suffered a sexual assault when she was 12.

The actress originally spoke out in a series of tweets as part of the #MeToo movement.

In London to promote her new film Maze Runner: The Death Cure, she told Metro.co.uk: ‘The response was wonderful, it was a relief but I am still dealing with it, and I am now dealing with a new side of it, which is this. I will be asked about it forever now.’

‘I hope it doesn’t define me but it will always be under my name and I accept that – but I am proud I was brave enough to do it and I am grateful for the support I had from friends.’

British actress Kaya Scodelario, pictured Monday in London, says she’s grateful for the support she has received since revealing she suffered a sexual assault when she was 12

Scodelario, 25, says it was the outpouring of stories from women in the wake of the Harvey Weinstein scandal that prompted her to go public with her own experience.

She explained: ‘I remember thinking that if I was 12-years-old and I had this horrific thing happen to me but I saw a woman I admired speaking up about it, it would have made me feel less guilty, and it would have inspired me to think ‘this won’t hold me back, this is something that has happened but I am not a victim’.’

‘So I thought if I can do that for one person then I owe it to my 12-year-old self,’ she said. 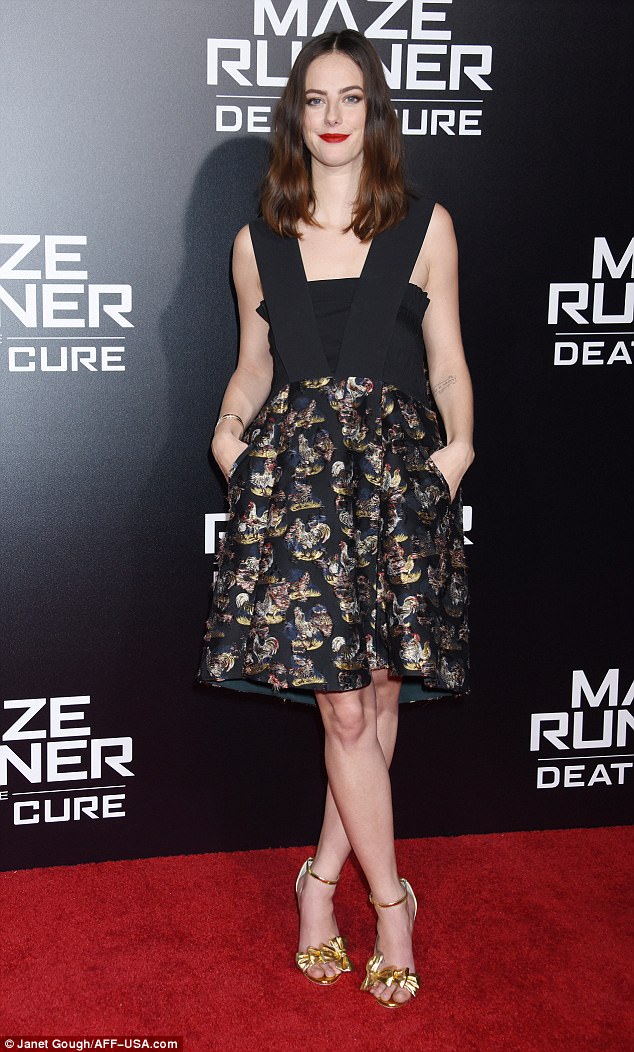 The 25-year-old Maze Runner star told Metro.co.uk that she hopes the revelation ‘doesn’t define me’ but that she’s ‘proud I was brave enough’ to go public with her experience 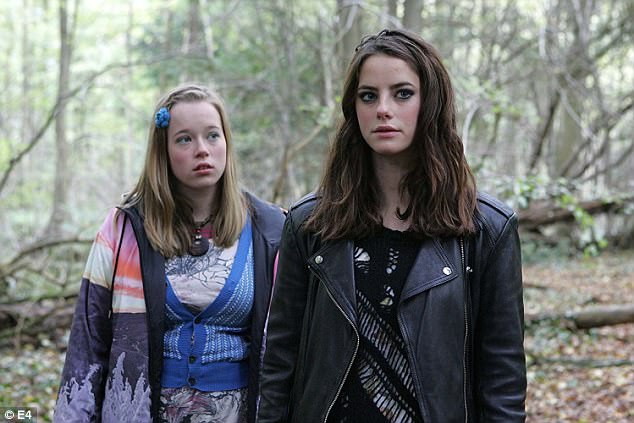 Scodelario found fame after being cast in British TV series Skins when she was 14 and she played Effy Stonem, pictured, on the show through 2013

The actress, the daughter of a Brazilian mother and English father, found fame after being cast age 14 in the British TV series Skins.

She played the character Effy Stonem from 2007 through 2013 and went on be cast as Teresa in 2014’s The Maze Runner and its two sequels.

Last October 16 she tweeted: ‘It’s taken me 13 years to say #MeToo .He is still protected by ‘family members’ in Brazil. They’ve told lies to papers to try to silence me.’ 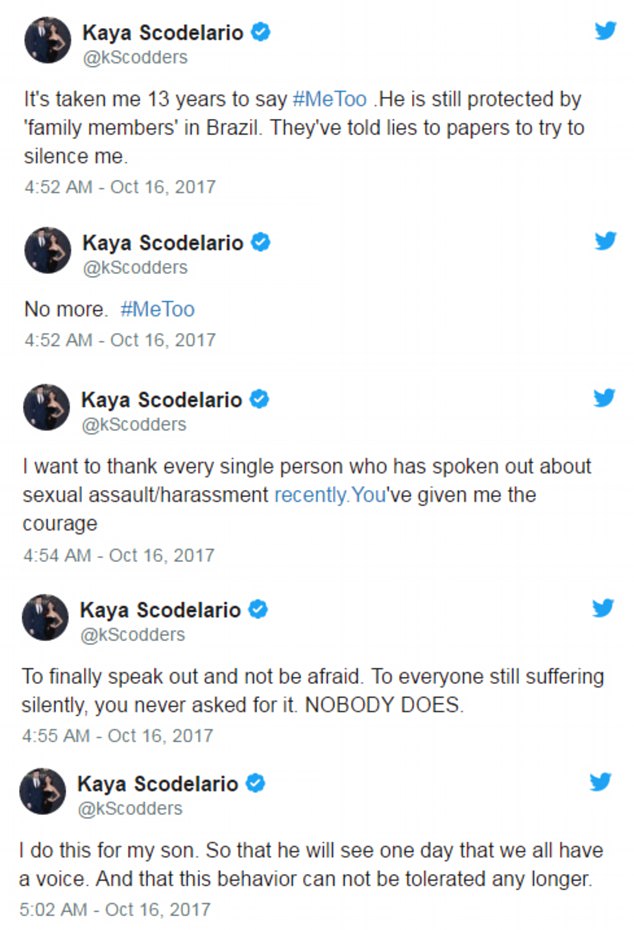 In October, Scodelario revealed her experience in a series of tweets using the hashtag #MeToo after seeing other women come forward publicly with their stories of harassment and abuse

She followed up with more tweets, sharing: ‘I want to thank every single person who has spoken out about sexual assault/harassment recently. You’ve given me the courage.’

‘To finally speak out and not be afraid. To everyone still suffering silently, you never asked for it. NOBODY DOES.’

She ended with this tweet: ‘I do this for my son. So that he will see one day that we all have a voice. And that this behavior can not be tolerated any longer.’

Scodelario is married to American actor and comedian Benjamin Walker and they welcomed a son in November 2016. 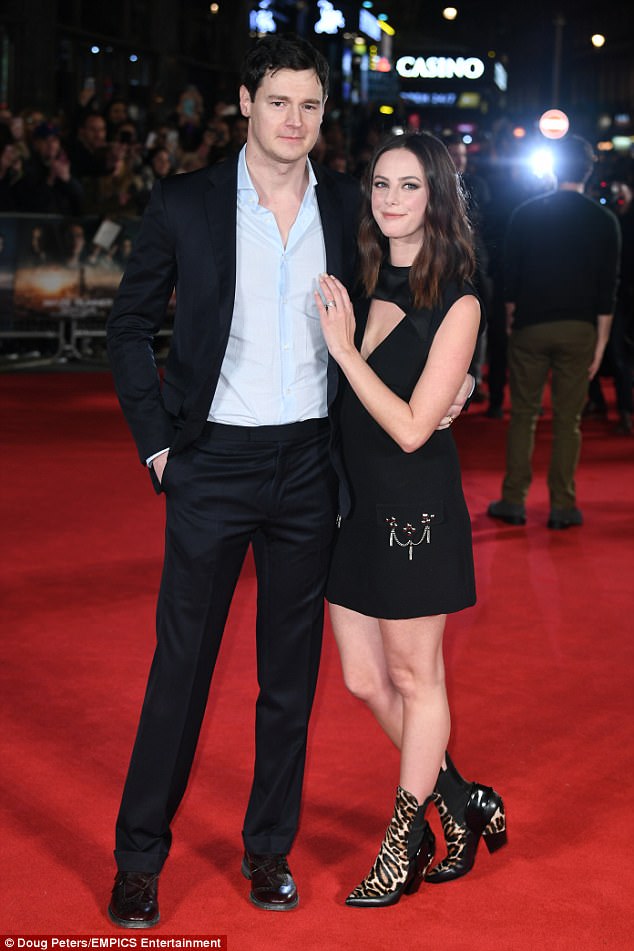 Scodelario is married to American actor and comic Benjamin Walker and they have a one-year-old son. They’re pictured together at the London premiere of Maze Runner: The Death Cure