A British couple have been kidnapped by suspected terrorists while on holiday in South Africa.

The pair had been snatched while visiting KwaZulu-Natal in the north-east of the country and their family were not even aware they were in danger or indeed missing.

Anti-terrorist officers who were monitoring two suspects discovered information linking them to a couple in Cape Town who had not returned as expected on February 15.

Police said the couple left the Western Cape on February 5 on a trip to collect seeds and indigenous plants.

A British couple were kidnapped by suspected terrorists while on holiday in South Africa. File photo shows Durban in the KwaZulu-Natal province

South African authorities and the British Foreign Office are refusing to name the couple, who hold joint British and South African nationality, stating that it could affect an ongoing security operation against a terror cell linked to ISIS.

The suspects who were arrested have been identified as Sayfydeen Aslam Del Vecchio, 38, and Fatima Patel, 27, and they appeared in the Vryheid Magistrate’s Court on Monday.

Miss Patel was previously arrested along with her brother Ebrahim in Azaadville on the West Rand by the South African task force the Hawks during anti-terrorism raids in 2016.

The Hawks are the specialist priority crime investigation wing of the South African Police Srrvice which target organized crime and economic crime and corruption and terrorism. 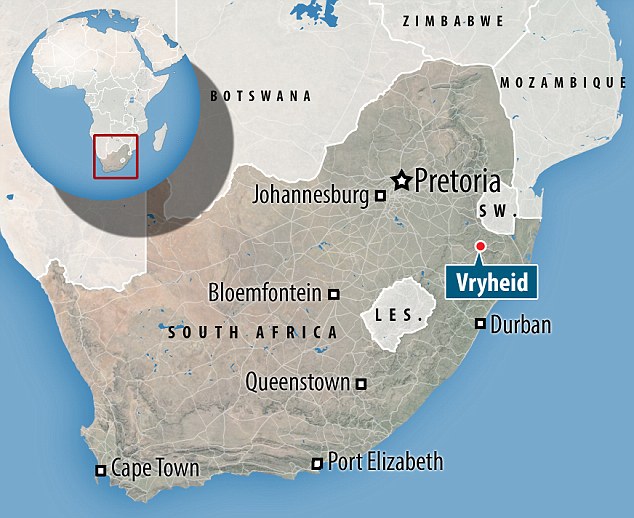 Also arrested in the July 2016 swoop were twin brothers Brandon-Lee and Tony-Lee Thulsie, accused of planning terrorist attacks at the behest of the Islamic State in South Africa.

Their trial resumed in Johannesburg on Tuesday but was postponed to April 16.

Sources with knowledge of the investigation told TimesLIVE that Del Vecchio and Patel had used the affluent coastal hamlet of Ballito as a base from where they operated from.

They were found in possession of Islamic State recruiting material.

Hawks spokesman Brigadier Hangwani Mulaudzi said that during surveillance of the suspects, operatives had gathered information allegedly linking them to the missing British couple from Cape Town.

He said: ‘Both had been on our radar for a long time and we had them under surveillance.

‘While this operation was under way we gathered information on two people from Cape Town who had gone on a trip to the Free State and KwaZulu-Natal and who had not returned.

‘The Cape Town couple had left the Western Cape on February 5 and they were expected to return on February 15. They were going on a trip to collect seeds and indigenous plants.’ 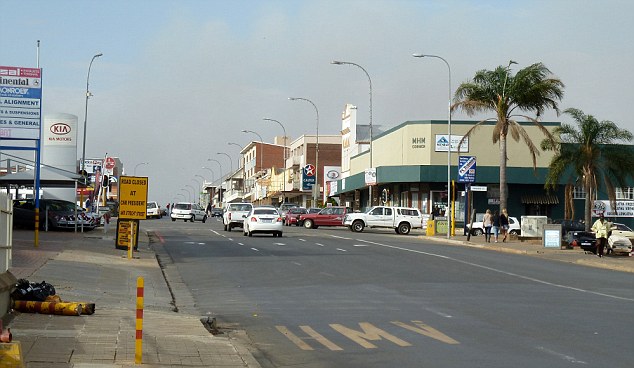 South African authorities and the British Foreign Office are refusing to name the couple stating that it could affect an ongoing security operation against a terror cell linked to ISIS. Pictured, Vryheid

Brigadier Mulaudzi said police then approached the couple’s family who had no idea that they were missing.

He said: ‘We informed the family about the disappearance of their loved ones and they told us the couple had last communicated with them on February 12.

Mulaudzi said the Hawks were exploring all lines of inquiry and could not comment further or reveal the identities of the kidnapped couple while the investigation continued.

Patel had been out on bail after her arrest in 2016 when police raided the property in Azaadville, when police seized 20 rounds of ammunition and a stun grenade.

She and her brother were charged with contravening the Explosives Act and Firearms Control Act. Both were released on R5000 bail (£300).

On Tuesday, Patel’s attorney, Yoush Tayob, confirmed she had appeared in court on Monday and been remanded in custody.

He said:’I have instructed an attorney in Durban to represent her and we are still trying to examine the provisional charge sheet.

‘I am hearing that they have been charged with kidnapping, robbery and flying an ISIS flag at a public event. We should know more ahead of the bail application in March’ he said.

He said Patel’s 2016 matter against her was still before the Kagiso Magistrate’s Court awaiting a ruling on the admissibility of evidence.

The Thulsie twins, allegedly linked to IS, have been held in custody since their arrest in 2016.

They stand accused of plotting terror attacks on South African soil, including the bombings of the US embassy and Jewish institutions.

In the indictment before court, the twins were allegedly instructed to carry out a series of attacks using firearms, explosives and even poison.

Among the instructions from an ISIS figure, intercepted by counter-intelligence agencies, the twins were to kill affluent Jews and even assassinate cartoonist Zapiro for his caricature of the Muslim prophet Mohammed.

Tony-Lee is also accused of discussing terrorist plans with an undercover US Federal Bureau of Investigation agent between May and June 2016, during which time he sought advice on how to build bombs.

His brother is alleged to have acquired a copy of The Mujahideen Poisons Handbook. 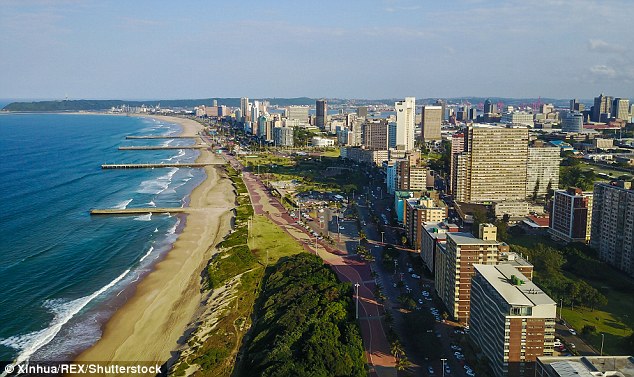 Visitors to South Africa are being warned of an increased threat of kidnapping throughout the country. Pictured, the coast of Durban

Visitors to South Africa are being warned of an increased threat of kidnapping throughout the country by the Foreign and Commonwealth Office after the coupel were captured.

In an update to its travel advice site, it said British nationals are at risk because ‘they can be perceived as being wealthier than locals and may be at particular risk of kidnap for financial gain.’

No further details on the latest kidnappings have been released, but the FCO said the pair had dual British and South African citizenship.

It added the main threat was from extremists linked to Daesh.

‘Attacks could be indiscriminate, including in places visited by foreigners such as shopping areas in major cities,’ the FCO said.

‘News reports suggest that a number of South African nationals have travelled to Syria, Iraq and Libya. They are likely to pose a security threat on their return.

‘There’s also a threat from individuals who may have been inspired by terrorist groups including Daesh to carry out so called ‘lone actor’ attacks targeting public places including where foreigners may gather.

‘South African authorities have successfully disrupted several planned attacks and made a number of arrests related to terrorism offences including alleged plots to attack Jewish targets and western diplomatic missions.

‘South African authorities have also been effective against right-wing extremists.

‘There’s a heightened threat of terrorist attack globally against UK interests and British nationals, from groups or individuals motivated by the conflict in Iraq and Syria.

‘You should be vigilant at this time.’

British tourists in the popular South African city of Cape Town also face the imminent threat of a drought at the moment due to a long dry period in the region with dams nearly empty.