Aspiring lawyer Kim Kardashian looked very much at home during her recent visit to the White House.

On Monday Kim, 38, shared photos from her visit to President Trump’s workplace in Washington D.C. earlier this month where she dressed in a green power suit and gave a speech about criminal justice reform issues.

In one image the mother-of-four sat on top of a mahogany table alongside her legal mentors Erin Haney and Jessica Jackson.

Legally brunette: Kim Kardashian looked right at home in the White House during her visit earlier this month. The reality star shared photos on Monday

The reality star is advocating for criminal justice reform issues and while at the White House on June 13 promoted efforts to help those leaving prison return to the work force.

In her caption Kim wrote: ‘Since the passage of the First Step Act in December, I’ve been speaking with people coming home from prison and learning about the challenges they are facing.

‘While I have been able to offer support to some of the individuals I have met, the obstacles to success are an everyday struggle for thousands and more needs to be done.

Offering support: In her caption the mother-of-four wrote about how she’s happy to be a part of the effort to help prisoners adjust back to daily life after prison 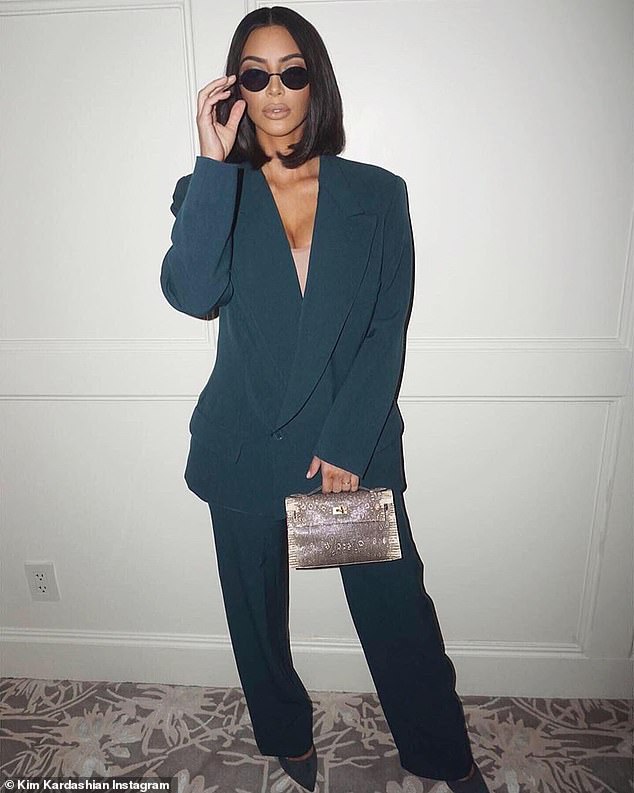 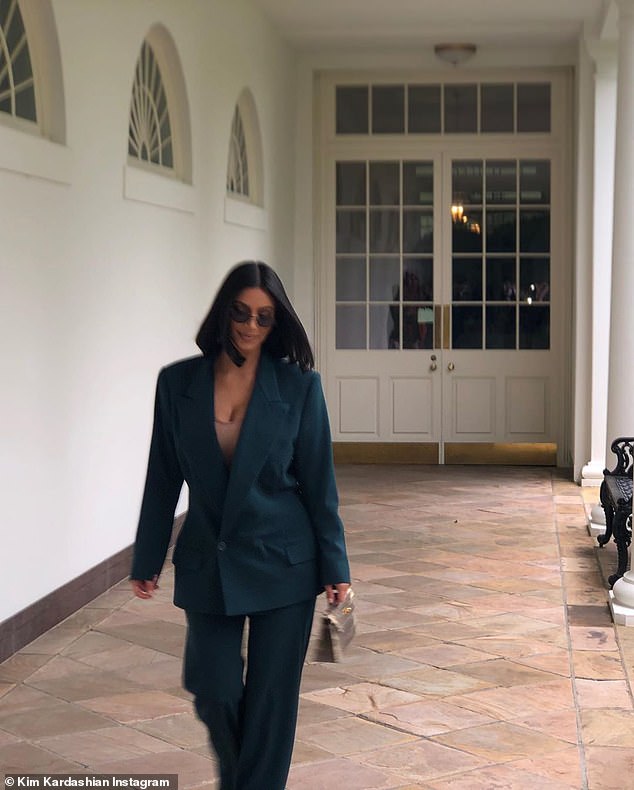 So casual: The reality star is advocating for criminal justice reform issues and while at the White House on June 13 promoted efforts to help those leaving prison return to the work force

‘It was an honor to take part in the announcement that the administration and private sector will be stepping up to create opportunities for these men and women to succeed once home.’

Kim also gave a shout-out to ride share service Lyft who she said will be ‘sharing ride share credits to formally incarcerated people when they come home.’

In the selection of photos Kim posed in a variety of locations showing off a sleekly styled bob and carrying a small snakeskin handbag.

One image showed her taking the podium as she spoke about the issue with Trump beside her. 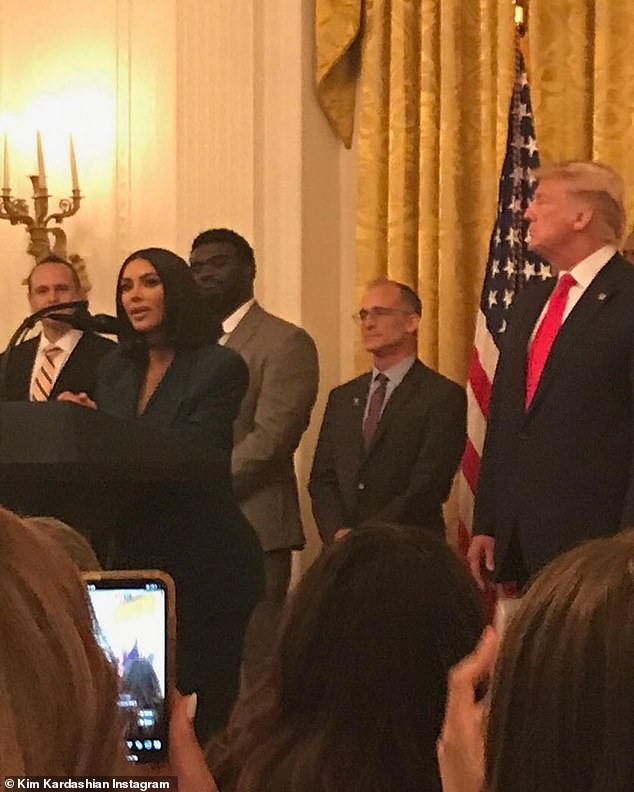 Cause: While at the White House on June 13 Kim promoted efforts to help those leaving prison return to the work force

Another was of the reality star sitting next to first daughter Ivanka Trump in the audience.

To give her speech, it was reported by Page Six that Kim sported a nearly $72,000 ensemble consisting of a ‘very rare’ Hermès Kelly pochette bag and chic suit from Vetements.

She’s previously made visits to the capital to lobby the pardon of Alice Marie Johnson, who was serving life without parole for drug offenses.

Johnson was sentenced to life in prison in 1997 for committing a first-time nonviolent drug crime in Memphis, news which Kim first heard about on Twitter. 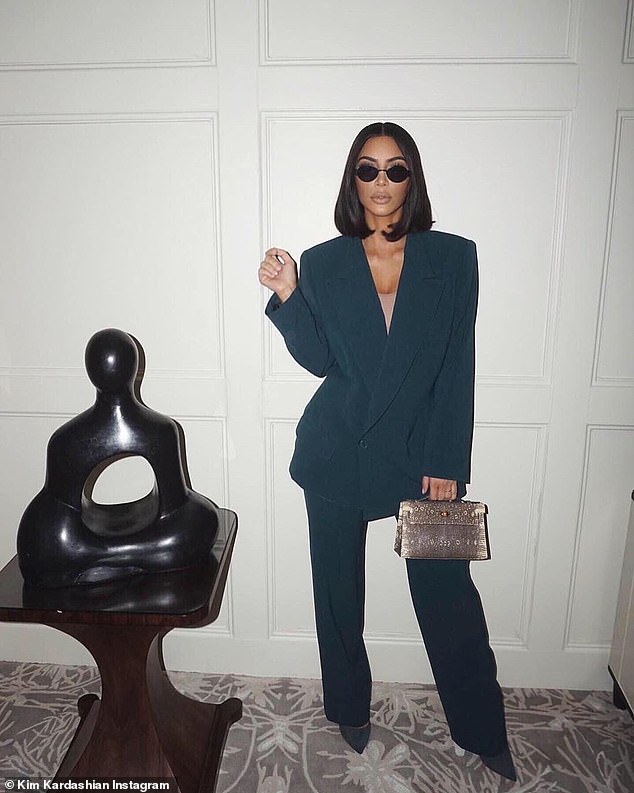 Strike a pose: Kim recently revealed that she registered with the California State Bar to study law to become a fully-fledged lawyer

Kim joined attorney Brittany K Barnett and has secretly funded the Buried Alive Project, which has helped free 17 inmates who were handed huge jail sentences for low-level drug offences as part of its 90 Days of Freedom project.

Her interest in the legal world has taken a unique turn as she recently revealed that she registered with the California State Bar to study law to become a fully-fledged lawyer.

Kim must also complete 60 college credits and then work as an apprentice at a law firm in San Francisco with the intention to take the Bar Exam in 2022.