Klopp looking forward to reunion with Lewandowski and Hummels

‘Without them my career wouldn’t the same’: Jurgen Klopp looking forward to reunion with Robert Lewandowski and Mats Hummels as Liverpool boss prepares for his side for Bayern

Jurgen Klopp has admitted his one wish for the season would be to win the Premier League as he prepares to relaunch Liverpool’s European campaign against former charges Mats Hummels and Robert Lewandowski.

Liverpool face Bayern Munich tomorrow in the first leg of their last-16 clash and Klopp has revealed that Dejan Lovren, who has been struggling with a hamstring issue, will be given every chance to prove his fitness for the game at Anfield.

There will be a makeshift defence, with midfielder Fabinho set to take over from the suspended Virgil van Dijk, but Klopp is relishing the opportunity to take on a familiar foe once again in a competition that has always captivated Liverpool fans. 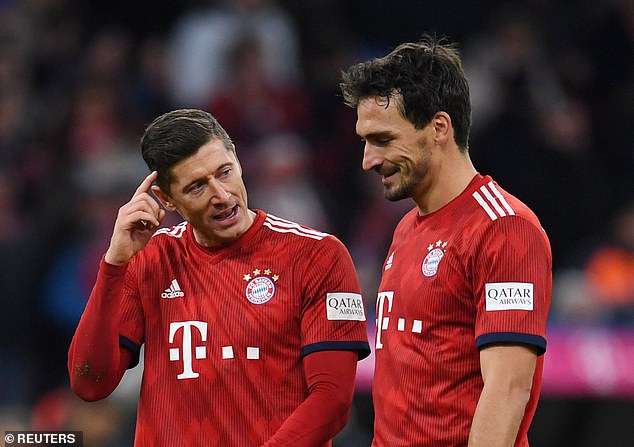 Klopp’s side take on Mats Hummels (R), Robert Lewandowski (L) and Co when they face Bayern Munich in the Champions League on Tuesday

Klopp, however, recognises the prize they want him to deliver above all is the Premier League and he hopes Liverpool, who trail Manchester City on goal difference, can put that right this season.

‘If you would have to decide, for all Liverpool fans it is clear, it is the Premier League,’ said Klopp. ‘But now we play Champions League and they all expect that we will do our best tomorrow night.

‘Thank God we don’t have to make this decision, eh? And we will not know today or tomorrow, we have to give it our all, and play very passionate football, the football we expect when we come to Anfield.

‘We expect a good atmosphere but we know the part we have to play. It will be outstanding tomorrow night. I am looking forward to it, it is something to enjoy. 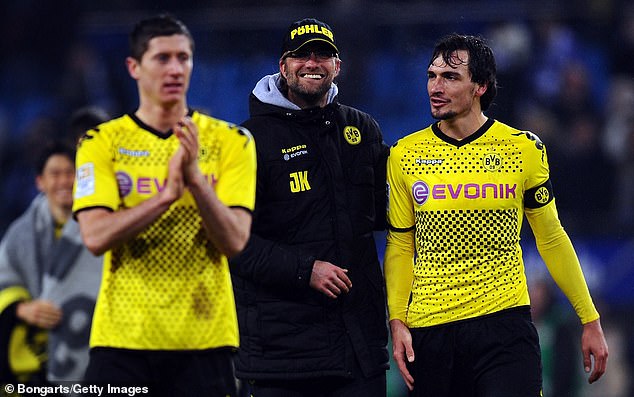 ‘There is a lot of power involved in that. The experience of our crowd is that it is able to go from 100 to 120, 130, 140 percent. I would never have thought that was possible, but it happened a couple of times already.’

Klopp will be reunited with Hummels and Lewandowski, two players with whom he enjoyed such success with Borussia Dortmund. Lewandowski once told Sportsmail how he used to have €50 bets with Klopp to improve his finishing and his old boss is aware of the threat they pose.

‘I worked together with these two boys and I loved it, two fantastic players,’ said Klopp. ‘I have to be really thankful because without them, probably my career would not be the same. We all benefited from each other.

‘I remember my first phone call with Mats Hummels and the first time I saw Robert Lewandowski. That is part of my life, part of my history.

‘I know a lot, I would not say I know everything about them, but I followed their path and their way and I really like them. But tomorrow night we will try everything to make sure they don’t shine. Difficult, but we will still try!’ 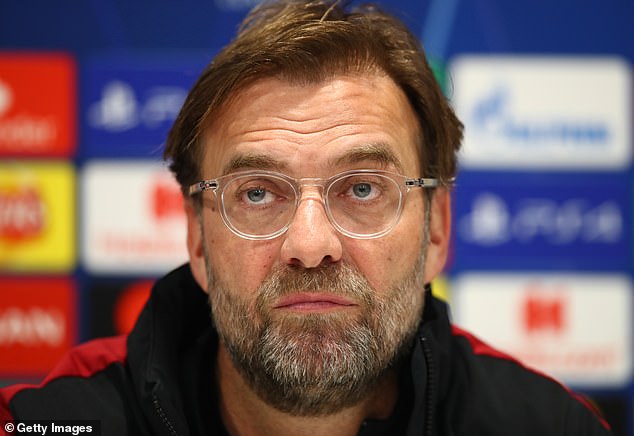 ‘I worked together with these two boys and I loved it, two fantastic players,’ the Reds boss said

This is the start of a 10 day spell in which Liverpool will also face trips to Manchester United and Everton but Klopp insists there are no distractions.

We cannot think about it in a different way,’ said Klopp. ‘I don’t think if you ask Manchester United before they face Chelsea, then they are thinking about our game. I don’t think so.

‘We had only tough months this season. There was not one month where we thought ‘oh good, only these opponents!’ It’s always tough, and we have to be ready for that and hopefully we are. We have to be 100 percent focused for the game tomorrow night, otherwise we don’t have a chance.’