By Becky Freeth for MailOnline

They became first-time parents two months ago, with the arrival of baby daughter Stormi Webster.

And so new parents Kylie Jenner and Travis Scott relished some alone time on Tuesday, as they grabbed an early morning juice in West Hollywood together.

Pictured on a rare day date, the young couple had left their newborn at home in order prioritise their relationship.

During their low-key outing, Kylie wore a white hoodie, which cropped just short of her stomach to hint at her post-baby shape.

She paired it with black leggings and a backpack for a casual image, leaving her hair short and natural at her shoulders.

The duo made a day of it and were later seen at Sweet Chick restaurant after having dinner together, proving that they had managed to find childcare for a whole day. 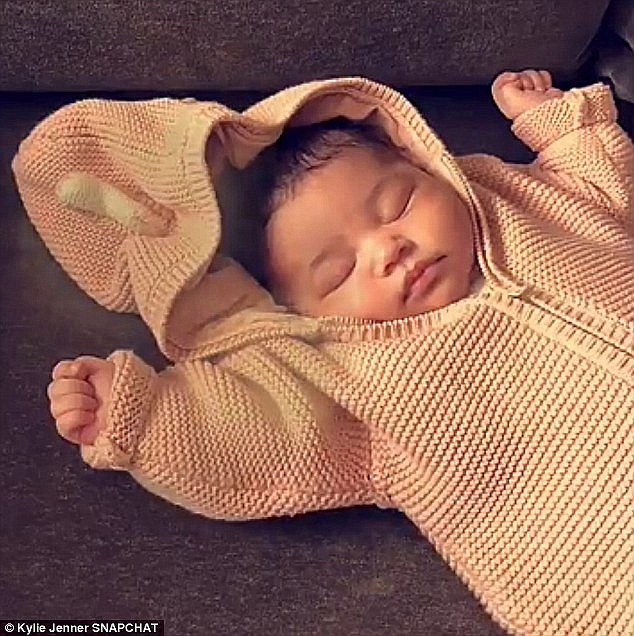 New parents: Kylie and Travis’ little baby Stormi was at home, while the duo were able to sneak away

Kylie and Travis were spotted in the Hollywood Hills neighbourhood, where Travis resides.

It’s known that this is around 45-minutes from Kylie’s home in Calabasas.

Their first child Stormi was born on February 1, and since her arrival, social media sensation Kylie has kept her friendship circle very limited.

She is known to have spent a ‘day off’ with big sister Kendall and was pictured enjoying Japanese food with her best friend Jordyn Woods recently, but otherwise, the beauty is laying low.

It’s unsurprising, since the 20-year-old managed to avoid intrusion throughout her nine-month pregnancy and restricted her contact with a wider family and friends.