Kylie stalker hell: Singer calls police after being left ‘very shaken’ by man who refused to leave her London home and launched ‘sustained campaign’ of harassment

Kylie Minogue called the police over a stalker who was lurking around her London home, it has emerged.

The singer is said to have been left ‘very shaken’ after a man in his 40s went from house to house asking where she lived.

The mystery man reportedly rang her doorbell and ‘refused to leave’ her West London home.

A neighbour warned the 50-year-old about the man and she has since beefed up security around her home, The Sun reported. 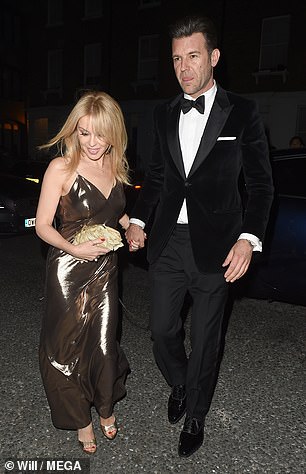 Kylie Minogue, pictured with her boyfriend Paul Solomons last year, has reportedly been forced to call police after a stalker refused to leave her house

A nearby resident in West London said: ‘It came to a head when the man repeatedly pressed the intercom button to her home for hours on end last week and refused to leave.

‘Kylie was quite upset and called in police. They spoke to Kylie, and also the suspect in the street for quite a while.’

Another said: ‘A weirdo guy was lurking around. He went door to door asking people where Kylie lived.’

The man is reported to have ‘kept saying Kylie’ again and again, leaving the singer terrified.

Friends of the singer said she was ‘very shaken’ and had taken ‘sensible steps’ to ensure her safety.

The alleged stalker was described as wearing a raincoat and having a European accent.

Metropolitan Police officers have reportedly issued the man with a harassment warning. 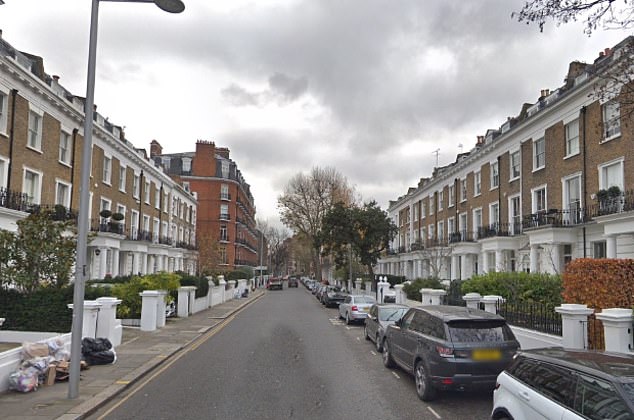 Just a few months ago the star suffered another security setback when a man made threats against her ahead of a performance in Germany in November.

Her next concert in Belgium saw her guarded by 20 police officers, some armed with submachine guns.

Pictures of the man believed to be responsible for the threat were plastered around the venue and all male concert-goers were frisked on entry.

Earlier this month the pop star was seen in the West London neighbourhood with her boyfriend Paul Solomons, 43.

She went public with her new boyfriend, the creative director at British GQ and GQ Style magazine, last summer.

The singer broke off her relationship with her ex-fiancée, British actor Joshua Sasse in February 2017.

Minogue and Sasse announced their engagement in February 2016, but parted ways a year later.

Last year Kylie achieved her sixth UK number one as Golden, her 14th studio album, hit the top of the charts.