La Bohème review: None of these principals is Italian nor are any of them English

John Copley’s classic 1974 production of La Bohème was finally laid to rest in 2015 after 25 revivals. Its replacement, by Richard Jones, with designs by Stewart Laing, emerged in 2017 and is now getting a second revival.

I didn’t think much of it then, calling it ‘sadly underwhelming’, and I still don’t.

Act I is played out in a sort of flat-pack rabbit hutch, with a hole in the roof and a ladder sticking through it, despite the Bohemians supposedly being in a garret, freezing to death. 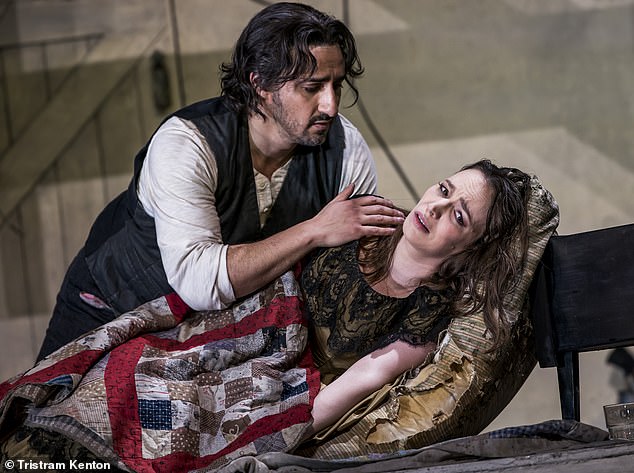 The Cafe Momus scene is a mess, with clunky revolving sets that, regardless of their obvious expense, fail to create real atmosphere, not least because of the brash lighting.

Despite this, the Royal Opera obviously sees this show as a money-making Traviata mini-me, to be rolled out on a production line. So these 15 performances have four different Mimis and Musettas, and three Rodolfos.

The star turn here is Aida Garifullina. Often, Royal Opera Musettas look like Mimi’s mum. But Garifullina is truly outstanding in both vocal and physical allure.

The rest of the principals aren’t up to much. The American Charles Castronovo’s Rodolfo is un-Italianate and underpowered. So too is the Marcello of Andrzej Filonczyk.

There were two La Bohèmes playing at the same time in 1897, one by Leoncavallo. After ten years, the public decided they liked Puccini’s best.

The Hungarian Gyula Nagy and the Slovakian Peter Kellner are both capable Bohemians but, sadly, Sonya Yoncheva doesn’t really shine as Mimi. She seems to find it almost impossible in the great Act I love duet to escape the confines of her severe and frumpy costume.

She finds much better form in the pivotal Act III, but here both Castronovo and Filonczyk are way too underpowered.

In the pit lurks the best part of the show, the French conductor Emmanuel Villaume, who was alert to all of Puccini’s many demands.

None of these principals is Italian. Nor are any of them British. Unbelievable, when plenty of British singers are as good as most of this lot. But the Royal Opera, despite its large public subsidy, feels little consistent commitment to British singers.

This neglect of British talent obviously doesn’t bother the Royal Opera board.

But it should bother the Culture Secretary. However, there’s no reason to think that Nicky Morgan, this month’s incumbent, has any real feel for opera. I bet she thinks Puccini is a new brand of prosecco, and Mimi one of the Duchess of Sussex’s more indiscreet confidantes.

The Philharmonia Orchestra celebrates its 75th birthday this year in rude health. It has a glorious history, having been – in the Fifties and Sixties – arguably the greatest recording orchestra in the world.

It was founded by impresario Walter Legge, whose relentless pursuit of the post-war musical greats meant the Philharmonia’s early years in the studio are irresistibly star-studded.

Legge could cope with de-Nazification (Herbert von Karajan), rampant egomania (Wilhelm Furtwängler), and even ward off the ravages of lymphoma to get a few more precious recordings in the can from the tragically short-lived Romanian pianist Dinu Lipatti. 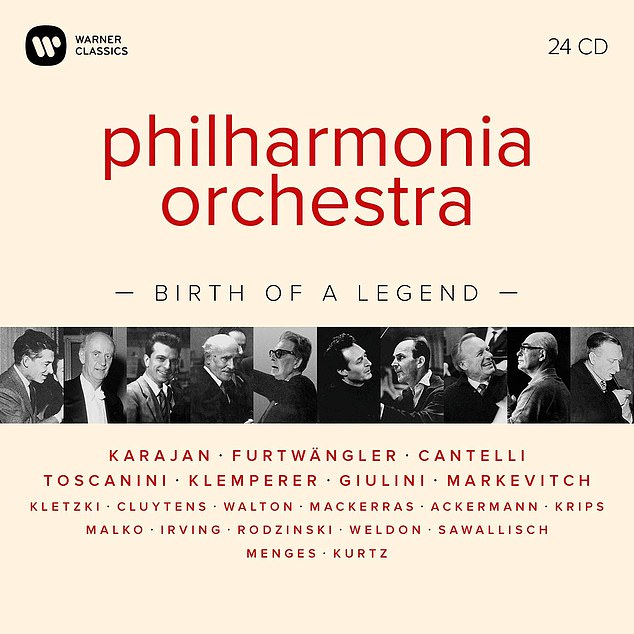 This 24-CD set, with all the recordings remastered to the highest standards, costs about £70. A formidable bargain, then, when you get the wonderful dynamism of early Karajan and others

This 24-CD set, with all the recordings remastered to the highest standards, costs about £70. A formidable bargain, then, when you get the wonderful dynamism of early Karajan, Furtwängler and Kirsten Flagstad with the world premiere of Strauss’s Four Last Songs, and the legendary Toscanini’s complete live Brahms symphony cycle in London.

Plus some exciting performances by Toscanini’s young protégé and likely successor, Guido Cantelli (tragically killed in a plane crash in his mid-30s), and Lipatti in a near definitive performance, with Karajan, of Schumann’s Piano Concerto.

Stir in some granitic performances by Otto Klemperer, including a distinguished Beethoven No 9, and a Verdi Requiem from Carlo Maria Giulini that has never been surpassed on record, and you’ve got a set that really isn’t to be missed.