A Labour activist was suspended today after tweeting a mocked-up image of the notorious Auschwitz ‘Arbeit Macht Frei’ sign on a job centre.

Marianne Tellier is facing a formal investigation over the offensive post as the party’s anti-Semitism crisis continued to rage.

The fervent Corbynista, who has served as a ward secretary in Sheffield Heeley, sent the message in response to a jokey cartoon about how work stops people having a life.

The image she tweeted shows a job centre sign, with the normal logo replaced with the words: ‘Arbeit Macht Frei.’ 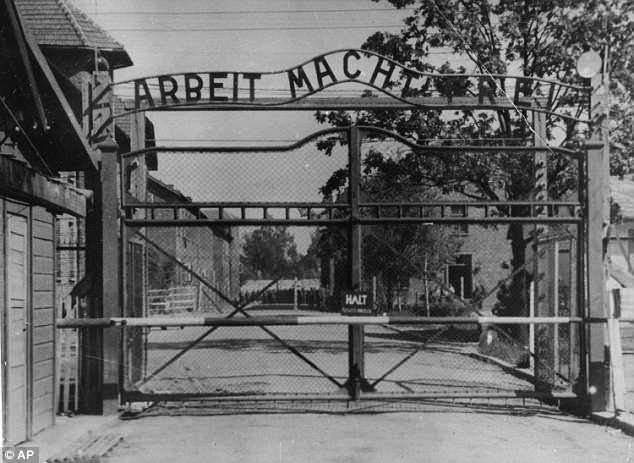 The German phrase means ‘Work Makes You Free’, and it was used on the infamous iron gates at Auschwitz (pictured) and at other Nazi concentration camps 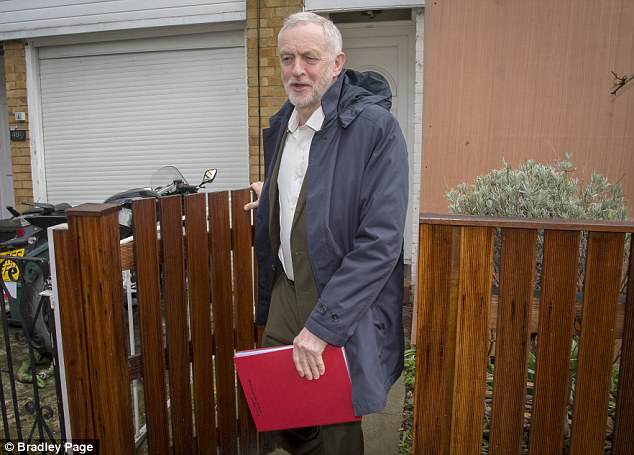 The German phrase means ‘Work Sets You Free’, and it was used on the infamous iron gates at Auschwitz in Poland and at other Nazi concentration camps.

Author and comedian David Baddiel was among those who condemned the post online.

Amid a wave of criticism today, Ms Tellier complained she was ‘being harangued by apartheid deniers’.

She retweeted messages suggesting that she was justified in using the Nazi phrase to highlight how the Tories were treating deprived members of society.

Prisoners at Auschwitz were forced to make the five-metre sign, and it remains an enduring symbol of the Holocaust.

More than a million people – 90 per cent of them Jews – were murdered by the Nazis at Auschwitz during the Second World War.

According to the Sheffield Star, the tweet was reported by a fellow Labour member from Sheffield Heeley CLP.

A Labour Party spokeswoman said: ‘The Labour Party is committed to challenging and campaigning against antisemitism in all its forms. 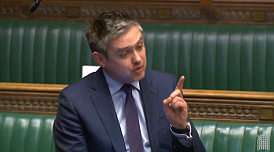 ‘Any complaints of antisemitism are taken extremely seriously.

‘These are fully investigated in line with our rules and procedures and any appropriate disciplinary action taken.’

The Liberal Democrat leader on Sheffield Council, Shaffaq Mohammed, told the Sheffield Star: ‘This is absolutely appalling imagery and I expected better from the Labour Party.

We look to those in power to set an example. ‘Anti-Semitism cannot be tolerated and it’s clear from this Labour member’s Twitter profile that action needs to be taken now.’

The row erupted as Jeremy Corbyn faces questions over why it took him four days to sack his hard-left disciplinary chief after she defended a Holocaust denier.

Christine Shawcroft was forced out of her post after it emerged that she had e-mailed colleagues to demand the activist be let back into the party.

But Labour MPs are now calling for her to be kicked out of the Labour Party – and warn that if she is not then Mr Corbyn will be seen as a ‘hypocrite’.

And his close ally John McDonnell was slammed for trying to shift the blame for the failure to tackle anti-Semitism on Labour’s outgoing General Secretary Iain McNicol.

But shadow chancellor Mr McDonnell toured the TV studios to defend Mr Corbyn’s handling of the case and say Ms Shawcroft should not be sacked from the NEC. 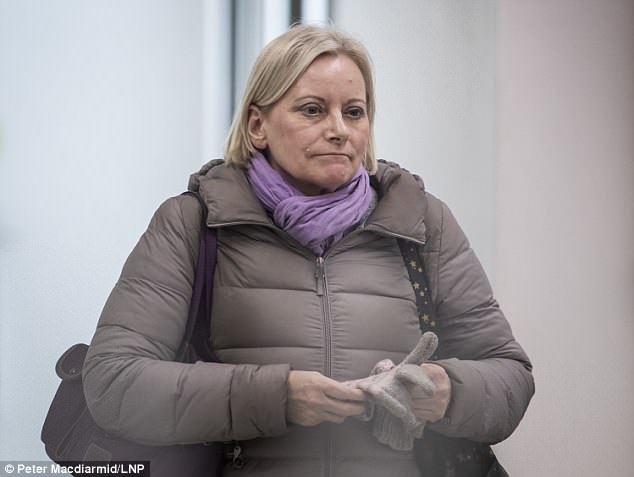 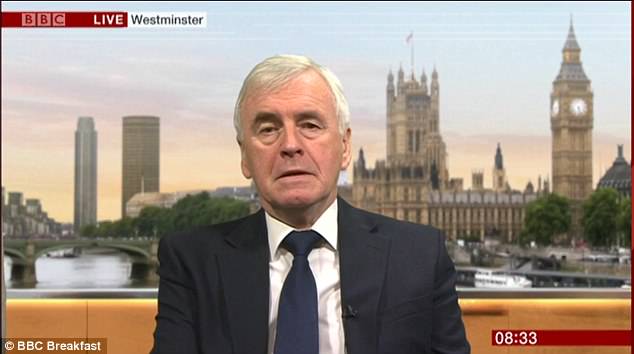 Labour’s shadow chancellor John McDonnell toured the TV studios to defend Mr Corbyn’s handling of the case and say Ms Shawcroft should not be sacked form the NEC.