A key swing-vote Republican senator has said that President Donald Trump’s move to withhold military aid in exchange for an investigation into Joe Biden is wrong, but punishment should decided by voters – not senators.

Alexander, 79, revealed his opinion in a statement on Thursday that admitted Trump’s actions were ‘inappropriate,’ but there is ‘no need for more evidence to prove something that has already been proven.’

‘It was inappropriate for the president to ask a foreign leader to investigate his political opponent and to withhold United States aid to encourage that investigation,’ Alexander said.

‘When elected officials inappropriately interfere with such investigations, it undermines the principle of equal justice under the law. But the Constitution does not give the Senate the power to remove the president from office and ban him from this year’s ballot simply for actions that are inappropriate,’ he continued.

Sen. Lamar Alexander (pictured) said that President Donald Trump’s alleged move to withhold military aid in exchange for an investigation into Joe Biden is inappropriate, but it’s the voters -not senators – decision to punish him

Alexander’s declaration come ahead of a final vote in the Senate on Trump on track to take place on Friday, where the Commander-in-Chief is expected to be acquitted by the Republican-controlled vote.

Republican Sen. Susan Collins broke away from her party colleagues and said she  will vote to call witnesses, making her the first GOP lawmaker to agree with Democrats.

It’s unclear how Republican Senators Mitt Romney and Lisa Murkowski will vote, with the former saying he wants to hear from more witnesses.

But even if Romney and Murkowski dud vote yes that would make it a 50-50 vote regarding potential witnesses in in the Senate impeachment trial.

If the vote does end up divided straight down the middle, the decision would go to the presiding officer in the Senate, who is Chief Justice John Robert.

Roberts has a history of conservative rulings, but in recent years has become a key swing vote in the Court.

Meanwhile, Republican Senators are hoping to avoid a tie vote and wrap up the proceedings as quickly as possible. 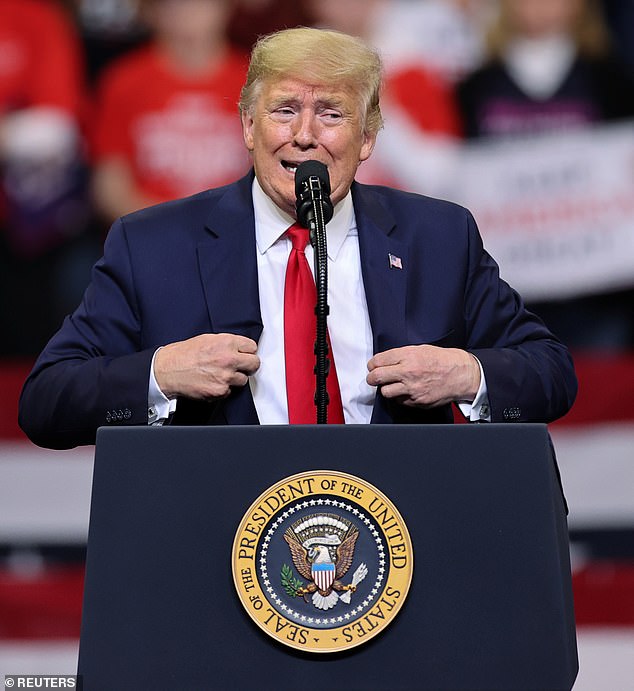 The witness vote is most likely the last matter senators will vote on before the debate moves to decide if the president should be convicted or not.

‘This is really the game day tomorrow. It’s not the Super Bowl,’ Democratic Senator Amy Klobuchar told reporters in the Capitol

Braun said Republicans were working on a measure on witnesses that interpret a 50-50 vote as a vote for no additional witnesses to be called. That means Roberts would not have to cast a tie-breaking vote.

‘I think he’d probably take an out because it gets political at that point,’ Braun said.

Republican leadership have been talking to their lawmakers about the vote on additional witnesses, using the dinner hour – tacos were served – to take the temperature of their lawmakers on the issue.

Alexander and Murkowski were spotted dining together, as their votes are considered crucial make-or-break stances in the vote.

After dinner break, when the Senate resumed its question and answer session, Murkowski questioned why shouldn’t the Senate call John Bolton to testify.

‘This dispute about material facts weighs in favor of calling additional witnesses with direct knowledge. Why should this body not call Ambassador Bolton?’ she asked. 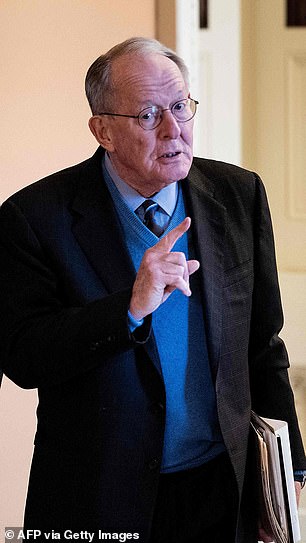 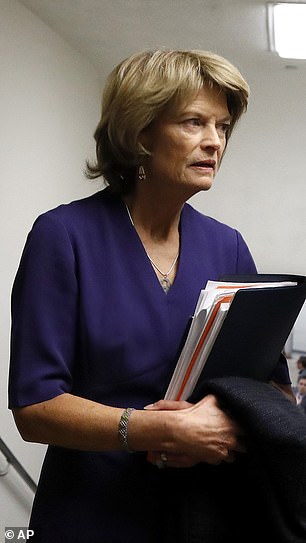 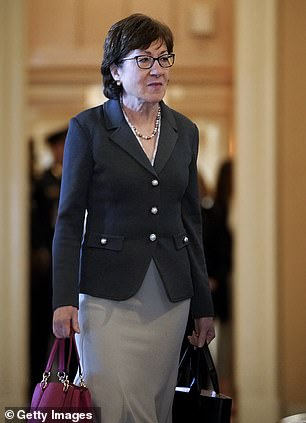 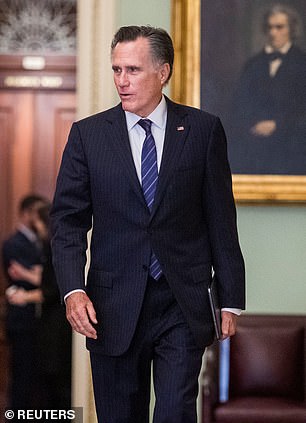 Bolton has taken spotlight in the witness vote after he revealed a series of bombshells in his new book.

In his book, according to The New York Times, Bolton claims the president said he was freezing U.S. aid to Ukraine until that country agreed to investigate Joe and Hunter Biden. Trump has denied the charge.

Murkowski and Alexander sided with Republican lawmakers who wondered if Bolton did testify about the alleged revelations in his book, would any of it amount to impeachable offenses?

‘Even if Ambassador Bolton would testify to that, even if you assumed it were true, there is no impeachable offense stated in the articles of impeachment,’  Deputy White House Counsel Patrick Philbin.

Philbin previously warned senators that whatever they decided would affect future impeachments and could freeze business within the Senate.

He also pointed out that Bolton hasn’t even confirmed the reports in his memoir.

‘Whatever is accepted in this case becomes the new normal for every impeachment proceeding in the future. And it will do grave damage to this body as an institution to say that the proceedings in the House don’t have to really be complete. You don’t have to subpoena the witnesses that you think are necessary to prove your case,’ he said. ‘And then this chamber will have to be issuing the subpoenas and dealing with that.’

He went to warn: ‘It’s the entire chamber that is going to have to be sitting as a court of impeachment, and that will affect the business of the chamber. And so I think the idea that something comes out because someone makes an assertion in a book, allegedly. It’s only alleged — it’s simply alleged now that the manuscript says that. Ambassador Bolton hasn’t come out to verify that, to my knowledge.’

On the other side of the aisle, Democrats worked to draw up support for their cause.

Adam Schiff, the lead impeachment for Democrats, said: ‘They make the astounding claim that their case is so good, let them try without witnesses. That wouldn’t fly before any judge in America. And it shouldn’t fly here either.’

He also called on senators to follow the legacy of the country’s forefathers.

‘But it will only be as good and as strong as the men and women of this institution’s willingness to uphold it, to not look away from the truth. The truth is staring us in the eyes. We know why they don’t want John Bolton to testify. It’s not because we don’t know what really happened here. They just don’t want the American people to hear it in all of its ugly graphic detail,’ he added.

Republicans have said if Democrats want Bolton, then they are going to call Hunter Biden. 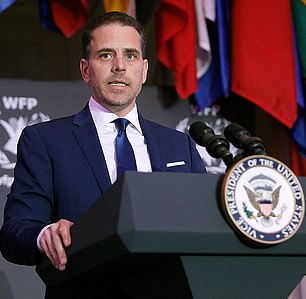 Democrats want to call former National Security Adviser John Bolton (left), but Republicans have said they will call on Hunter Biden as retaliation

‘We have a high level of interest in just getting this done,’ he said.

‘Senators have heard enough,’ said Republican Senator John Barrasso, who is close both to the president and Senate leadership.

Trump’s trial is not expected to go into Monday, meaning it would be finished by the time Trump visits Capitol Hill to give his State of the Union Address on Tuesday.