They don’t bend it like Beckham anymore, not this generation of deadball deadeyes.

Call it what you like – the ‘Knuckleball’, the ‘Screwball’ – the modern-day technique has changed the entire dynamic of free-kick taking.

‘Stun it like Sane’ is in vogue, and Manchester City’s Leroy gave a perfect demonstration of how the kids are doing it during Wednesday night’s 3-2 victory at Schalke. 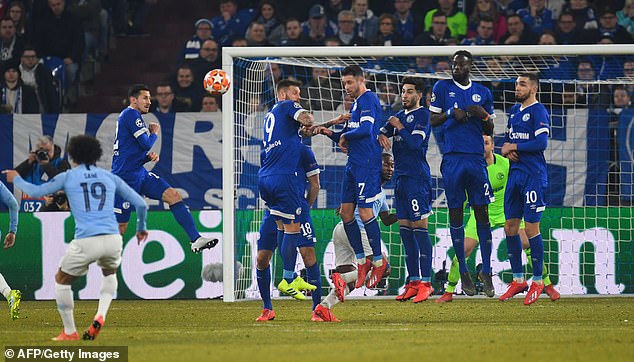 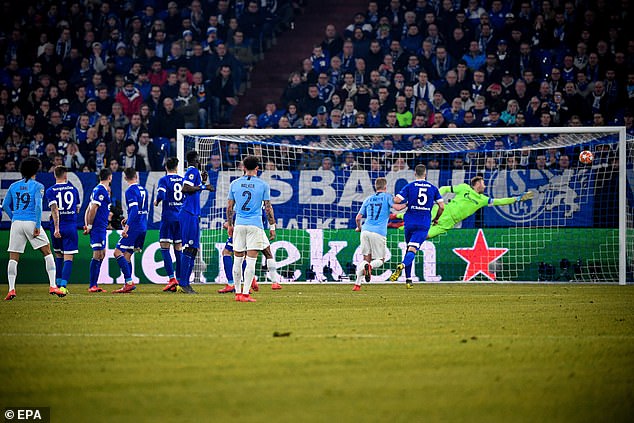 He dispatched it left footed, 25 yards out, striking the ball with combination of laces and instep 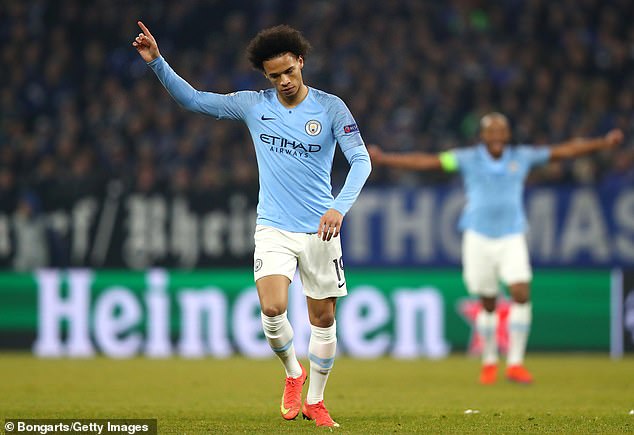 Twenty-five yards was the distance from which he dispatched it left footed, striking the ball with a combination of laces and instep to send it dipping and deviating beyond another forlorn goalkeeper.

It was almost identical to a previous free-kick he scored past Hoffenheim in the group stage in December.

At least in a penalty situation from 12 yards the keeper can try to second guess body shape, the movement of the taker’s eyes, the arc of the run-up.

But not from free-kicks, not anymore. For any clue that may be gleaned before the ball is struck is of little relevance to what actually follows. 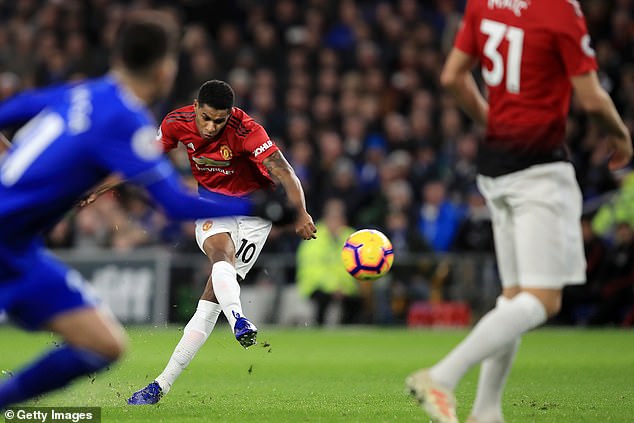 These free-kicks are a bit like the lost tourist and the erratic sat-nav – you know roughly what direction they’re heading in, but be prepared for a sudden change of plan, a last-minute detour to leave you clouded in a plume of dust.

The information goalkeepers have to inform their dive is invariably unreliable. Not even the boys who are sending these balls goalwards can be sure what course they will take, and that is the beauty of them. It’s a bit of a beast if you’re a keeper, however.

Up, down, left, right, who knows? Oh, and it’s also delivered with the venom and velocity of a cannonball.

It doesn’t have to be the top corner, either. Manchester United’s Marcus Rashford saw his wicked effort bounce into the bottom corner against Cardiff before Christmas.

Rashford also caused Newcastle goalkeeper Martin Dubravka to spill the ball for Romelu Lukaku to score when his free-kick skipped off the turf in the six-yard area last month. 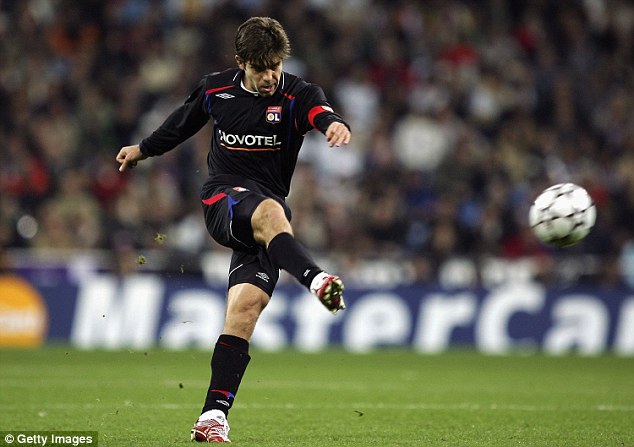 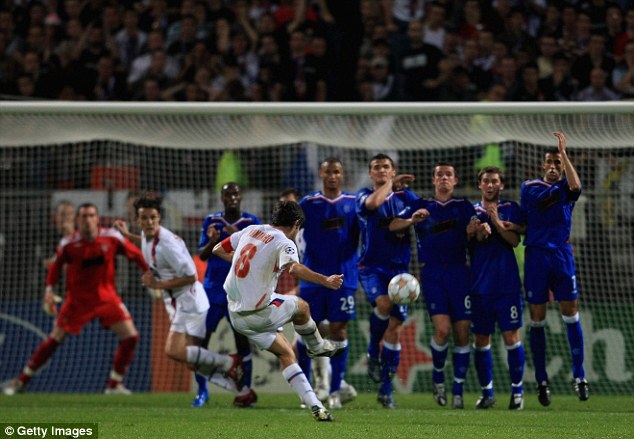 The inspiration for this technique can be traced to Brazil playmaker Juninho Pernambucano, who as far back as the mid-Nineties in his home country was smashing stunning free-kicks into nets with little ball-spin but much movement.

Then, of course, Cristiano Ronaldo adapted the style and added a touch of theatre.

Think back to his effort for Manchester United versus Portsmouth in 2008. We had never seen the likes on these shores.

That he addressed the ball with rhythmic and exaggerated breathing before measuring his run-up Jonny Wilkinson style simply added to the drama.

Ronaldo made the art of free-kick taking, well, he made it an art form.

Replays of that goal are better enjoyed with classical music than commentary, and he’s still doing it at 34, such as his up-and-downer from 20 yards for Portugal versus Spain at last summer’s World Cup. 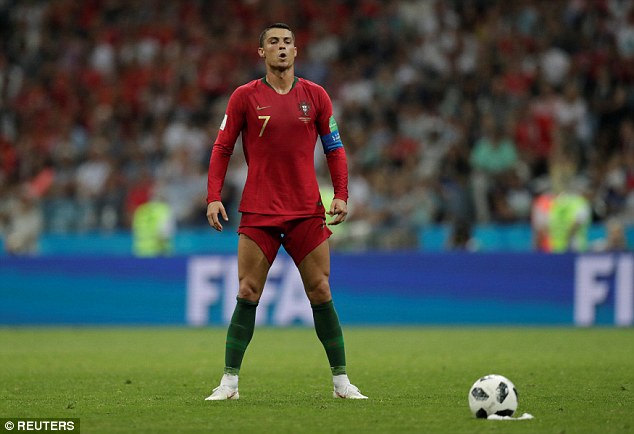 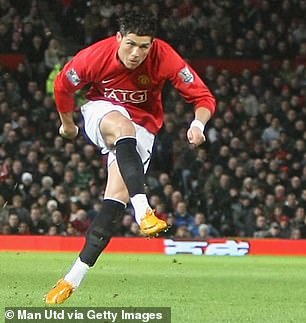 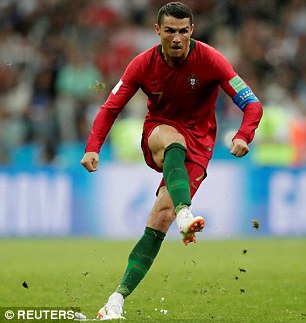 Ronaldo scored a belter against Portsmouth in 2008, and at the 2018 World Cup for Portugal 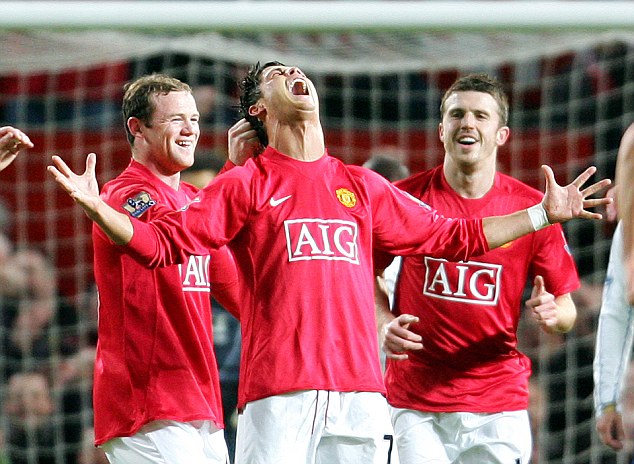 Now, however, we can expect the likes of Sane and Co to take it to another level.

There is something sexy about these free-kicks, so far removed are they from the accepted physics of ball-flight.

And these young players want a trademark move. Imagine their glee when EA Sports revealed that holding down L1 and pressing circle and up on your left stick simultaneously would recreate a ‘Sane’ from deadballs.

Even David Beckham’s approach, as groundbreaking as it was, is becoming out-dated. Curl it over the wall into the top corner? No thanks.

Curling the ball on a pre-determined path just isn’t cool. 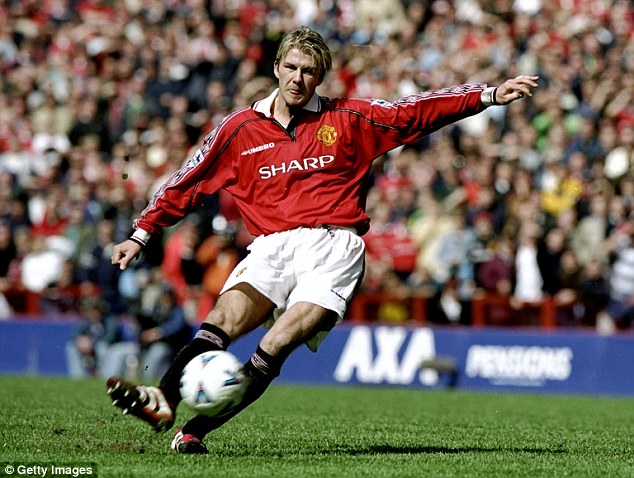 Even David Beckham’s approach, as groundbreaking as it was, is becoming out-dated

The Premier League’s greatest goalscorer, Alan Shearer, got a fair few from free-kicks, but his deadly drill – usually after a tee-up from Nobby Solano – is another variation we rarely see. A bit old fashioned, you might say.

Lionel Messi, in fairness, continues to emulate eighties experts such as Zico and Diego Maradona – a short run-up followed by a cute clip over the wall.

But he is in the minority, and that is perhaps because it is such a difficult skill to execute.

So, too, is the Sane strike, let us not downplay it. It takes hours and hours of practice honing that technique.

Sadly, for goalkeepers at least, it doesn’t matter how long you spend practising, you ain’t keeping them out. 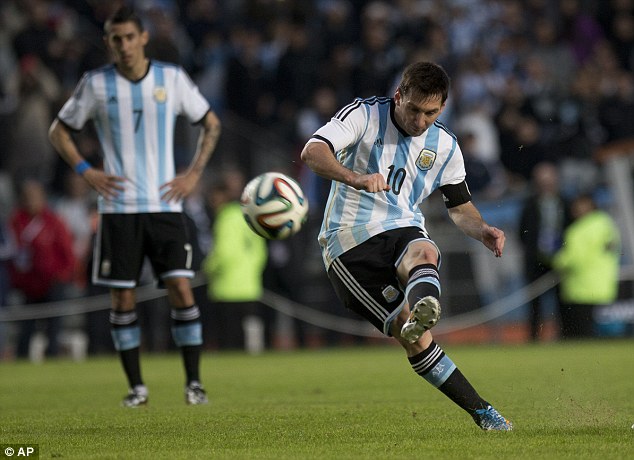 HOW TO PULL OFF THE KNUCKLEBALL

Ever wanted to emulate the free-kick craze? Well here are some handy tips.

You don’t have to strike the valve of the ball, and your run-up doesn’t even matter a great deal either.

It’s more important how you strike it, than how you approach it. It comes down to two fundamentals – what part of the ball you strike, and what part of your foot strikes the ball.

When you strike the ball your foot needs to be pointing downwards.

You need to strike the ball with your instep, the inside part of the hard bone on the front of your foot – known as the medial cuneiform.

To get the ball to dip you need to add top spin or no spin at all, so you connect with the ball either in the middle, or slightly above centre.