Lionel Messi makes the difference in every game – Andres Iniesta

Andres Iniesta heaped praise on a Lionel Messi masterclass after Barcelona knocked Chelsea out of the Champions League on Wednesday night.

The Argentinian scored his 100th goal in the competition as part of a display that saw him bag twice and provide an assist in a 3-0 victory at the Nou Camp.

Chelsea performed well but were undone by Messi, who scored early on, teed up Ousmane Dembele for the second, and then ended any lasting hopes with the final goal in a 4-1 aggregate win. 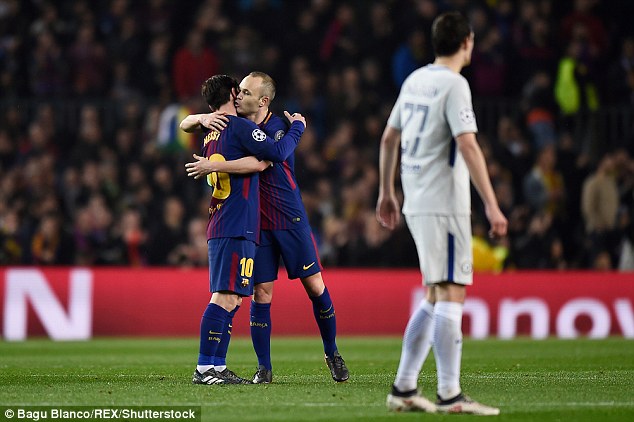 Iniesta, who started the game and came off before the hour-mark due to ongoing hamstring problems, hailed his team-mate for his sensational performance.

‘It’s what we always talk about. Leo makes the difference in every game. It’s a blessing,’ he told beIN SPORTS.

‘I hope we can get closer to this Champions League. We’ve taken another step.’

The veteran midfielder, who admitted on Wednesday he could move to China at the end of the season, also believes Barcelona have the capacity to win the entire competition. 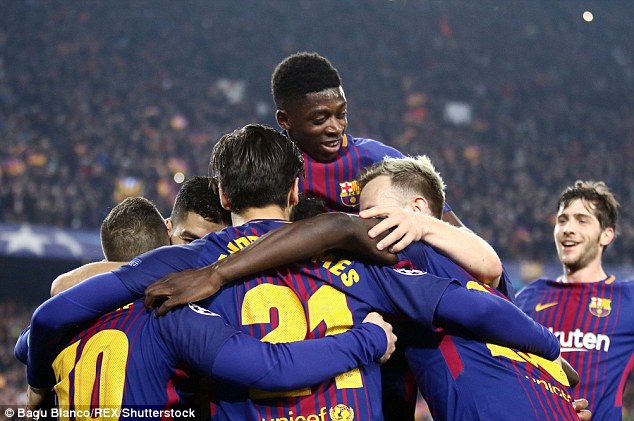 ‘It’s always a motivation to win the Champions League but it’s always complicated. A bad game leaves you out,’ he said.

‘The challenge is to minimise the mistakes because I think we have the team and the form to win it.’

The draw for the quarter-final stage takes place in Nyon, Switzerland on Friday.