A little girl has been reported missing after being taken from her home north of Brisbane on Sunday morning.

The two-year-old was seen leaving the home in Sandstone point with a 34-year-old man, Patrick Derrick.

Mr Derrick is known to the girl, and was seen exiting the house with the youngster about 8.30am.

Patrick Derrick (pictured) left a home in Sandstone Point, north of Brisbane, with a two-year-old girl who is missing. Mr Derrick and the girl are known to each other

Police say he had just had an argument with a woman inside before he left with the girl, who is of Caucasian appearance with brown eyes and shoulder length hair.

Officers have released a picture of the vehicle Mr Derrick is believed to have been driving in – a blue 2011 Toyota Hilux utility with Queensland registration 464WGO.

The man is about 176cm tall, sporting short brown hair, and Caucasian in appearance.

The pair are still believed to be in the Brisbane or Sunshine Coast areas, but police are concerned for the young girl’s safety. 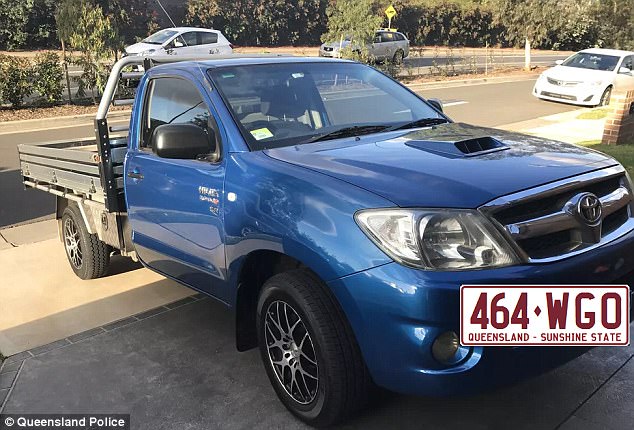