‘Little Girl Blue’ cold case is reopened: Judge orders fresh probe into murder of eight-year-old Helen Bailey who was found with throat slit in woods in 1975

Helen Bailey, eight, (pictured) was found in woodland in 1975 and today the High Court has ordered a fresh probe into her death

The unsolved murder of an eight-year-old girl will be re-investigated more than 43 years after her death, as the High Court ordered a fresh probe today.

Helen Bailey, known as ‘Little Girl Blue’ after she disappeared wearing blue clothing, was found dead in woodland near her Birmingham home in August 1975.

A jury at an inquest in March the following year returned an open verdict after hearing evidence she may have died as a result of an ‘accident or practical joke gone wrong’.

But the original verdict was quashed and a fresh inquest ordered by judges sitting in London.

‘In all of the circumstances of this case, I am persuaded that the interests of justice do make a further inquest desirable,’ he said.

‘In my view, the emergence of this new evidence may well lead to the conclusion that the truth of how Helen met her death was not revealed at the first inquest.’

The judge told the court Helen was last seen leaving her home, in the Perry Barr area of Birmingham, to play outside at about 3.30pm on Sunday August 10 1975. 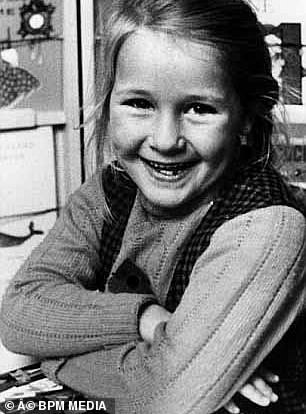 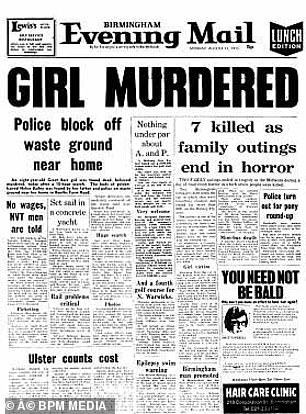 The youngster (pictured, left) became known as Little Girl Blue because of the colour clothing she wore went she vanished. Pictured, right, is a newspaper from the time of her death in the West Midlands in 1975

When she did not return, her mother alerted police and her body was found the following morning in an area of dense woodland in the Booth Farm area.

She had a cut to her throat, which a post-mortem examination at the time identified as the cause of her death.

But the pathologist who carried it out found that there were no signs of a struggle and the circumstances of Helen’s death ‘lacked the essential hallmarks of a homicidal attack’.

He concluded her death may have been the result of an ‘accident or practical joke gone wrong’. 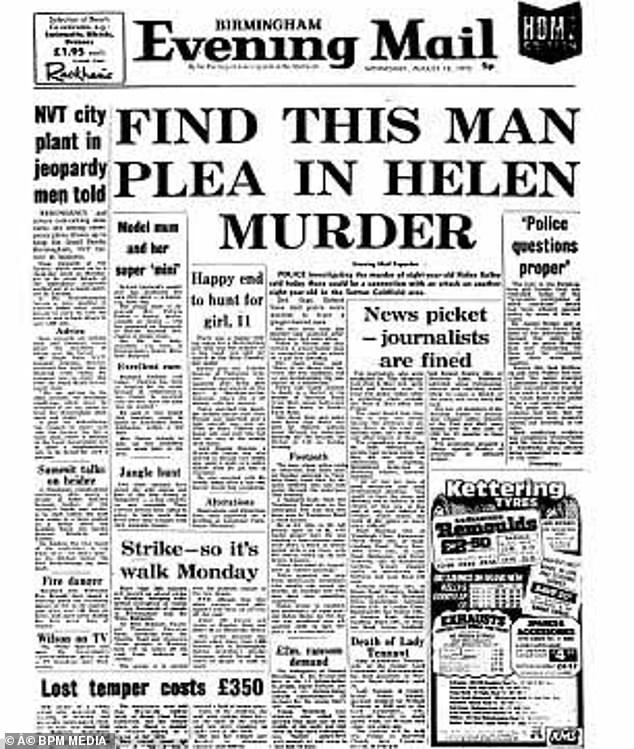 Despite an outpouring of media coverage at the time of Helen’s death, the inquest recorded an open verdict. The verdict was today quashed by judges at the High Court in London

However, the investigation into her death was reopened in 2014 and a pathologist who reviewed the case concluded Helen had been strangled before her throat was cut in a ‘clear case of homicide’.

The judge said police investigated a ‘confession’ made by one suspect in 1979, which was ‘consistent’ with the findings of the pathologist in 2014, but the Crown Prosecution Service (CPS) decided not to prosecute him.

West Midlands Police then asked the Coroner for Birmingham and Solihull Louise Hunt to seek permission from the High Court to overturn the 1976 inquest verdict.