‘I’m sure that was for the best for him’: Trent Alexander-Arnold backs Liverpool team-mate Andy Robertson after Scot deletes Twitter following abuse for giving away Napoli penalty

Trent Alexander-Arnold has backed his Liverpool team-mate and fellow full-back Andy Robertson over his decision to delete his Twitter over abuse.

The Scottish left-back gave away a penalty with eight minutes remaining of the Reds’ Champions League clash with Napoli on Tuesday, which led to some supporters to attack him on Twitter.

The former Dundee United defender subsequently deactivated his account, and his team-mate has backed his actions, insisting that Robertson would not let any comments get to him.

‘He’s mentally a really strong character, so I’m sure whatever reason he had for doing that was for the best for him,’ Alexander-Arnold said.

‘So, I think whenever we see each other next, it will be obviously to see how he is, make sure that nothing is too bad. I think all the lads would have texted him and spoken to him, to make sure everything is OK.’

Robertson was adjudged to have fouled Jose Callejon in the 82nd minute at the Stadio San Paolo, with Dries Mertens converting from the spot.

That led to a barrage of criticism on Twitter, with one tweet reading: ‘@andewrobertso5 learn how to f****** tackle idiot.’

Another said: ‘Go f*** a sheep’, while another user wrote: ‘Oi! Robbo fix up man you look a shadow of yourself from last season.’ 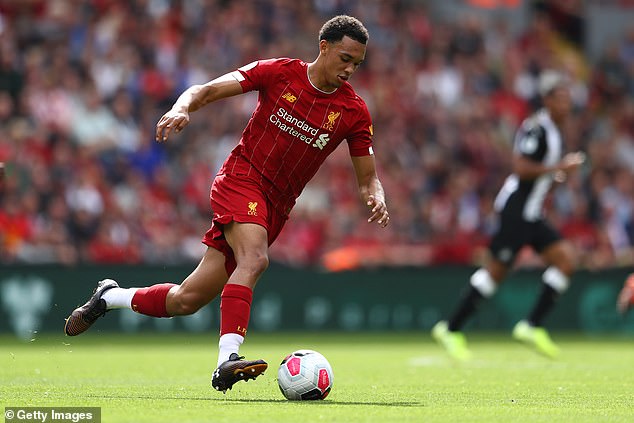