A brave couple has defied the current Australian government’s law against same-sex marriage and tied the knot at the British Embassy in Circular Quay.

In the finals weeks of the marriage equality postal survey, Bill and John have made use of John’s dual Australian-British citizenship and taken advantage of the his British legal right to marry a same-sex partner.

Since Britain passed a marriage equality law in 2014, approximately 445 same-sex couples have taken advantage of this ‘loophole’ even though their marriage is not yet recognised by the Australian government.

About 445 same-sex couples have taken advantage of a ‘loophole’ by getting married at the UK consulate at Circular Quay, even though it’s not recognised by Australian government 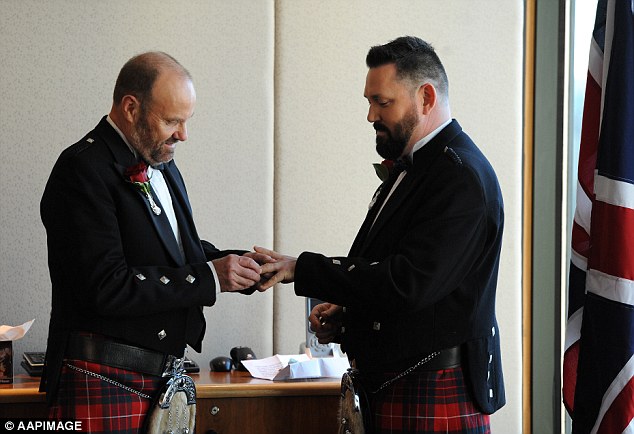 Peter Fraser and Gordon Stevenson (pictured) married in a ceremony at the consulate of the United Kingdom in Sydney, June 27, 2014, as Bill and John did in recent weeks 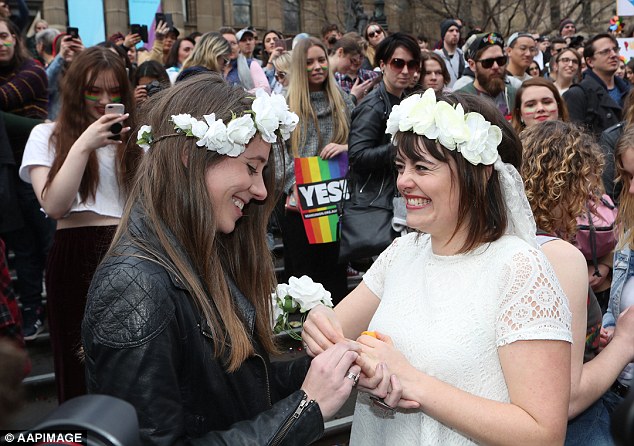 Gay couple, Bill and John, were finally able to wed on their 35 anniversary (stock image) at the United Kingdom consulate in Sydney

According to the Sydney Morning Herald, the couple met at Midnight Shift on Oxford St in 1982, two years before homosexuality was decriminalised in NSW.

Bars in the famously gay-friendly area were ‘the few places gay guys could socialise in without having to worry about harassment,’ according to Bill, 64.

The lovebirds have said that they wanted to marry 20 years ago, but the law did not allow it.

The service is popular and there are marriages booked ‘at least until the end of this year’, revealed a spokesperson for the British Consulate-General.

The law would let politicians with dual citizenship, such as Nick Xenophon, to also be granted a legal same-sex union.

However, with the results of the postal vote scheduled to be announced on November 15, there is uncertainty over how much longer the service will be required. 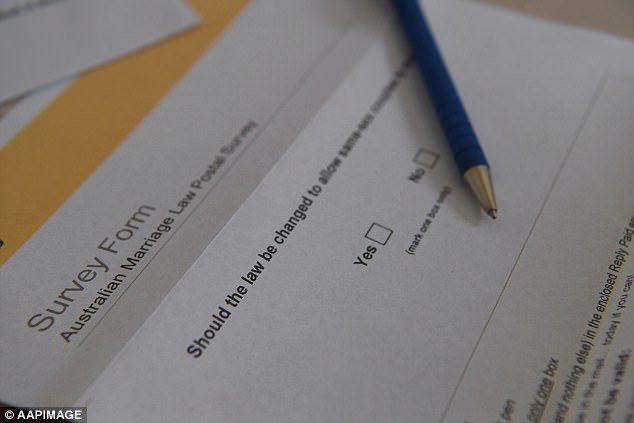 Bill and John then decided that as their 35th anniversary together coincided with their joint retirement, they would also make the occasion their wedding day.

‘The opportunity for us to marry could still be years away,’ John told FairFax media, adding that even though a ‘Yes’ vote was polling at 60 per cent, he had little faith in that the government is committed to passing marriage equality.

‘We wanted to make this a special year, and we hope that millions of people around the world will have the opportunity to feel as happy as we did on our wedding day, and that our marriage will be recognised in Australia soon.’ 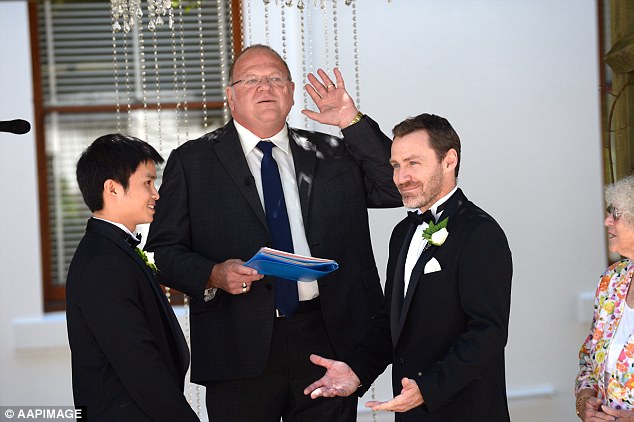 Bill and John were are not interested in a civil partnership, considering it a ‘second class offering’ – they wanted a real marriage, as did Ivan Hinton (right) and Chris Tench (left)

The couple are not interested in a civil partnership, considering it to be weak alternative and a ‘second class offering’ – they wanted a real marriage.

And when John saw their wedding cake, he said, ‘it just occurred to me that, here we are, and it’s just like a normal wedding.

‘It sort of touched me a bit, and then I thought, well why am I talking about being normal? We are normal. We just wanted something like everybody else, and now we’re getting that.’ 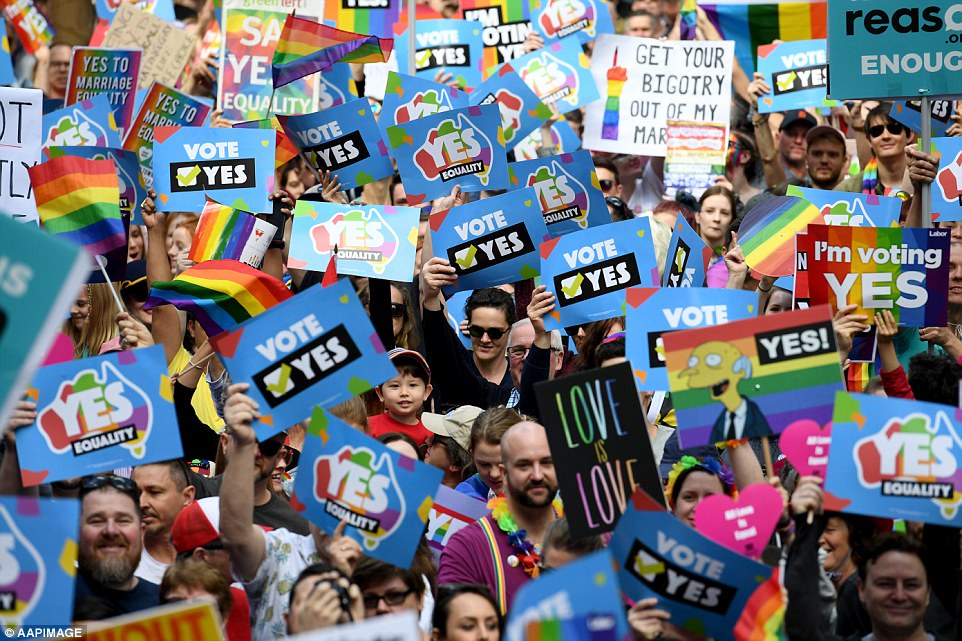 The couple also revealed that planning a wedding amidst the onslaught of ‘Vote No’ propaganda was ‘upsetting’.

More than 12 million Australians have already participated in the Turnbull government’s marriage postal survey, with a ‘Yes’ vote firmly in the lead.

All forms are due back on Friday November 28 to be counted, as papers received after November 7 will not be counted.