A former Roman Catholic monk has accused cosmetics giant L’Oreal of stealing patented technology in an anti-aging wrinkle cream that his charity was selling.

He was selling an anti-aging cream online for $65 per tube to support the Carmelites’ work with prisoners, drug addicts, and school children.

Dennis Wyrzykowski has filed a federal lawsuit against cosmetics giant L’Oreal, accusing the company of stealing patented technology in an anti-aging wrinkle cream that his charity was selling to raise money for the poor. He is pictured above in 2009 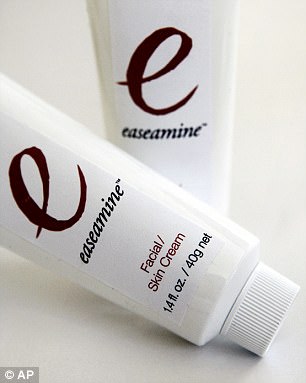 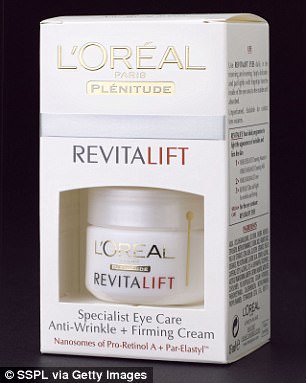 Easeamine skin cream was created using technology from a UMass discovery that adenosine could help with wrinkles. L’Oreal allegedly knew the technology was patented but went forward with its skincare line regardless

The cream, called Easeamine, is made using technology inspired by a discovery by two University of Massachusetts Medical School scientists.

They found that adenosine, a chemical compound found in the heart, can promote skin elasticity.

The lawsuit alleges that L’Oreal was aware UMass held the patent for the science and that L’Oreal had been denied patents because of their similarity to those granted to UMass.

The suit says the cosmetic company went ahead with a line of products based on the adenosine technology.

Wyrzykowski said the availability of the L’Oreal products decimated the Carmelites business.

‘For me, L’Oreal pillaged the poor, that’s what they did,’ he said.

The lawsuit was filed in June and amended this month. It was filed by Wyrzykowski and his company Carmel Laboratories LLC, along with UMass, which developed the technology and licensed it to Carmel in 2009.

L’Oreal has asked a U.S. District Court judge in Delaware to dismiss the lawsuit. The company’s attorneys argue in court documents that L’Oreal believes its use of adenosine falls outside the University of Massachusetts patents.

‘While we admire the purpose of the work these two organizations are doing together, we find no merit in these allegations,’ L’Oreal said in an email Wednesday to The Associated Press.

‘We expressed this point of view in many conversations we had with the Teresian Carmelites and their outside legal advisers over the past two years.’ 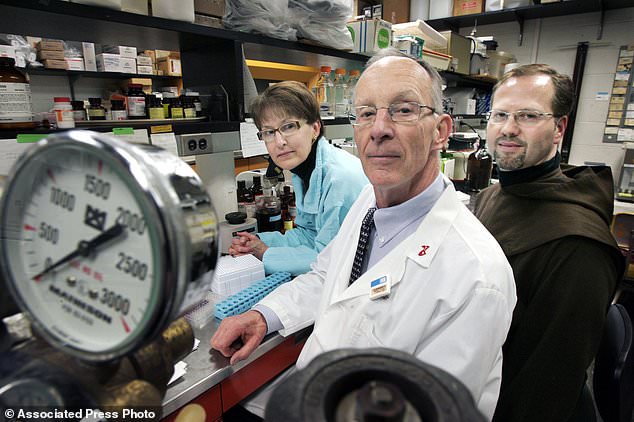 Dr. James Dobson, Jr., center, was one of the doctors who made the discovery at UMass. He is pictured above with Wyrzykowski (right)

A spokesman for the UMass Medical School said the school was not involved in drafting or filing the lawsuit, but became plaintiffs because it is obligated to protect the licensing agreement with Carmel.

James Dobson Jr. was one of two UMass scientists who made the discovery.

He said the technology is potentially worth millions of dollars.

‘If you know a patent is out there and you willingly infringe on it, that really upsets me,’ Dobson Jr. said.

‘The Teresian Carmelites were going to use the proceeds for the poor and disadvantaged in central Massachusetts and that was a noble thing to do,’ he said.

Wyrzkowski said the profit lost to L’Oreal forced him to sell property that was going to be used for a spiritual center.

The Catholic Church withdrew recognition for the Teresian Carmelites in 2008 because they no longer met the criteria to be a Catholic organization.

The group continued as a nondenominational nonprofit with about 15 current members.

‘We’ve basically turned it into a foundation because we were no longer able to sustain what we were doing because of what L’Oreal did,’ he said.

Damages sought by the lawsuit were unspecified. 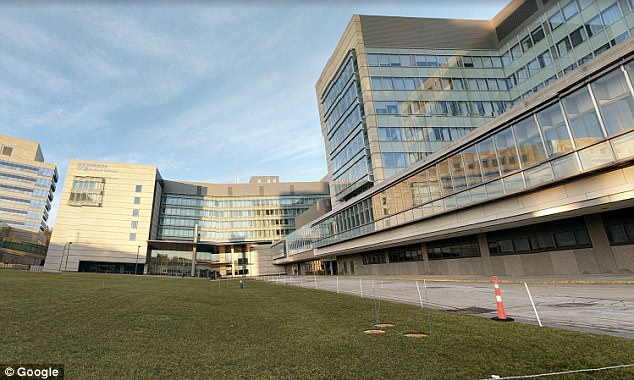