A lorry driver was gassed while sleeping in his cab before thieves stole more than £70,000 worth of equipment from his trailer.

Carl Bartlet was asleep in his vehicle on a Walsall industrial estate in the West Midlands when he was woken by a man who told him the lorry had been broken into.

Mr Bartlet, who woke feeling dizzy and sick, was stunned to discover his lorry had been slashed open by thieves who fled with dozens of gas regulators.

Beginning to feel worse, the 26-year-old went to hospital where he was told he had symptoms of being poisoned by an unknown gas.

It is not yet clear how the gas entered his cab, however it is suspected it might have been through the night heating system.

The father of three, who been driving lorries for the past four years to provide for his family, including his 10-week-old daughter, is now ‘scared’ to spend nights in his vehicle. 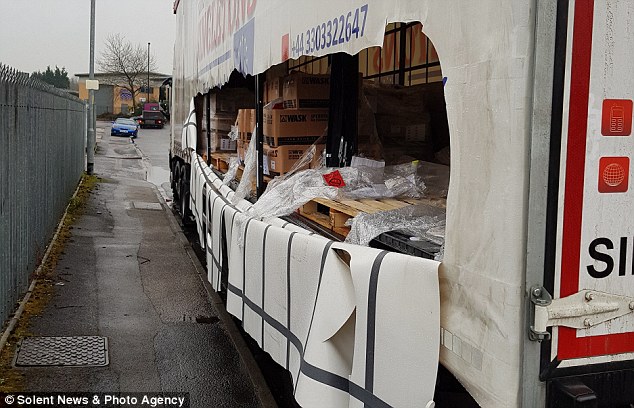 Bartlet had been woken up by a man who told him that his lorry had been broken into. He was ‘stunned’ to discover that the side of the vehicle had been slashed

Mr Bartlet said: ‘When I woke up I felt dizzy, and it got worse. I started feeling quite sick but I thought it was because of what happened.

‘The nurse at the hospital said I had the symptoms of being gassed and the gas they used may have been an anaesthetic gas.’

He added: ‘It was terrible and it has put me off – I have put lots of time and effort to learn how to drive a lorry but I feel scared now about spending the night out.

‘I have three children and that’s why I work so many hours. I do it for them.’

Tony Singleton, owner of Singletons Transport, the haulage firm Mr Bartlet works for, said: ‘It’s not always easy to find somewhere safe to park but something has to be done now. 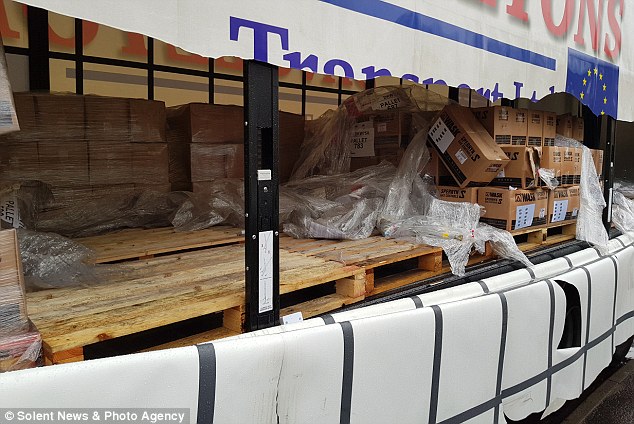 It is not known how the unknown gas entered his cab, however it is suspected it might have been through the night heating system. The thieves fled with £70,000 worth of gas regulators

Singleton said that it had happened to drivers before and stressed the importance of drivers having the right to feel safe in their job.

According to hauliers and drivers, gas attacks are becoming more and more common with crooks are targeting overnight rest stops used by long-distance drivers up and down the country for the crime.

According to reports, the thieves wait until the driver is asleep before spraying commonly available motoring products into the cab through vents or slightly open windows.

Police say this can act like an anaesthetic and throw the sleeping driver into a much deeper slumber, incapacitating him for several hours.

When the driver does eventually wake up he will feel groggy and suffer a severe headache but have little or no recollection of the attack.

Drivers have fallen victim to attacks in South Yorkshire, Northampton and the Midlands.

Mr Singleton said he will meet with the Road Haulage Association (RHA) on Monday.

A spokesperson from RHA said there had been a number of similar incidents and added: ‘The RHA urges hauliers to remain vigilant.’