This is the terrifying moment a lorry driver put countless of drivers in grave danger on the M18 motorway.

The police helicopter video shows a normal day on the M18 in Doncaster, South Yorkshire, before lorry driver Josh Taylor inexplicably does a u-turn and drives in the opposite direction.

On Friday he was jailed for 28 months at Sheffield Crown Court.

Taylor, 30, almost collides with an oncoming car in the right lane, before swerving across the road and driving down the emergency stopping lane on the other side of the motorway.

He continues to drive in the wrong direction for some time and then screeches to a halt in front of an oncoming semi-trailer.

The shocking footage next shows Taylor finally driving in the right direction again, before stopping on the middle of the motorway and proceeding on foot. 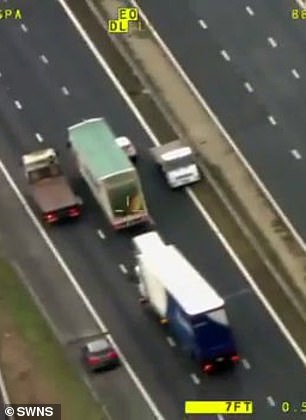 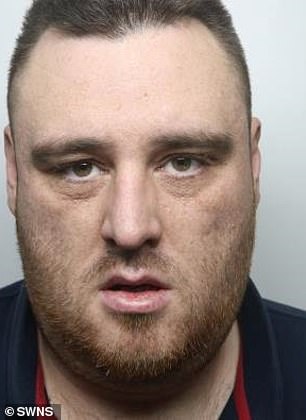 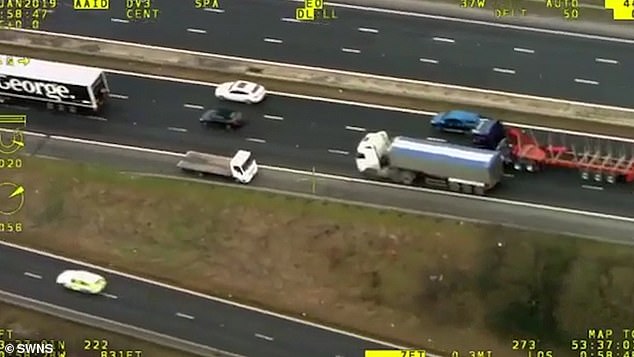 Taylor was driving in the right direction, before inexplicably doing a u-turn on the motorway

He was soon after caught by police who were hiding in a nearby caravan.

‘He endangered countless lives that day through his reckless and dangerous actions. 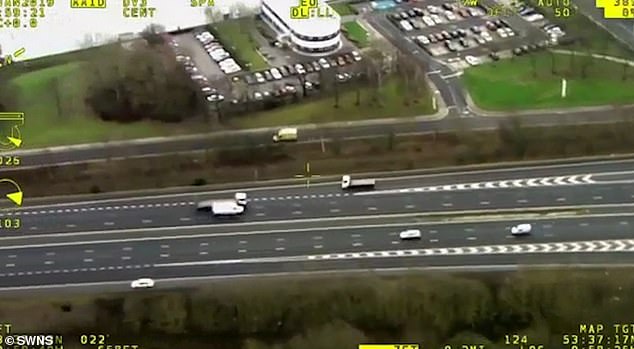 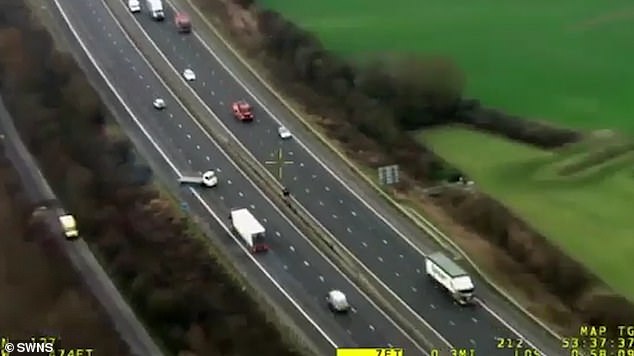 ‘He put responsible road users at risk not only whilst in the vehicle, but by dumping the lorry and then running through three lanes of traffic on a busy motorway.

‘We are pleased with the sentence he has received and hope that it acts as a deterrent for anyone else who drives dangerously on our roads.’

One of the officers was injured in the incident, however no members of the public were harmed. 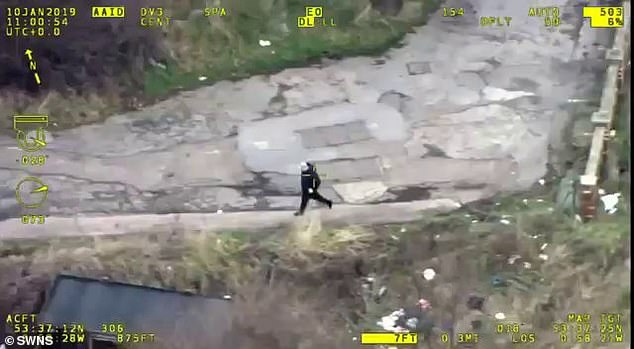 Taylor stopped the lorry on the M18 and proceeded on foot. He was soon caught by police