A market stall holder has been banned from having a stand in a town centre because she was selling ‘offensive’ Knights Templar coffee mugs.

Tina Gayle has been prohibited from having a stall in Loughborough Market after someone complained about the mugs.

She said the complainant had told the council the £6 Knights Templar mugs were offensive to Muslims and so she was asked to remove them from her stall.

When she refused to do so she was sent a letter and informed she had been given an outright ban.

Tina Gayle, 56, has been banned from having a market stall in Loughborough after someone complained about her selling Knights Templar mugs 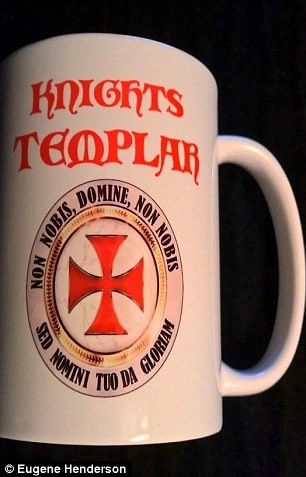 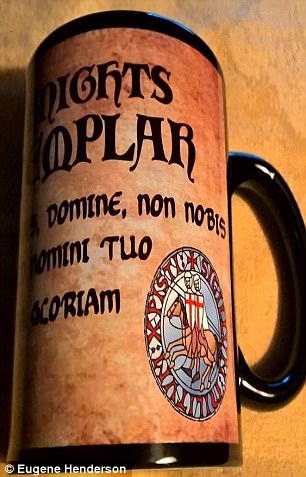 The offending mugs feature a drawing of a knight and are branded with the Latin motto which translates to: ‘Not to us Lord, not to us, but to Your Name give the glory’

Speaking to MailOnline Miss Gayle, 56, said: ‘It’s very unfair. The council told me about the complaint about the mugs and them being offensive to Muslims. They asked me to remove them. I said that was ridiculous and told them “no”.

‘They then printed off a letter on Friday at 4pm and said I’m banned. You’re meant to have three written warnings before expulsion and they didn’t do that. It was apparently something so bad they were banning me completely.’

She added: ‘They have only given me three days to appeal which is nowhere near long enough.’

Miss Gayle, who lives in Didcot, has been travelling to Loughborough and selling rare books there for the last three years.

She started selling the Knights Templar mugs to try and make more money, as she pays the council £22 to rent the stall.

She said: ‘I provide a service no one else provides. I find books that people can’t find and are out of print…I make a lot of people very happy. People know I am there and that I can find books they can’t find anywhere.

‘My customers think it’s terrible what’s going on and that the council are saying what they can and can’t buy.’ 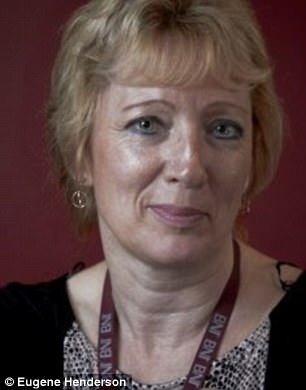 Referring to the mugs she said: ‘The complainant said they were offensive because the Knights Templar killed Muslims in the crusades 710 years ago.

‘The Knights Templar were fighting monks, used to protect pilgrims travelling to Jerusalem. They stopped them being robbed…they weren’t an army who were killing.

‘That’s where the saying ‘unlucky for some’ comes from.

‘A lot of my customers are Knights Templar, it’s a Christian Masonic Order. It’s about swearing a vow to protect the Christian faith.

‘Richard the Lionheart killed thousands of Muslims and I’ve had items relating him, and the Romans, and no one has ever complained.

‘No Muslims have ever complained…in fact I don’t think I’ve ever sold a book to a Muslim.

‘If I only sell books on people who haven’t killed someone, I’d be reduced to Alan Titchmarsh.’ 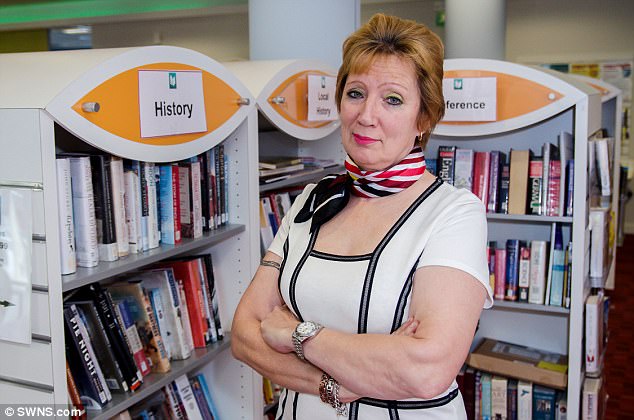 Miss Gayle, who lives in Didcot, has been travelling to Loughborough and selling rare books there for the last three years 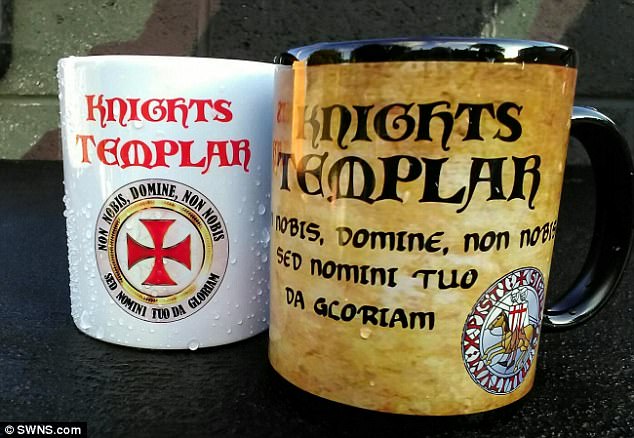 Miss Gayle had previously been warned by the council for selling Nazi memorabilia.

She said many of her customers are actors who take part in WWII re-enactments and explained how items she sells, such as a book that shows detailed descriptions of soldiers’ uniforms, can help them accurately portray characters.

Speaking at the time she said: ‘It will be such a shame if they take away the chance for an ordinary citizen to research whatever historical information they wish. You’re taking away an individual’s rights.’

She claimed the complainant was the same person who was angry about the mugs. 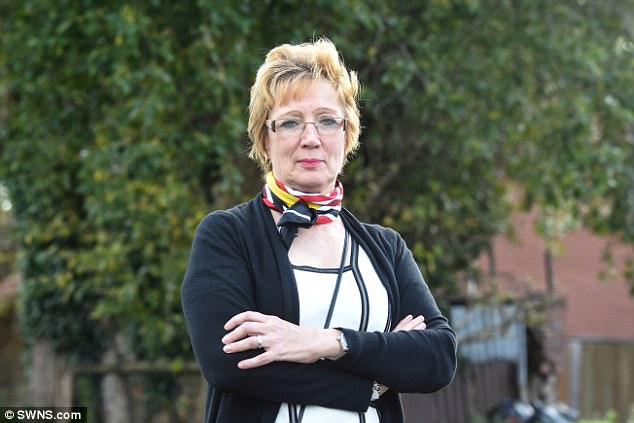 A spokesman for Charnwood Borough Council said: ‘We received a complaint in August about the trader selling Nazi memorabilia.

‘We want the public to have a safe and enjoyable experience when visiting our markets and we have a duty to ensure that items sold do not cause public offence, a threat to safety or that could bring the market into disrepute.

‘We visited the trader at her stall and found that some of the items being sold were modern mugs with Nazi symbols, and not historical or vintage items.

‘We spoke to the trader and advised that she would need to remove the mugs from the stall.

WHO WERE THE KNIGHTS TEMPLAR?

The Knights Templar was a religious order that fought in the Crusades.

The order’s full name was the ‘Poor Fellow-Soldiers of Christ and of the Temple of Solomon’.

It was founded around 1119 by French nobleman Hugh de Payens along with eight of his companions in Jerusalem.

The group of knights originally protected Christian pilgrims travelling to the Holy Land against attack from brigands and Saracen pirates after the crusaders captured Jerusalem in 1099.

They gradually transformed into a chivalric order of warrior-monks who fought bravely in the Crusades.

The history of the Templars in England began when Mr de Payens travelled to the country in 1128 to gather men and money for the Crusades.

King Henry II (1154–1189) granted the group land across England where they built several churches and other headquarters.

‘The trader agreed to remove the mugs and stop selling new items or items which could be offensive to customers.

‘We sent a letter on August 18 to the trader to confirm this decision.’

She added: ‘On Friday, October 6 we received a further complaint that the trader was selling contemporary Knights of the Templar mugs.

‘We visited the stall and spoke to the trader again to ask her to remove the mugs.

‘It’s not for us to comment as to why the mugs were offensive to the complainant, however we had previously asked the trader not to sell contemporary mugs or items which could cause offence so we asked for them to be removed.

‘The trader refused to remove the mugs from the stall so we issued a second letter which excludes the trader from all Loughborough markets.

‘This decision is in line with our market regulations which state that if a trader has displayed serious misconduct, they can be immediately excluded from trading, with no further warnings required.

‘Serious misconduct includes bringing the market into disrepute and selling items which could be offensive.

‘The trader can appeal this decision, and we would ask her to write to us to confirm she wishes to do so.’