Thirsty for love: Loyal camel walks in the desert alone for seven days to find its former owners after they sold it to another farm 100 miles away

A ‘homesick’ farm camel has gone on an arduous solo trek to find its old home after being sold to another family more than 100 miles away.

The loyal animal was exhausted and covered in scars when it finally met its former owners, according to local media.

The elderly camel had walked more than 62 miles alone in the desert before being spotted by a herdsman, who took it home and contacted its previous keepers, it is reported. 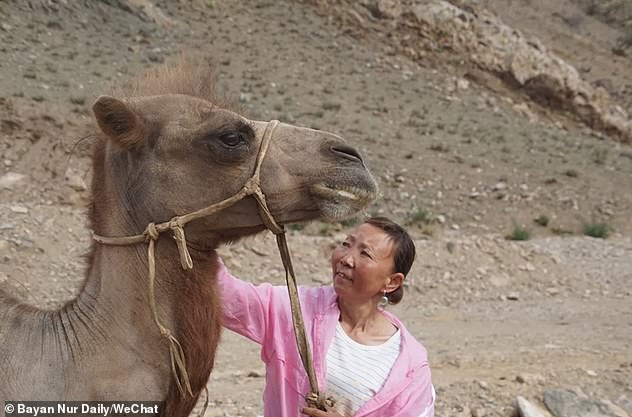 The couple in northern Chinese region Inner Mongolia initially sold the livestock to another herdsman who lived 170 kilometres (106 miles) away. The picture released by local media shows the camel’s former owner being reunited with the loyal animal after nearly nine months

The couple said that they had sold the aged animal in October to a herdsman who was farming camels.

But the ‘homesick’ camel ran away from its new home eight months after being purchased by the new keeper.

The loyal animal then went on a trek trying to find its former owners on June 27, according to the report.

The camel was said to have been covered in scars after trudging through sharp fences and busy highways.

After walking over 62 miles for 10 days, the injured animal was finally spotted by a local herdsman who took the camel home to look after while trying to find its owner. 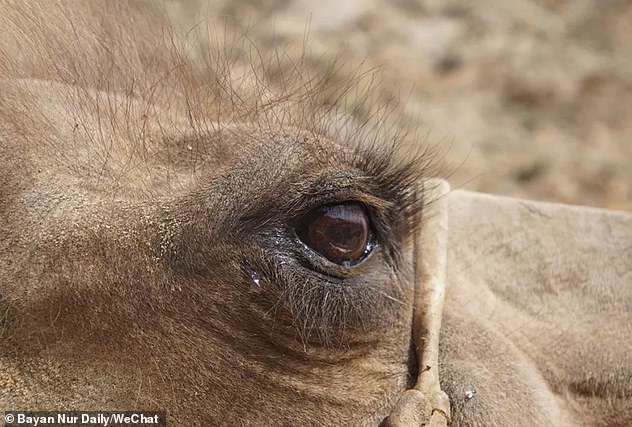 The animal escaped from its new owner’s farm and walked over 100 kilometres (62 miles) to look for its old keepers after ‘missing home terribly’, reported the local media Bayan Nur Daily 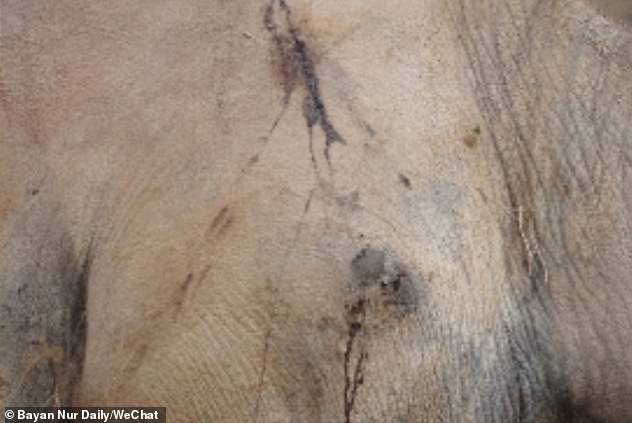 The camel was said to have been covered in scars after trudging through sharp fences and busy highways. The picture released by Bayan Nur Daily reportedly shows the camel’s wounds

The camel’s new keeper then went to the herdsman’s home to retrieve the livestock after discovering the event.

Upon hearing about its arduous journey, the couple who sold the camel said that they were deeply touched by the animal’s loyalty.

They decided to contact the new owner to buy the camel back again. They agreed on a deal of using another camel to exchange the animal.

The couple is seen in a touching video wrapping Hada, a traditional Mongolian ceremonial scarf, around the camel’s neck, meaning that the animal is becoming part of the family. 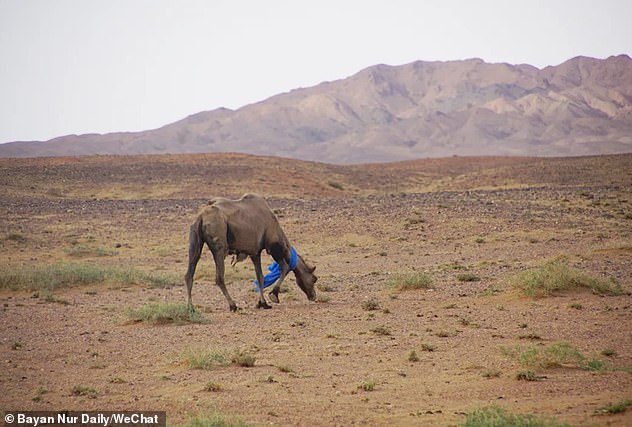 Upon hearing about its arduous journey, the couple who sold the camel said that they were deeply touched. The camel is pictured in Inner Mongolia after its former owners bought it back 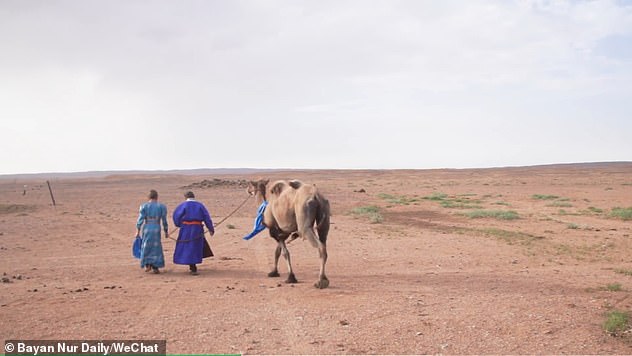 The couple told Chinese media that they planned to keep the camel and let it roam freely outdoors. The picture shows the camel being led home by its former owners in Bayan Nur

The couple told Chinese media that they planned to keep the camel and let it roam freely outdoors.

‘We won’t do anything to it. I would not sell it for anything,’ the husband told Pear Video.

The story has touched tens of millions of Chinese web users after the footage was shared on social media.

One commenter wrote: ‘Animals really understand and have a connection with humans. If you treat them well, they will miss you.’

Another one said: ‘This has brought me to tears. Animals are so pure. Please take good care of it from now on.’