Travelling up Glen Muick on the Balmoral estate in the Highlands is to follow in Queen Victoria’s footsteps.

In my time as a royal historian I’ve worked on exhibitions, television programmes and, most recently, a new biography of Victoria.

I know how much she cherished this bleak landscape, but even I was shocked to find how little had changed, how easy it was to imagine her jolting along in her pony-cart, gulping in the cold fresh air and pointing out the beauties of the loch to her handsome young husband, Albert. 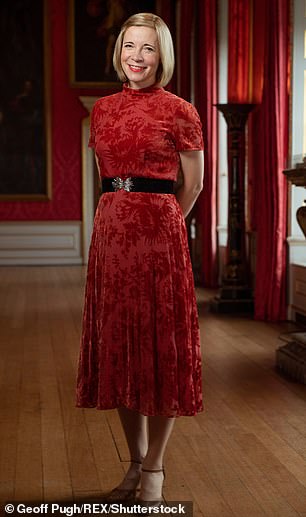 I was arriving for a holiday-slash-research trip, spent in a house that was special to Victoria.

The Balmoral estate’s main attraction is, of course, the celebrated castle, purchased by Albert in 1852.

Notorious for its antique tartan wallpaper, it was converted from an existing house by Aberdeen architect William Smith with a great deal of input from Prince Albert himself. He wanted a Scottish holiday home where he could have his wife all to himself.

And when Victoria’s government ministers subsequently came to stay, because accommodation had been kept deliberately tight, they complained they had nowhere to work on their papers but their bedrooms.

But Victoria loved to escape, even from the castle itself, and my destination was one of the royal couple’s favourite hideaways: Allt-na-guibhsaich, or what its original owners called ‘The Hut’.

Originally a farmer’s house, to which they added a number of extra bedrooms, it’s now a self-catering holiday home overlooking the still, black waters of Loch Muick, deep in the bleak but beautiful Cairngorms.

One of Victoria’s servants, the ‘dresser’ who looked after her clothes, described stays in The Hut as chilling to the bone. Frieda Arnold was German and you get the sense from her diary that the other servants teased her about the ‘need’ to drink whisky to survive the Highlands.

Frieda described how, to beat the cold, she was made to try ‘a true Scottish drink called Whisky: it is the strongest spirits that can be distilled, and one has to drink it in the thin air, in order not to fall ill…it rolled down my throat like fire, but warmed me so agreeably from within’.

But whisky drinking is still encouraged, and the nearby 174-year-old Royal Lochnagar Distillery (the ‘Royal’ prefix stems from the patronage of Victoria and Albert) is well worth an outing for guided tours and a wee dram of their Balmoral Malt, brewed exclusively for sale on the estate.

Victoria would write of her hideaway as a tiny, primitive place, but our party of five adults and two children were rattling around in it. 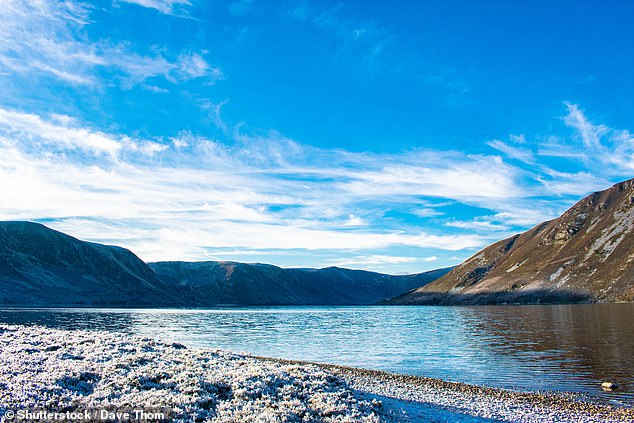 Loch Muick, ‘deep in the bleak but beautiful Cairngorms’

We were even able to hold running races in the long corridors. The row of servants’ bells still hanging on a wall showed the royal idea of the simple life to be quite different from mine.

But we enjoyed many of the same things as Victoria herself: climbing up the nearby peak of Lochnagar and eating in the open air.

The queen would go boating on the cold, black waters of Loch Muick, but our younger party members leaped right in while the adults stoked a cooking fire on its stony beach and prepared the towels.

As we were a half-hour drive from the nearest town, Ballater, we had to make much of our own fun.

Luckily, our guests included a full-on alpha male: Dr Adam Smith, director of the Scottish Game and Wildlife Conservation Trust, a man who can light a fire, roast a road-kill deer and drive nervous Londoners like myself up seemingly impassable tracks in his Land Rover without breaking a sweat.

One wet weather activity, of course, was a visit to Balmoral Castle, a 40-minute drive or a bracing three-hour walk directly across the mountain. When the Royal Family are in residence — as they are now — the castle and grounds are closed. 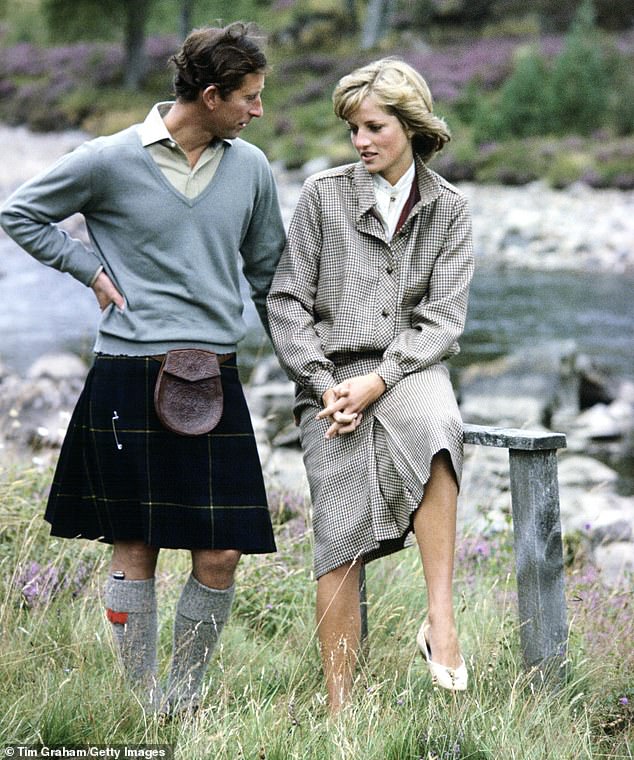 Charles and Diana on their honeymoon at Balmoral, with the River Dee in the background

But when they are elsewhere, you can visit the gardens, look round the castle and visit the ballroom where Victoria loved to perform Highland Reels.

The ballroom contains a changing programme of exhibitions from The Royal Collection, including the dais where Victoria would sit and watch, foot tapping, until she threw herself into the fray.

Strait-laced Albert disapproved of both the dancing and drinking. He thought of his wife’s raucous balls as a ‘veritable witches’ dance’ during which far too much whisky was consumed.

As well as The Hut, the Balmoral estate contains numerous other holiday cottages, many of them closer to civilization.

Colt Cottages, Connachat Cottage and Rhebreck Lodge, graded three and four-star, are available throughout the year for week-long rentals, while the Garbh Allt Shiel is available from late April until early November (though they may sometimes be closed when the Royal Family is in residence — check out balmoralcastle.com for availability). Be warned, they do book up long in advance so you need to be organised.

One of the most quirky is Karim Cottage, a bungalow that was once the residence of Abdul Karim, who in later life became the queen’s favourite servant. Born in Agra, Karim was employed to teach her Urdu, for having become Empress of India she was keen to learn more about the culture of a country she would never visit.

Karim has had his moment recently as the focus of the feature film Victoria & Abdul, based on real life sources about his life, in which Judi Dench reprised her Queen Victoria role from two decades ago in Mrs Brown. 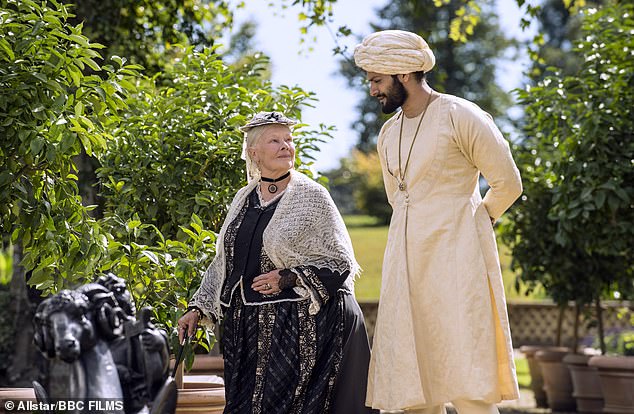 Billy Connolly’s character in that movie, her outspoken Scottish servant John Brown, forms another part of the area’s attraction, and you can visit the faithful retainer’s grave in Crathie Kirkyard.

Ballater is also seeped in Victorian history, though sadly it has lost the railway station by which the queen used to arrive on her special train from London.

It’s a lovely mix of shops, cafes, restaurants and galleries where you can stock up on food and other vital supplies.

In one local cafe I was approached by the owner, who asked me if I was ‘that historian off the telly’. When I told her that indeed I was, she sniffed. ‘I don’t know what Ballater’s coming to,’ she said, ‘we had that Kylie Minogue here last week.’

Perhaps Ballater’s fanciest restaurant is the Rothesay Rooms, opened in the wake of the 2015 floods that decimated local homes and businesses to champion organic, locally sourced produce.

For foodies especially, the 40-seat restaurant is well worth a visit. For something a wee bit less formal, the Rocksalt & Snails is a nice cafe for a seasonal bistro lunch or coffee and a snack.

Further up the course of the tea-coloured River Dee, you can visit the fairy-tale castle at Braemar, and on September 7 attend the ‘Braemar Gathering’ (Highland Games), which also fascinated Victoria.

She first visited Scotland in 1842 as a newlywed, but she had been in love with the Highlands since reading the romantic novels of Sir Walter Scott in her teens.

After Albert died aged just 42, Victoria could no longer bear to visit the Bothy where they had both been so happy. So she built herself another little lodge, even further up the black loch, set among the pine trees. She continued to stay at Balmoral for up to four months at a time for the rest of her life.

Here, with Abdul Karim in attendance, she would retreat, mourn and listen to the wind. Her last visit to the estate was just three months before her death on January 22, 1901.

The lodge at Glas-allt-Shiel is now in ruins. But it makes a fitting memorial to the queen who gave her name to an age.

Standing outside it, amid the barren beauty of this desolate landscape, it was almost as if the widowed, lonely and desolate queen was standing right beside me.