Christian Brueckner, 43, had challenged the arrest warrant issued over a 2005 rape charge in relation to a separate case

The prime suspect in the Madeleine McCann case has bid to get out of jail rejected as the European Court of Justice ruled his extradition was legal.

Brueckner’s challenge had been against a conviction in Germany for the rape of a 72-year-old woman in Portugal in 2005.

The 43-year-old had challenged the arrest warrant issued in relation to the case which saw him extradited from Italy to Germany in 2018.

His lawyer Friedrich Fulscher had attempted to argue that protocols in the use of the European Arrest Warrant were breached.

Mr Fulscher claimed on a technicality that ‘specialty protection law’ was broken because he was extradited for the drugs conviction but then subsequently put on trial for raping the elderly woman.

But the European Court of Justice earlier today found the conviction justified because Italian authorities, who had handed the German suspect over to German authorities, had given their consent for him to be prosecuted for that separate rape case.

In a statement the court confirmed it had ruled against Brueckner and stated he is no longer entitled to rely on the specialty rule’.

Brueckner is currently serving a sentence for drug trafficking in the northern German city of Kiel which ends on January 7, 2021.

He had applied for early release and could have been freed if the separate sentence over the rape in Portugal had been thrown out by the European Court of Justice.

But the ruling now means when the jail term for drug trafficking ends, the prison time for rape would then follow.

In June, Brueckner was identified the German man as a suspect in the case of Madeleine McCann. 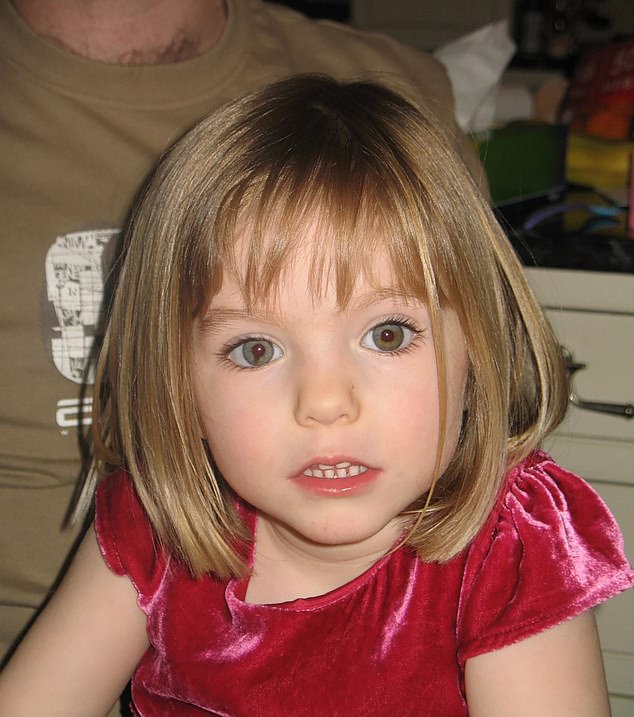 In June, Brueckner was identified the German man as a suspect in the case of Madeleine McCann (pictured), who disappeared from an apartment in 2007 while her family was on holiday in the resort of Praia da Luz, Portugal

The three-year-old disappeared from an apartment in 2007 while her family was on holiday in the resort of Praia da Luz, Portugal, as her parents dined with friends at a nearby tapas bar.

Despite a huge international manhunt, no trace of her has been found, nor has anyone been charged over her disappearance.

Earlier this year, German prosecutors made the stunning announcement that they were investigating a 43-year-old German man in connection with the case, saying they have ‘concrete evidence’ he had killed Maddie.

Brueckner had been living nearby at the time of Madeleine’s disappearance and telephone data suggests he was near the apartment just hours before she was last seen.

But authorities say they do not have enough evidence to hold him in prison on the strength of the McCann case alone.

British police are still treating her disappearance as a missing persons case.