Major concern over ‘probiotics for migraines’ research being used to promote £9.25 pills after scientists recorded ‘no placebo effect’

By Paul Dinsdale For The Mail On Sunday

Could a daily dose of gut-friendly bacteria ease agonising migraines?

That’s the claim behind a new probiotic supplement, called Bio-Kult Migrea, which costs around £9.25 for 60 capsules. But according to a leading migraine expert, the research on which the supplements is based is fundamentally flawed. Bio-Kult has, according to the manufacturer, been ‘scientifically developed to target the digestive tract and the head’ with 14 different bacteria. The theory is that disturbances in the bacteria in our guts – the microbiome – may exacerbate neurological disorders, such as migraine. By restoring a healthy microbiome, the number of attacks are said to be significantly reduced.

Bio-Kult has, according to the manufacturer, been ‘scientifically developed to target the digestive tract and the head’ with 14 different bacteria

In a study 100 migraine sufferers who took Bio-Kult Migrea for eight to ten weeks saw attacks decline by up to 45 per cent, and headache intensity drop by a third, while those taking a dummy pill saw no improvement.

One of Britain’s leading migraine experts, Dr Nick Silver from the Walton Centre NHS Foundation Trust in Liverpool, said: ‘I have major concerns about this research. A zero response to the placebo capsule is unheard of in pain relief studies.’

He said it suggests the study design was flawed and added: ‘I would urge people not to abandon prescription medicines in favour of probiotics on the back of such a small study.’

But Dr Glenn Gibson, professor of food microbiology at Reading University, said the study has ‘massive clinical implications’ for migraine patients, adding: ‘The gut microbiome is central to many disorders which previously we did not feel were linked.’ 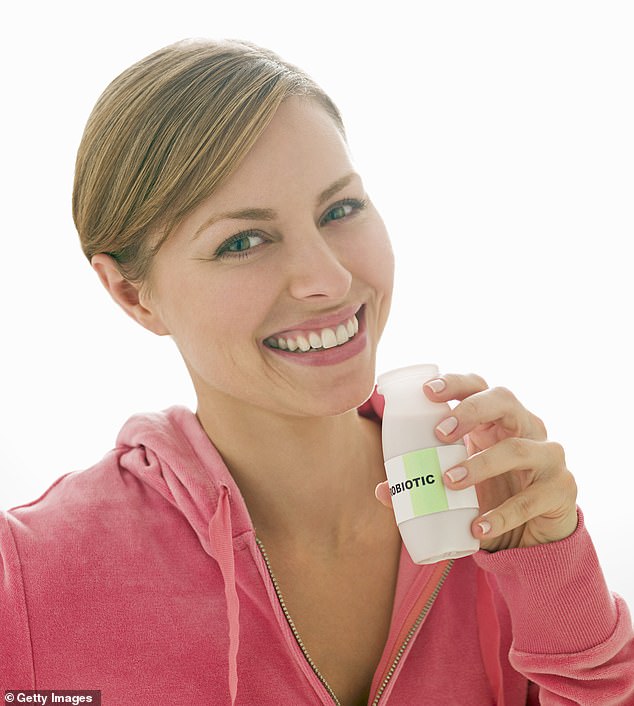