Man, 20, who ‘cut off the head of his housemate’s Staffordshire terrier was on a cocktail of drugs’

Man, 20, who cut off the head of his housemate’s Staffordshire terrier in sickening ‘bloodbath’ was high on a cocktail of drugs

A man who severed a dog’s head was high on a ‘cocktail of drugs’ at the time of the sickening attack.

James Alexander Rech, 20, appeared for sentencing submissions in the Adelaide District Court on Friday after admitting to a string of offences including ill-treating an animal to cause death and slashing another man with a knife last July.

The court heard after Rech cut off the head of the Staffordshire terrier dog he was found outside in the street holding it up – in what his defence lawyer described as ‘bizarre and unfathomable behaviour.’ 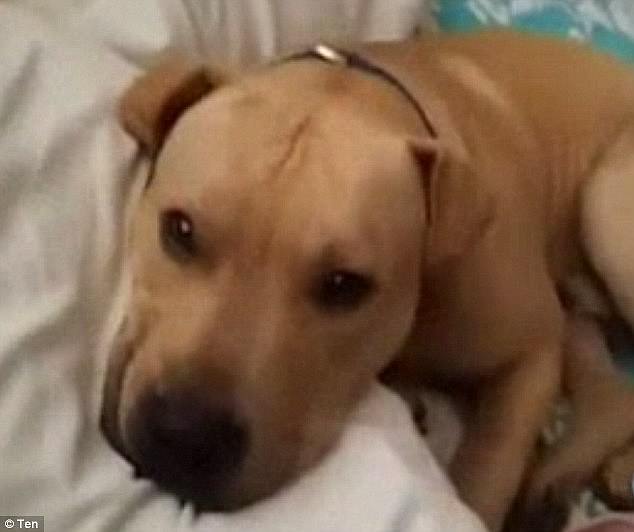 Prosecutor Manfred Wojtasik, who was the first on the grizzly scene, said parts of the dog’s body were ‘scattered everywhere’ before adding the Hampstead Gardens home in South Australia was a ‘bloodbath.’

‘This situation came to light through a member of the public who saw the defendant (Rech) in the middle of the roadway holding the severed head of a dog,’ he told the Advertiser.

‘Police located the defendant standing in the street covered in blood, holding the head of the Staffordshire Terrier in one hand, and a meat cleaver in the other.’

Following the gruesome attack, the RSPCA were called to collect a number of body parts from the property.

When he was found by police, Rech had dog bites across his body and was taken to Royal Alfred Hospital.

He claimed the bites came from another dog he was ‘playing with’ days earlier.