Man ‘punched sex worker after fight over a condom’

A businessman has faced court charged with assaulting a brothel worker – after she refused to have sex with him without a condom, a court heard.

The court heard that Mortgage Broker Andrew Strogylos, 36, paid $200 for a ‘platinum service’ at  Zinia Brothel in Sydney’s west on March 16 when the alleged fight broke out.

Burwood Local Court heard that Strogylos, who is charged with common assault and assault occasioning actual bodily harm, allegedly took his condom off before trying to have sex with the 28-year-old sex worker.

Mortgage Broker Andrew Strogylos, 36, paid $200 for a ‘platinum service’ at Zinia Brothel in Sydney’s west on March 16 when the alleged fight broke out

The alleged incident happened at Zinia Brothel in Strathfield, in Sydey’s inner west, on March 16.

According to the Daily Telegraph Strogylos argued with the woman when she tried to ‘shut down’ the one-hour session because he allegedly wouldn’t wear protection.

Court documents claim Strogylos told the woman he had paid $200 for platinum service and she should ‘offer those services’.

The court heard the woman called for help and covered herself with a towel until her co-worker Yi Xun Gan entered the room.

Police allege in court documents that Strogylos then spat in the woman’s face, she poured water on him and he allegedly retaliated by punching her in the face. 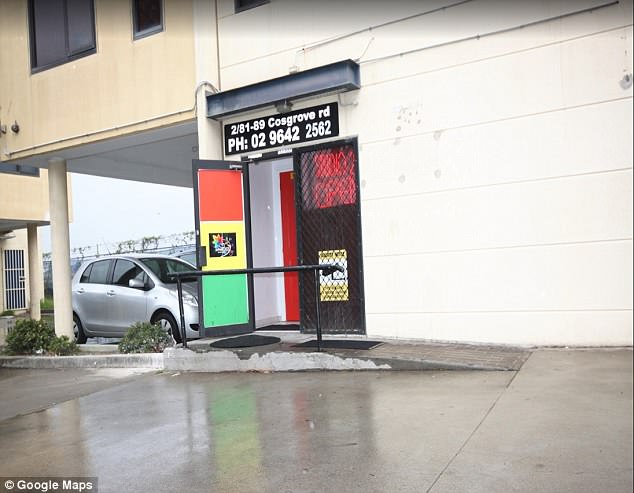 Strogylos, who is charged with common assault, assault occasioning actual bodily harm, and supplying and possessing drugs, allegedly took his condom off before trying to have sex with the 28-year-old brothel worker

Mr Gan was also allegedly punched in the face after trying to help the woman.

Strogylos was arrested on April 27 at his home in Belmore.

Police allegedly uncovered a stash of steroids including 63 10ml vials of testosterone in his bedroom.

He was also charged with five counts of possessing a prohibited drug and supply prohibited drug, after police allegedly uncovered pills and other items at this home.

Strogylos, who did not apply for bail and it was formally refused, will face court again on August 2.