An elderly woman was run over in the parking lot of a Florida McDonald’s after a man walked up to her table and stole her handbag.

The woman chased the man into the parking lot and tried to confront him.

Security video captured the moment the male suspect walked up to the woman before leaning over her shoulder from behind to snatch her purse right from the seat. 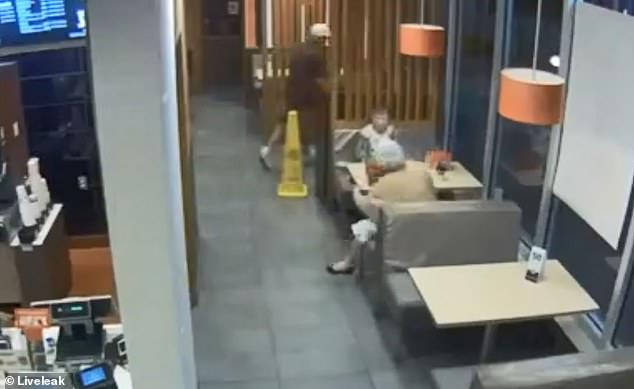 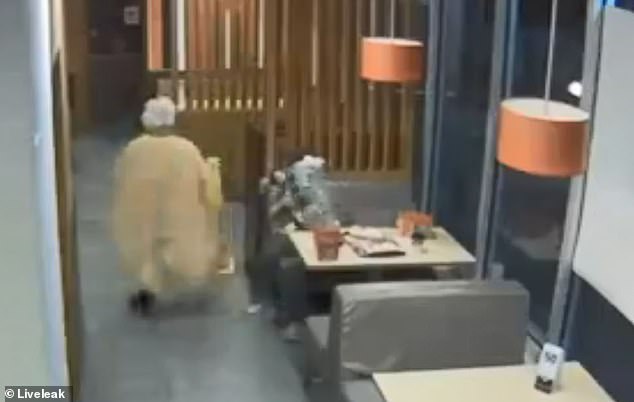 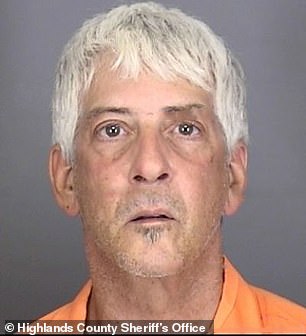 Footage then shows the man sprinting out of the restaurant with the woman following closely behind.

He jumps into the driver’s seat of his car and closes the door behind him – but the woman is not far behind.

Just as she reaches the car she manages to pull the door open.

But the man has no intention of stopping and shifts the car into reverse.

As she pulled the door open, the man drives backwards with the car door wide open slamming the woman to the ground and dragging her along the tarmac. 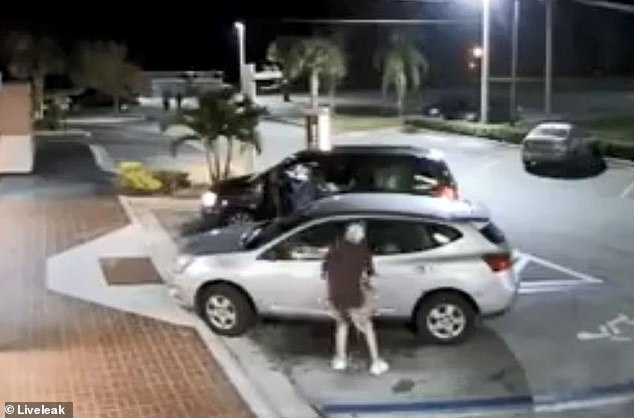 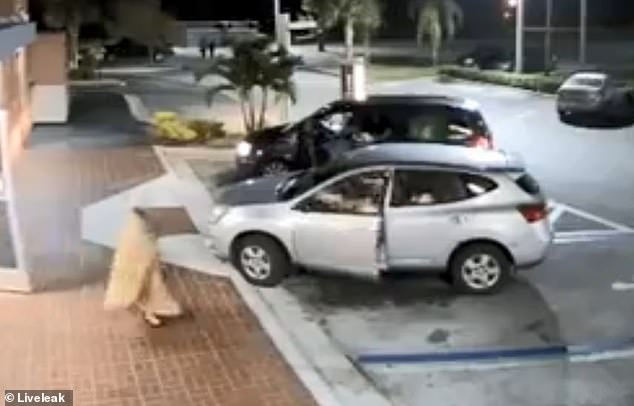 In the video, the victim can be seen running after the man and catching up with him as he gets into a waiting car 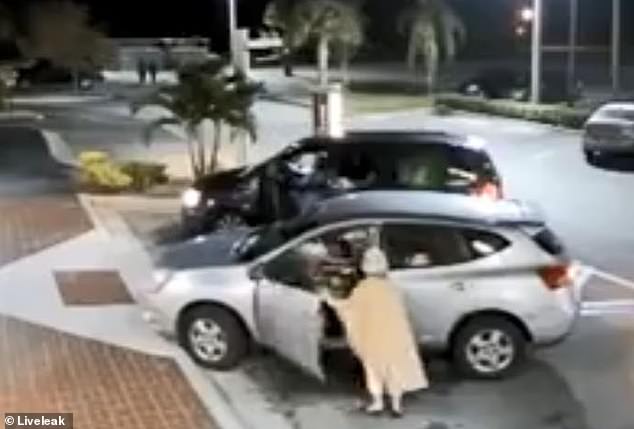 The wheels of the car nearly run her over in the process as he rushes to make his escape.

The woman was taken to a local hospital where she is being treated for her injuries. Her condition is unknown at this time.

Okeechobee Police have  arrested Charles Alton Stratton Jr in connection to the incident. 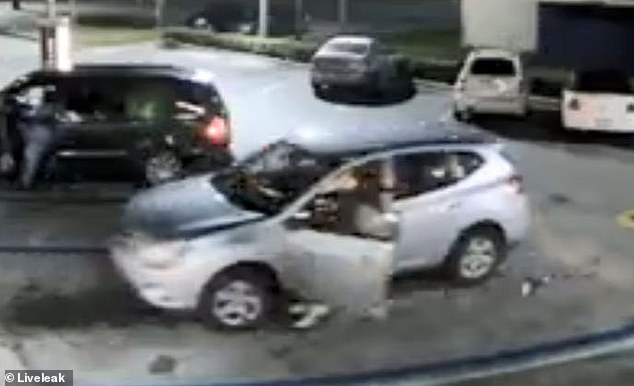 The woman is knocked to the ground, dragged and nearly run over 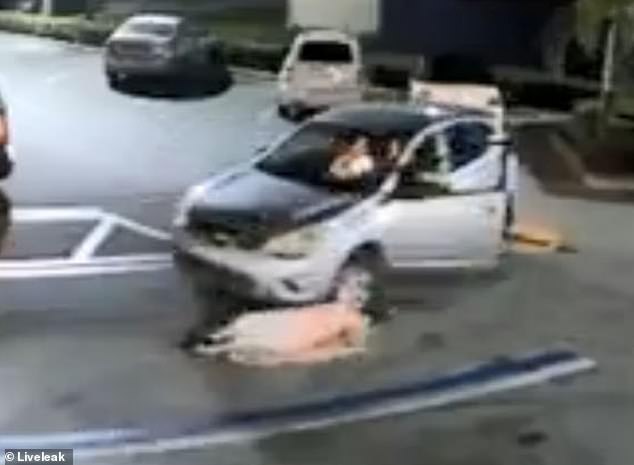 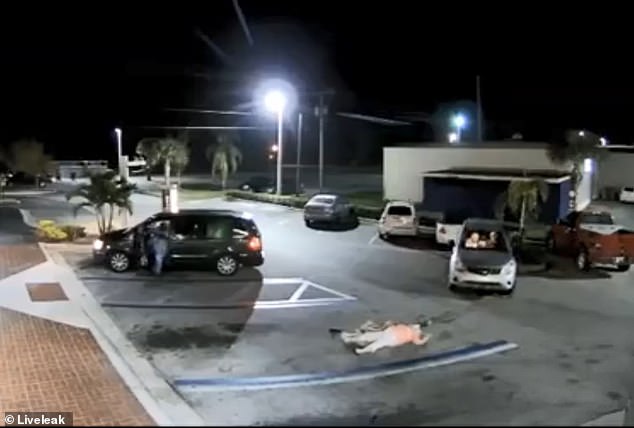