Man, 28, clings to life after shooting his stepbrother, 35, in the in Mother’s Day feud on family farm and then turning the gun on himself

A man is believed to have shot his stepbrother in the chest before turning the gun on himself during a Mother’s Day feud on a family farm.

The 28-year-old man shot the 35-year-old man at a rural property in Bingleburra,  200km north of Sydney, on Sunday around midday.

The men are understood to have argued ‘over something petty’ before the younger man grabbed a .22 calibre rifle.

Witnesses said the 28-year-old then walked up to his stepbrother, shooting him at close range in the chest, the Daily Telegraph reported. 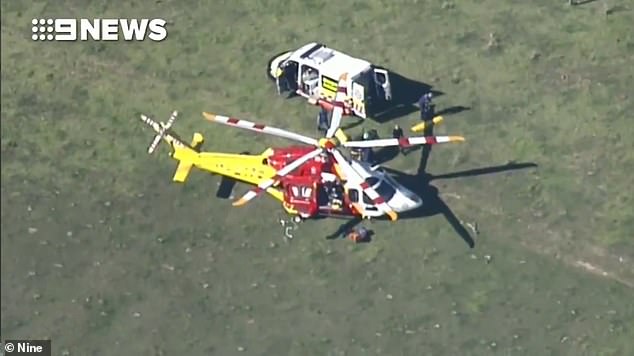 Both men were taken to John Hunter Hospital. The 35-year-old is in a serious but stable condition and the 28-year-old is believed to be fighting for his life

The distraught family called an ambulance for the older brother before passers-by found the younger man bleeding out on Bingleburra Road.

The 35-year-old was airlifted to John Hunter Hospital and is in a serious but stable condition.

A short time later the 28-year-old was flown to the same hospital in a critical condition and is believed to be fighting for his life in an induced coma.

The horrific altercation is understood to have taken place in front of the older man’s mother.

The younger man is the woman’s stepson and lives at the property with her and other family members.

According to neighbours, the older man had travelled 90km from his home on Tanilba Bay, in Port Stephens, to be with his mother on Mother’s Day.

It is understood that the argument began shortly after the older man arrived.

Detectives have established a crime scene and investigations are ongoing.

On Sunday a police spokesperson said: ‘An investigation is underway following a domestic-related shooting in the state’s Hunter region today.

‘About midday (Sunday 12 May 2019), emergency services were called to Bingleburra Road, Bingleburra, following reports two men had been shot. 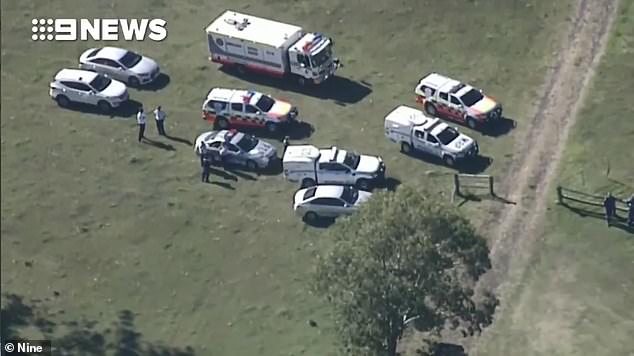 ‘Police have been told two men – aged 35 and 28 – were involved in an altercation, where the older man sustained a gunshot wound to the chest.

‘The younger man fled the property and was located nearby, suffering a gunshot wound to the head, which is believed to be self-inflicted.

‘Both men were treated at the scene by NSW Ambulance paramedics, before they were airlifted to John Hunter Hospital, with the younger man reported to be in a critical condition and the older man in a serious but stable condition.

‘Officers from Port Stephens-Hunter Police District attended the property and established a crime scene, which will be examined by specialist forensic officers.