Pep Guardiola and his Manchester City players have been spotted arriving at the city’s airport as they prepare to fly to Germany for the first leg of their Champions League last-16 tie with Schalke.

Sergio Aguero and Co looked sharp in matching blue jumpers designed by DSQUARED2 as they strolled into the departures area ahead of their flight to Dusseldorf.

City and DSQUARED2, an Italian brand, announced their multi-year partnership in October 2016. Since then, DSQUARED2 have dressed the club’s players and coaching staff in their pre-match outfits for away Champions League matches. 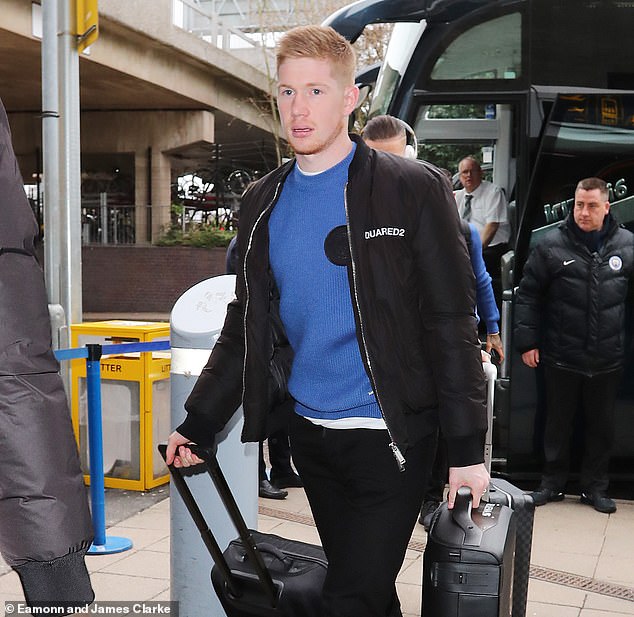 The like of Kevin De Bruyne, Bernardo Silva, David Silva and Raheem Sterling were all present as the stars unloaded their luggage off the team bus and wheeled it into the terminal building.

Sterling covered his blue jumper up with a DSQUARED2 coat to keep out the cold weather while manager Guardiola opted for a black ensemble as he prepares to return to Germany after managing Bayern Munich between 2013 and 2016.

There will be cause for concern for City though as both Gabriel Jesus and John Stones were two notable absences from the travelling party.

Neither player trained at the club’s open session on Tuesday morning and are not on the plane to Germany. Fabian Delph and Benjamin Mendy were also left behind while captain Vincent Kompany has been included. 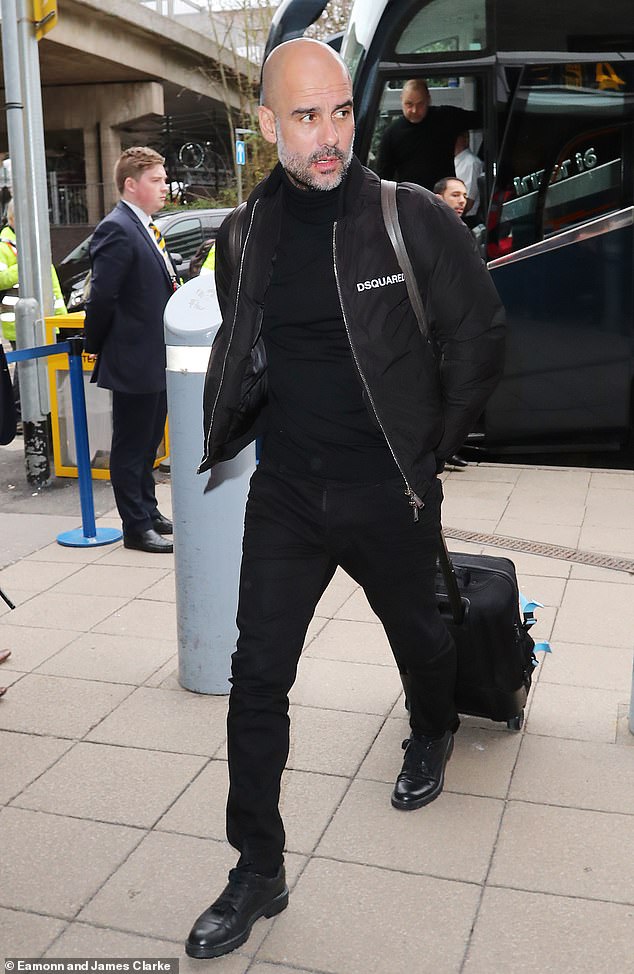 Guardiola’s side are heavy favourites against a side who are 14th in the Bundesliga, and will hope to take a hefty advantage into the second-leg next month.

This week is shaping up to be season-defining for Guardiola as his side continue to fight for silverware on all four fronts.

After reaching the quarter-finals of the FA Cup with victory over Newport they play Chelsea in the final of the Carabao Cup on Sunday.

But Ilkay Gundogan fears that without European success City will not be remembered as a top team. 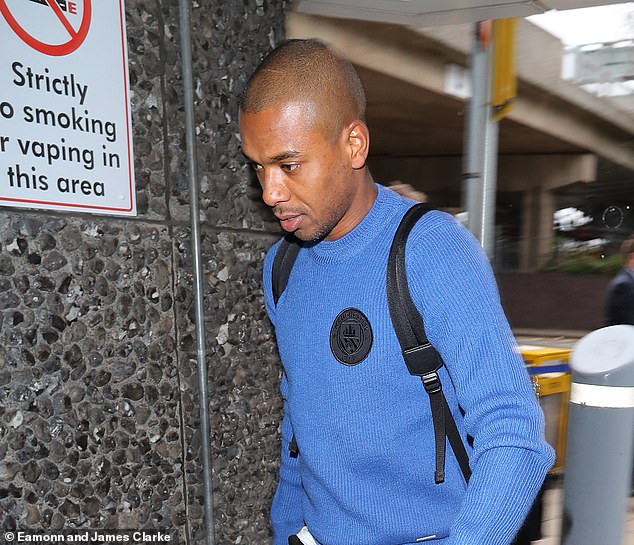