Manchester City midfielder Rodri has spoken of his relief at making the incredible goal-saving tackle that thwarted Fabinho and denied Liverpool all three points on Sunday at Anfield.

Rodri appeared from nowhere to get across goal and stick his leg out to prevent Fabinho’s shot going into the net after Man City keeper Ederson had flapped at Mohamed Salah’s free-kick.

‘It was nearly awful for us, but it finished 2-2 so I am happy with that,’ Rodri told City’s official website. 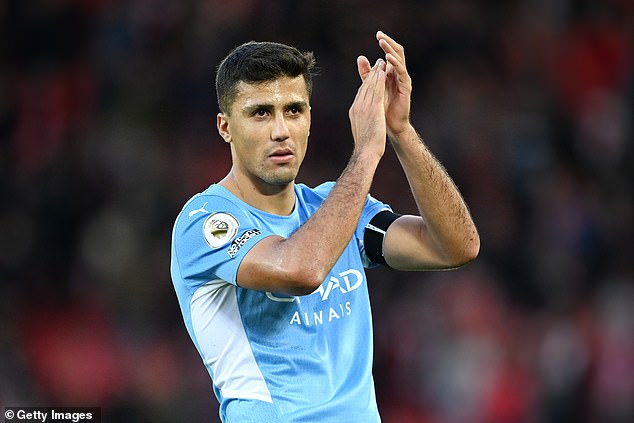 The Spaniard said the block was as important as a goal down the other end as his side avoided what would have been a chastening defeat after dominating most of an epic match between the last two Premier League champions.

‘Of course, they came close. But I was ready to help the team in that situation. It was a key moment and I was happy to defend that goal.’

City players have now set off with their national teams for the international break and Rodri was glad to see the back of a gruelling week which saw his side win 1-0 at Chelsea, lose 2-1 away to Paris Saint-Germain and then draw at Anfield. 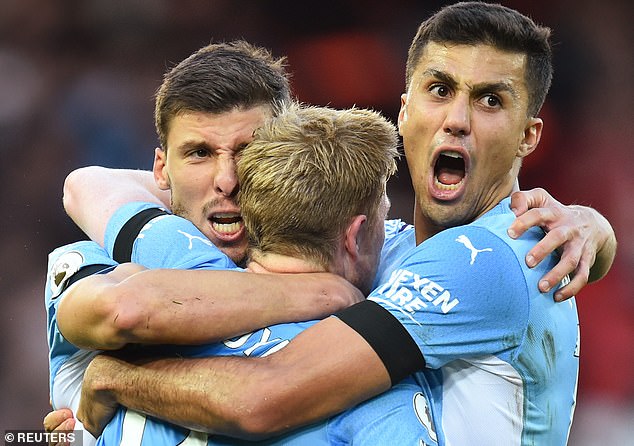 ‘I think we have a very positive feeling that we just passed the most difficult part of the season (so far),’ Rodrigo added.

‘So many tough games away, travelling and everything. Three games this week and I think we deserved a little bit more.

‘I think we deserved to win all three, honestly. Chelsea, Paris and Sunday. But football is like this and these big teams have very good players that can make the difference.

‘Sometimes we still have to step forward in the areas, both offensively and defensively, to make the difference. I think we have to work on that.

‘(But) I think these moments give us the feeling that we can win and fight again. It has been an unbelievable week with three tough games. It is not easy and all of them were away from our home.’ 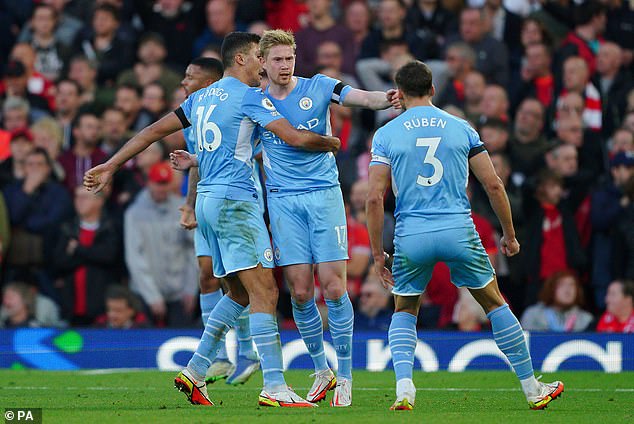 Although City did not quite get what they wanted at Anfield, Rodri felt his side showed real spirit to twice fight their way back into the game, with Phil Foden cancelling out Sadio Mane’s opener then Kevin de Bruyne striking late after Salah had restored Liverpool’s lead.

‘Seeing the team come back twice, I think it is about the mentality of the team,’ Rodrigo said. ‘We don’t give up and we are the champions, so we have to face every situation.

‘The way we were losing 1-0 and then 2-1, but we came back with personality, fight, we never dropped and we achieved this point.

‘Seeing the team come back twice, I think it is about the mentality of the team.’