Ron Hill, 79, once the world’s top marathon man was the second man ever to break 2.10

Ron Hill, 79, once the world’s top marathon man, can tell you the exact time he took to win gold at the Commonwealth Games in Edinburgh in 1970 — two hours and nine minutes.

He was the second man ever to break 2.10 — and he is still revered by elite athletes across the globe. ‘One of the best days of my life!’ he beams. ‘People said: “That pace is suicidal, he’ll never keep it up”. But I had everything under control.

‘I covered ten miles in 38 minutes and I was a bit tired, but my body was working perfectly and I knew I could win, so I put my head down and ran. Coming in first, then clapping the other guys in, it was just marvellous. I’ll never forget it.’

He also remembers the same year when he won the Boston Marathon — the first Briton ever to do so — and he can describe in detail the silver string running vest and ultra-light shoes he designed himself.

But ask him how many grandchildren he has, and he struggles to find the right answer. ‘ . . . One, I think,’ he says uncertainly, leading the way past framed family pictures of his wife, May, and sons, Steven, 54 and Graham, 52, to a study crammed with trophies and memorabilia.

Two years ago, Ron’s family began to notice differences in his behaviour. He’d leave his key in the door and he seemed unable to make decisions. ‘He wasn’t the strong, decisive man I’d grown up with,’ says Steven. ‘There seemed to be more and more little notes around the house — writing things down to try to remember them — but nothing seemed to get done, the notes stayed and were added to.’

Steven feared his dad might be showing early signs of dementia, so asked him to see his GP for a memory test. Ron would turn up but forget what he’d gone for.

Dementia is the catch-all term for a collection of symptoms — including memory changes — that affect someone’s ability to function in their day-to-day life.

It isn’t a natural part of ageing. It’s a disease that causes physical changes in the brain: as it progresses, the structure and chemistry of the brain changes, and as a result, nerve cells die. Diagnosis is based on a combination of assessments and memory tests that can be done by a GP, a hospital specialist or at a memory clinic.

Last year, when Ron’s memory seemed to be worsening, Steven insisted on going with him to the doctor. ‘Dad told him happily: “I feel great, no problems at all”,’ says Steven. 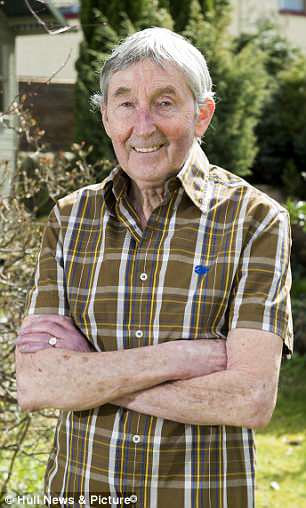 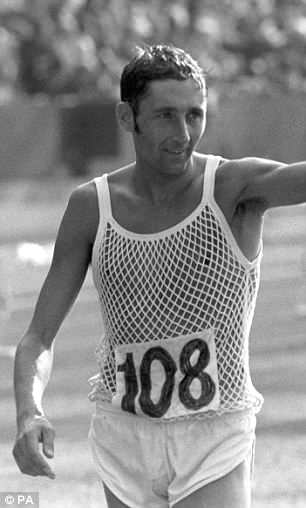 ‘That shocked me, because we knew he was getting more and more mixed up and confused. But when the doctor asked Dad to repeat the months of the year backwards, he couldn’t get any further than September. Sat next to him, I could see just how difficult he was finding it, and how out of character that was for him.’

Fuelled by an indomitable spirit, Ron, a textile chemist who set up his own sportswear company, famously ran every day of his life for 52 years, clocking up more than 160,000 miles until a heart problem in 2016 forced him to stop. ‘For Dad to achieve what he did, he had to be determined, very stubborn and completely self-reliant,’ says Steven.

‘Until then he was still driving himself as hard as ever, still obsessed by other people’s race times and keeping a meticulous training diary — to hear him struggle to recount the months of the year felt devastating.’ 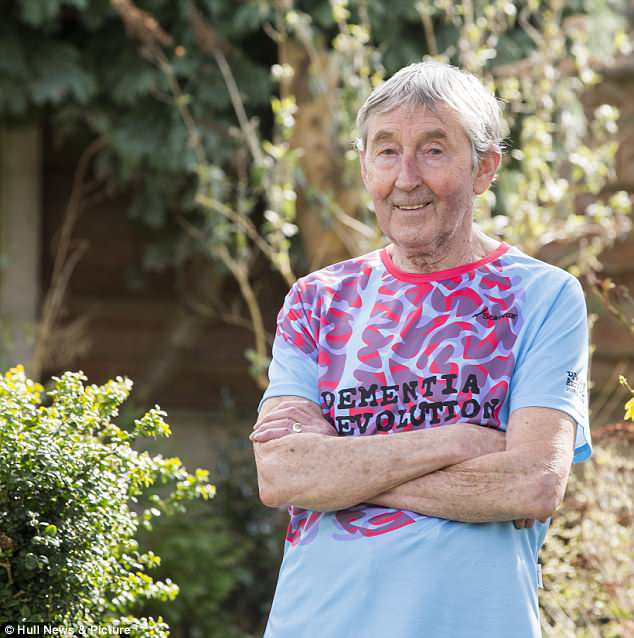 Ron’s GP referred him to a memory clinic. He also had an MRI scan that showed hardening of the arteries and decreased volume of the hippocampus, which is the area of the brain responsible for memories.

There are more than 100 causes of dementia, but the most common is Alzheimer’s, where abnormal plaques form in the brain, and vascular dementia, which Ron has, when narrowing blood vessels cut blood supply to the brain.

There is currently no cure, but drugs may be used to manage symptoms. Ron takes memantine which helps messages to be transmitted between brain cells.

‘It is very important to see the patient with family because it’s often family members who notice changes in memory first,’ says Ashwin Venkataraman, a consultant old-age psychiatrist who is also involved in research for the UK Dementia Research Institute at Imperial College London. 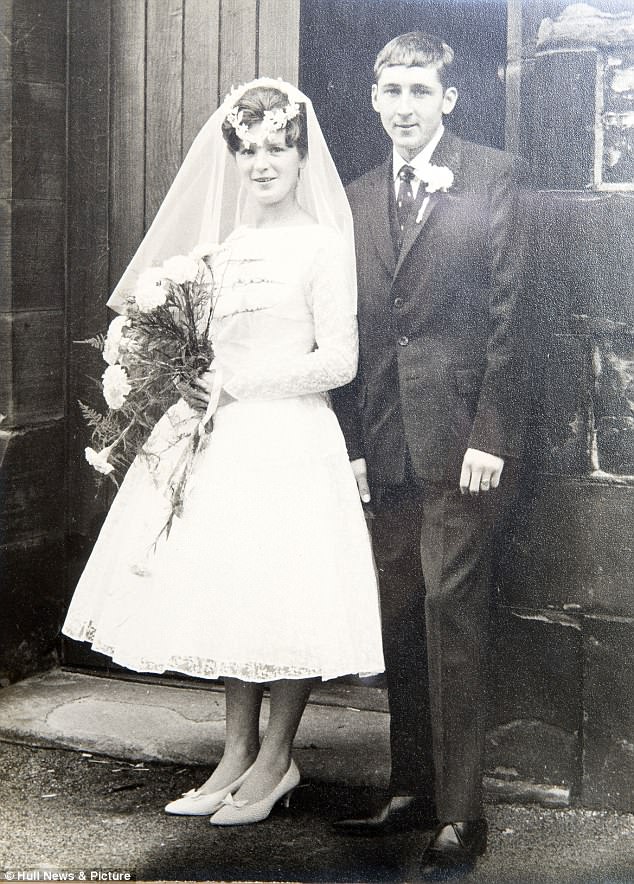 Ron and his wife on their wedding day

‘While memory problems are the hallmark of dementia, behavioural and psychological symptoms create the most difficulties for carers and loved ones. Problems such as apathy and depression, anxiety and agitation are common.

‘Some people experience feelings of guilt or worthlessness, so feel very down, or they may lash out verbally, or rarely, physically.’

Scientists don’t yet know why some people are affected, but it is thought a combination of age, genes, and lifestyle all play a part.

Dementia affects a staggering one in six over 80s.

The Alzheimer’s Society charity says that one million people will be affected by 2021. ‘Dementia is the biggest health threat facing society,’ says Jeremy Hughes

Swap a classic cheese sandwich for a salmon one and you can also add a packet of baked crisps and some raspberries — for fewer calories.

The second lunch is also higher in protein and supplies one of your five-a-day.

You can have this or this for a healthy lunch