She’s one of Australia’s brightest stars.

And on Saturday, Margot Robbie was honoured by her home country with an Excellence In Film award at the G’Day USA gala in Los Angeles.

The 27-year-old was presented the accolade by actress Amy Adams at the annual event which celebrates the relationship between Australia and the United States.

Overwhelmed: Margot Robbie was taken aback as she was honoured with an Excellence In Film award at the G’Day USA gala in Los Angeles Saturday 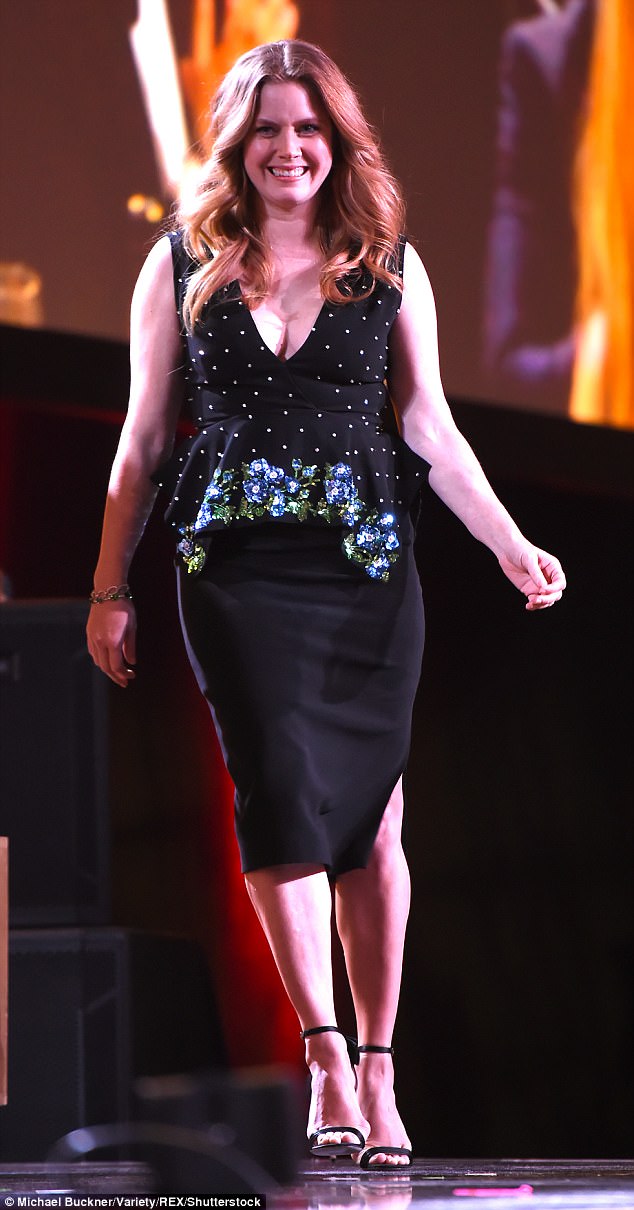 Appearing overwhelmed by the honour, Margot hugged Amy as she took to the stage before wowing the audience with her heartfelt speech.

‘As a girl from the lucky country living in the land of opportunity, I can say with absolute certainty when you have opportunity combined with luck, incredible things can happen’, the beauty said according to The Herald Sun.

The star also stated that she was a ‘very proud and humbled Aussie’ as she stood at the podium. 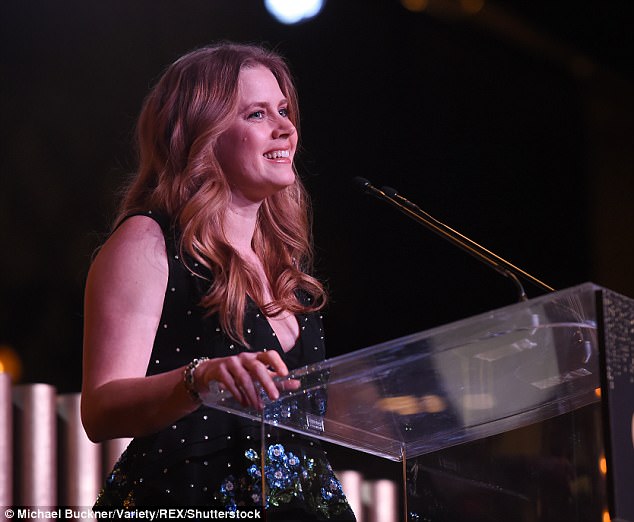 What an introduction! Amy took to the podium to describe Margot’s achievements 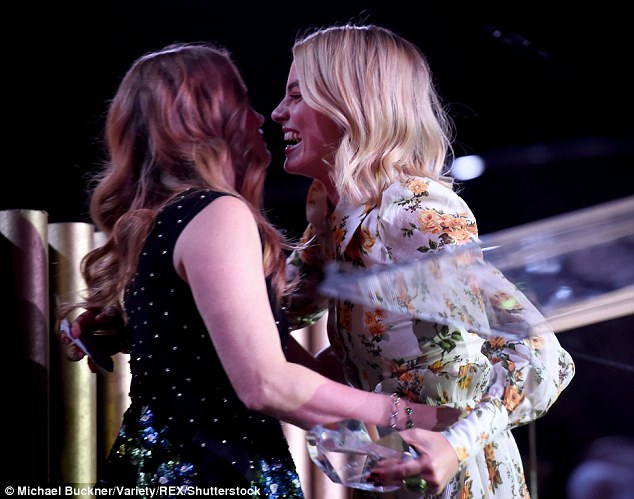 Leading ladies! The two Hollywood heavyweights embraced on the stage

It was no doubt a privilege to receive the award from Amy Adams, a five-time Oscar nominee who has appeared in hits including Julie & Julia and The Fighter.

It comes fresh off Margot’s own Academy Award nomination for her role as disgraced figure skater Tonya Harding in the black comedy I, Tonya.

The talented blonde also produced the film, which has additionally  been nominated for two other Oscars. 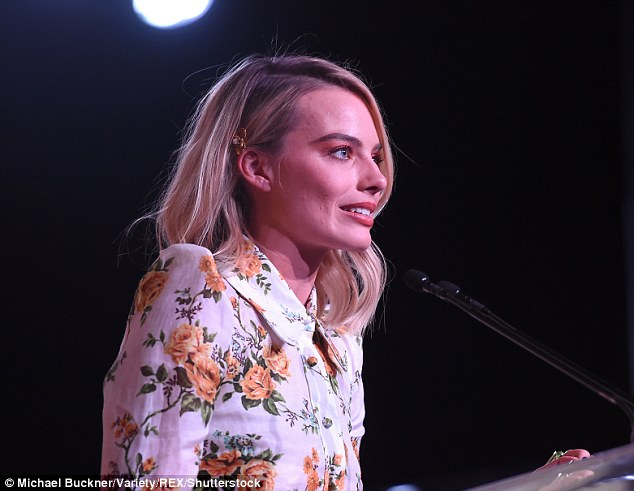 ‘Incredible things can happen’: Modest Margot said her success was the result of luck and opportunity

Margot’s rise in Hollywood has been swift and momentous, following her breakout role in 2014’s Wolf of Wall Street.

However, the Queensland native who starred on Neighbours for three years before moving to the US hasn’t turned her back on her roots.

Speaking to Who Magazine last week, the beauty said she ‘would totally’ reprise her as Donna Freedman on the popular soap. 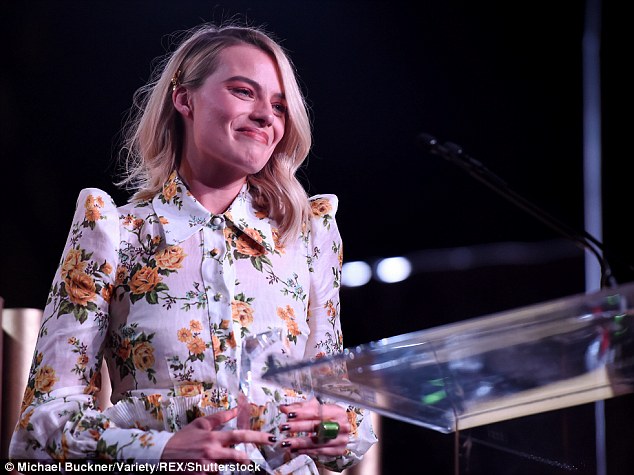 Returning to Ramsay Street? Margot said she ‘would totally’ reprise her as Donna Freedman on Neighbours if and when the time was right