‘I expected less’: Maurizio Sarri insists he was happy with Juventus’ performance despite Serie A side suffering Champions League last-16 elimination after losing to Lyon

Maurizio Sarri bizarrely claimed he did not expect Juventus to play as well as they did and was happy with their display despite suffering a Champions League last-16 exit at the hands of Lyon.

The visitors held a 1-0 lead from the first leg and Memphis Depay added an away goal from the penalty spot early on only for Cristiano Ronaldo’s double to give them hope, but a winner did not arrive.

And Sarri, who is under pressure for his job having won Serie A by a single point and struggled to win over fans, insisted he had a positive outlook. 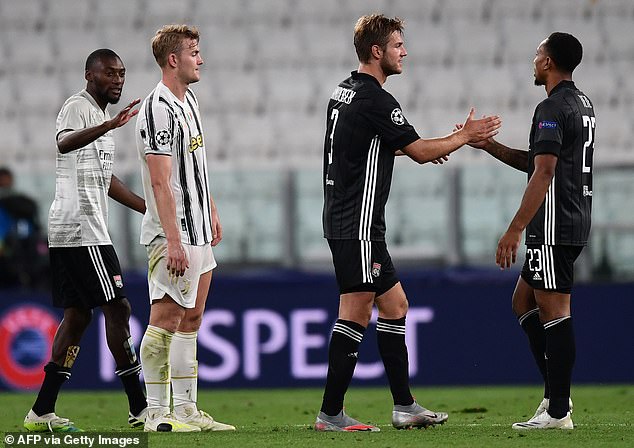 Sarri told Sky Sports Italia: ‘I expected less. I thought we put in a great performance this evening.

‘We went behind to a penalty after 10 minutes that could’ve sent us crazy. We completed the comeback, won the game, created six or seven scoring opportunities.

‘The team has revitalised itself over the last few days, and if they weren’t devastated in their confidence by the elimination, I’d be very satisfied with their performance.

‘Unfortunately, we went out because of the first leg, in fact the first half of the first leg. It’s a competition that takes no prisoners, as after our great results in the tournament, we are still out. 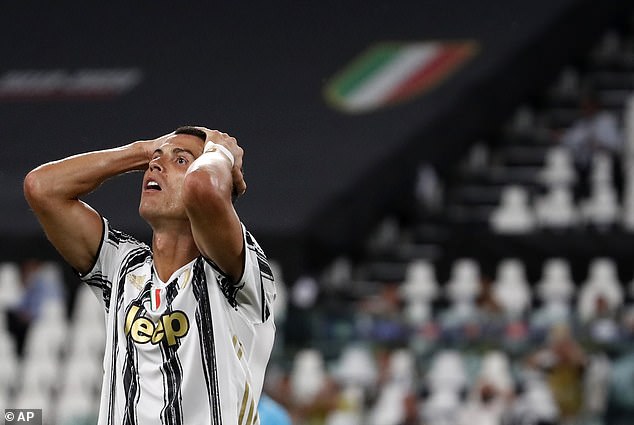 ‘I don’t know if you saw PSG-Lyon last week, but Lyon were not as under pressure ever as much as they were in that game. That means we played well and caused them problems.

‘We cannot be in top condition at this time of the year. Unfortunately, we’ve done nothing logical at all this year. We had a month at home, some then who could train, others who were in quarantine, it wasn’t simple to get the whole team working together.

‘I felt that the team had recharged itself in the right way this evening. Perhaps we were fuelled by nervous energy and mentality more than physical fitness.

‘If I take away the huge disappointment at the elimination, then I am very happy with the team this evening, as they showed character and gave their all. If we hadn’t been eliminated, I’d return home happy tonight.’