Meghan Markle’s reclusive father is pictured enjoying a date at a pizzeria with a mystery young mother and her daughter – just weeks before his own daughter’s wedding.

Thomas Markle, 73, was spotted dining with the women at a restaurant near his home in Mexico.

And friends have even suggested the mystery woman could be his plus one when Megan marries Prince Harry in Windsor on May 19. 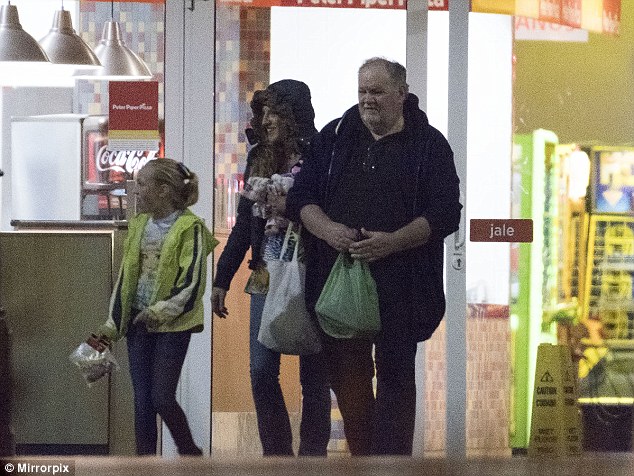 Mr Markle was pictured at the pizzeria in Mexico alongside the mystery woman and her young daughter. Friends claim she could be his plus one at Meghan’s wedding 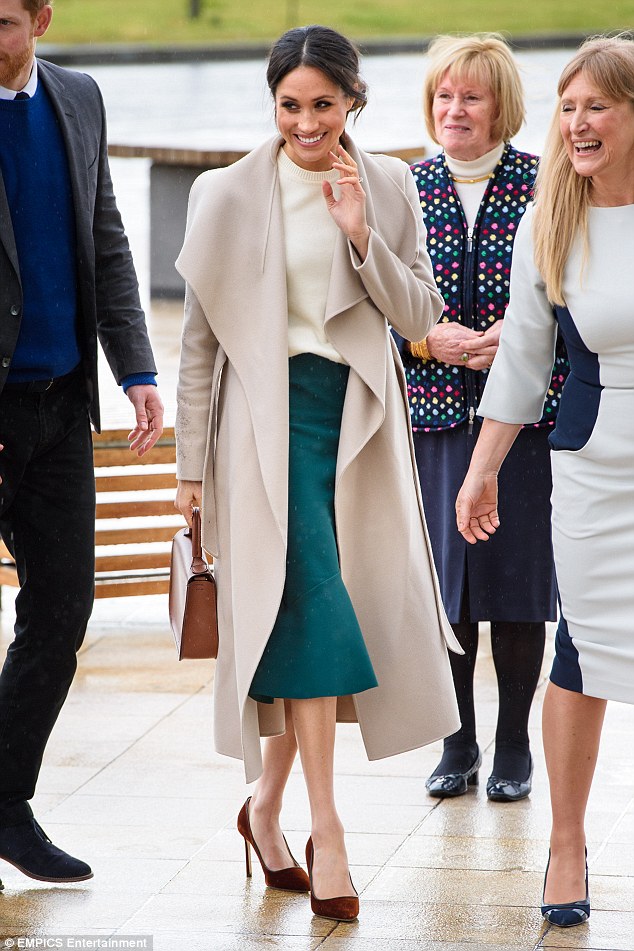 Earlier this week Harry and Meghan (pictured in Belfast yesterday) sent out invites for their wedding at Windsor Castle. Friends of Mr Markle say he wants to walk his daughter down the aisle

One told the Mirror: ‘He has been enjoying the company of his friend and has had the smile put back on his face.

‘And he’s been a complete gentleman.’

Mr Markle picked up the woman and her daughter in his old red Ford Escape, driving them to a local mall – and ending months of solitude.

The trio then made their way to the Peter Piper Pizza restaurant, near to the Rosarito beach resort.

They enjoyed pizza and soft drinks – while Mr Markle drank a Heineken before taking the woman’s daughter to the pizzeria’s amusement arcade.

They stayed at the arcade for more than an hour and Mr Markle won several toys for the youngster.

He then picked up the £20 dinner bill.

Mr Markle, who moved to Mexico after being declared bankrupt, shared a joke with the blonde after dinner. 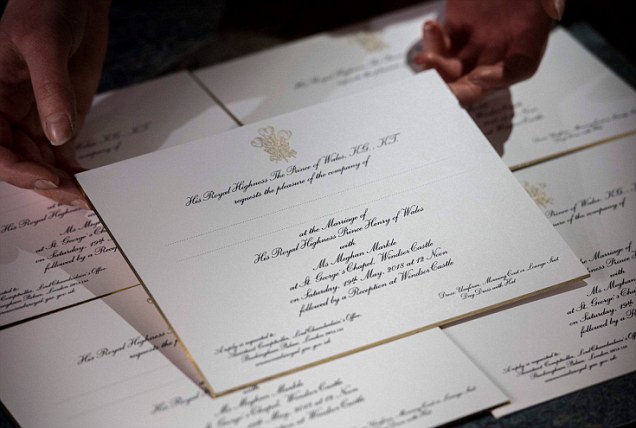 The invitations to the wedding of Prince Harry and Ms. Meghan Markle have been issued in the name of His Royal Highness The Prince of Wales 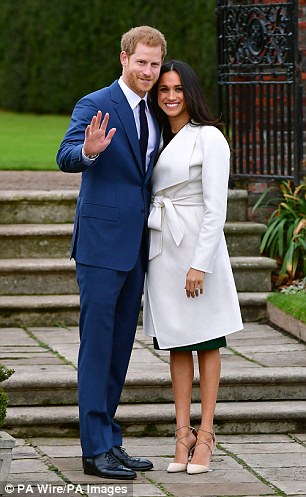 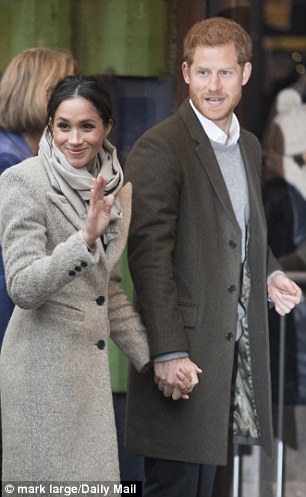 Prince Harry and Meghan Markle in the Sunken Garden at Kensington Palace, after the announcement of their engagement (left) and (right) on a visit to a radio station in Brixton, south London 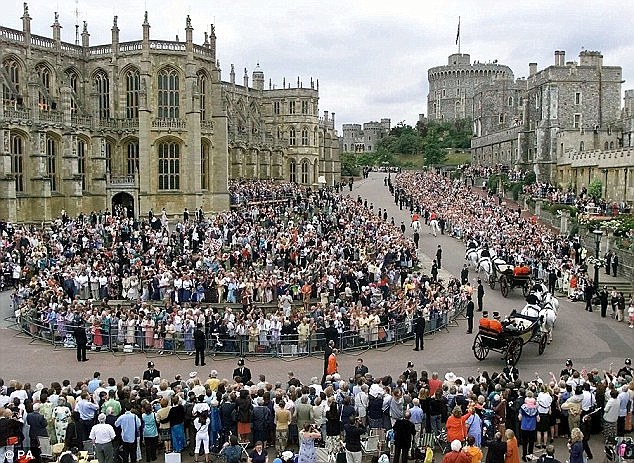 The couple will have a carriage procession around Windsor like that at the wedding of Prince Edward and his bride Sophie, now Countess of Wessex, in 1999 (pictured). Some 2,600 members of the public will be allowed into the grounds to watch

The former lighting director’s friends have not revealed the woman’s identity but said she had made him happy.

Earlier this week, Meghan and Harry sent out 600 wedding invites.

As Mr Markle waits for his to drop through the letterbox, friends say he wants to walk his daughter down the aisle.

It was previously reported a chronic limp could stop him flying to the UK, but he appeared in good health during his date on Thursday.