Lewis Hamilton’s bid for a record-breaking eighth world championship took another fascinating twist on Tuesday after Mercedes called on Formula One’s stewards to reconsider their decision not to penalise rival Max Verstappen at the Brazilian Grand Prix.

Hamilton won the Interlagos race following a superb comeback drive, but Verstappen escaped punishment for running his rival off the road as they duelled for first position.

The stewards noted the incident before looking at the footage and choosing not to launch a formal investigation – a decision Mercedes team principal Toto Wolff described as ‘laughable’.

Mercedes have called for the FIA to open a new investigation into Max Verstappen’s forcing of Lewis Hamilton off track in Brazil (pictured: Mercedes chief Toto Wolff) 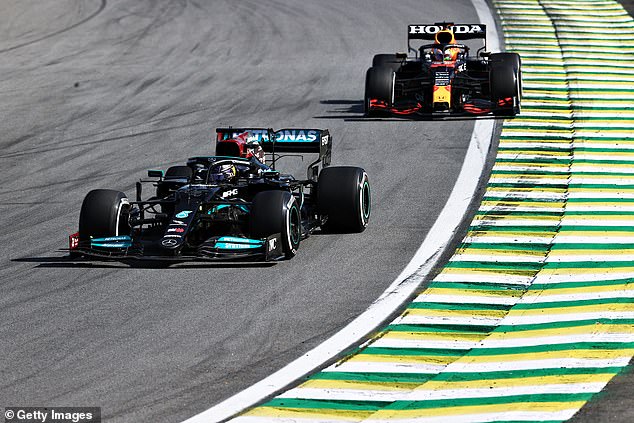 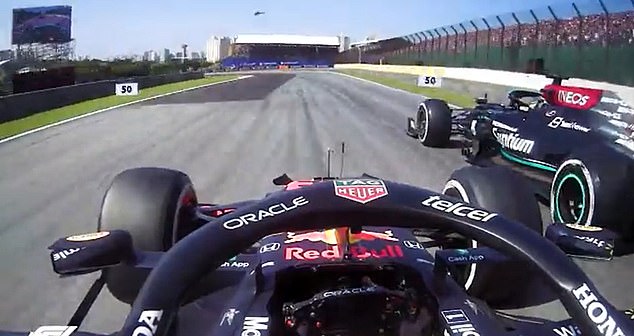 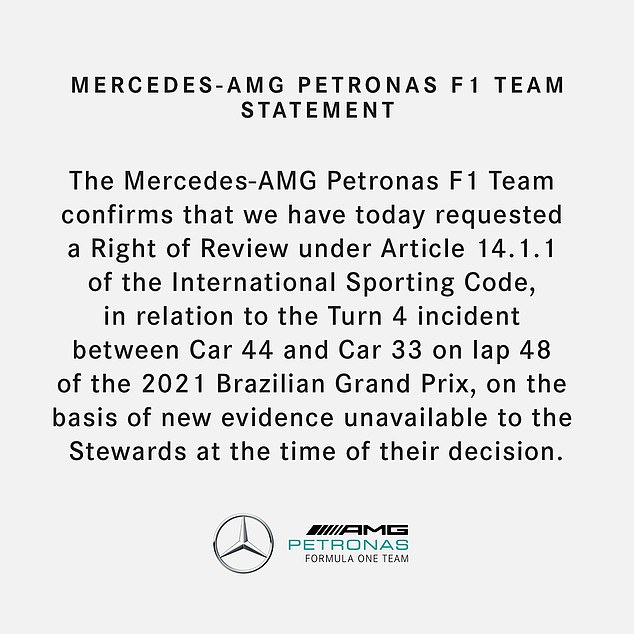 FIA race director Michael Masi later revealed that the on-board video from Verstappen’s car was not available when the stewards acted.

At 12:25pm, the footage was aired on social media for the first time, and a little more than three hours later, Mercedes officially exercised their right to review the flashpoint.

In a short statement, the world champions said: ‘The Mercedes Team confirms that we have today requested a Right of Review under Article 14.1.1 of the International Sporting Code in relation to the Turn 4 incident between Car 44 [Hamilton] and Car 33 [Verstappen] on lap 48 of the Brazilian Grand Prix, on the basis of new evidence unavailable to the stewards at the time of their decision.’ 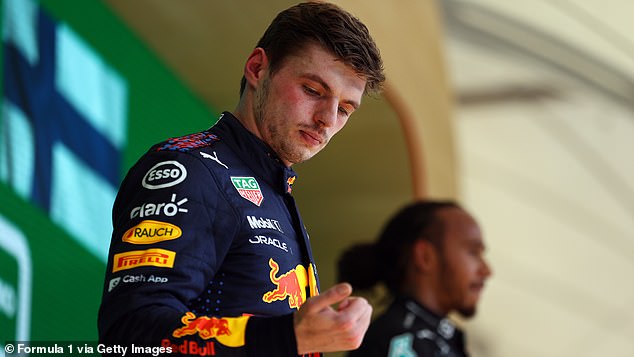 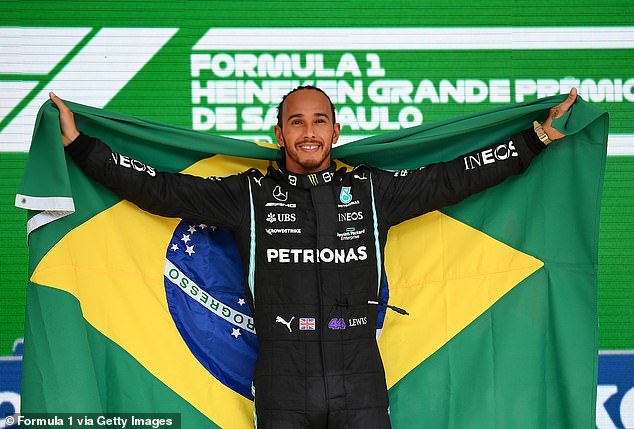 The FIA’s International Sporting Code allows a right to review on the grounds that ‘a significant and relevant new element is discovered which was unavailable to the parties seeking the review at the time of the decision concerned’.

The stewards will now consider the significance of the new footage and whether it warrants an appeal.

A retrospective five-second time penalty for Verstappen would see him drop behind Hamilton’s Mercedes team-mate Valtteri Bottas to third in Sunday’s result – reducing his championship advantage over Hamilton from 14 to 11 points.

A grid penalty could also be an option to the stewards if the incident is reviewed. 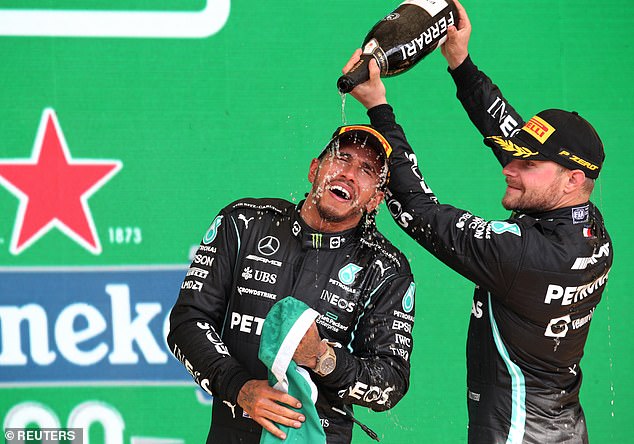 Mercedes are fuelled by their anger at Hamilton being thrown to the back of the grid for the sprint race for having a marginally illegal rear wing.

The Briton advanced from last to fifth in Saturday’s sprint race, but an engine penalty saw him start Sunday’s race from tenth. The 36-year-old put in a masterclass to climb through the field and snatch victory from Verstappen.

Prior to the race in Brazil, Hamilton said he would need to win all remaining races if he is to win the championship, and he will arrive in Qatar in confident mood with his Mercedes car finding extra pace at the final furlong.