A shooting range is using an image of Jihadi bride Shamima Begum as a target after receiving a ‘record number’ of requests from customers.

The Ultimate Airsoft Range in Wallasey, Merseyside, has defended using the teenager’s face at the attraction, which is used by children as young as six.

Owners said they decided to use Begum as one of their targets for customers to aim at because of her ‘lack of remorse and empathy’ in television interviews.

Images taken inside the range by a visitor show one of the targets with at least 100 bullet holes.

Begum left the UK for Syria in 2015 with her Bethnal Green schoolmates Kadiza Sultana and Amira Abase to join ISIS. 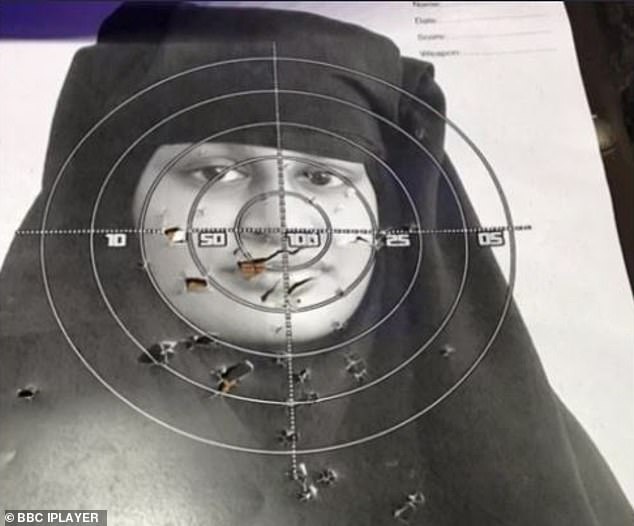 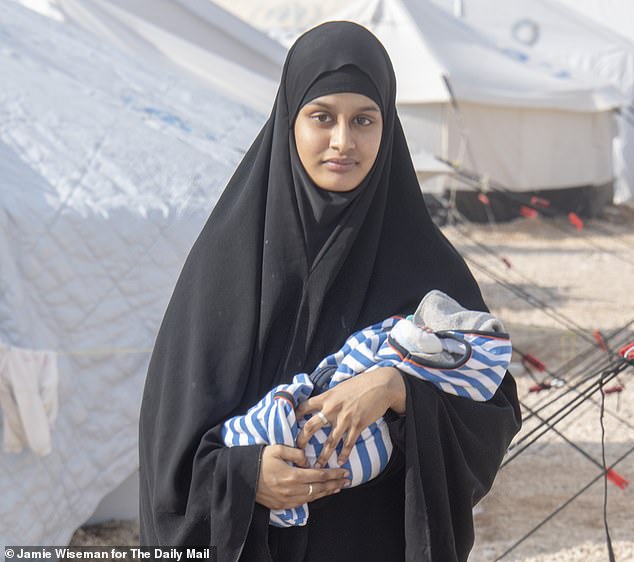 Her appeal to be brought home with her newborn baby has recently caused outrage across the UK.

The firm had posted a tweet, which has now been removed, with a video showing the targets being printed off, alongside the hashtags ‘Isisbride’ ‘traitors’ ‘made your choice’ and ‘no remorse’.

The Victoria Derbyshire Show today revealed that images of the 19-year-old were being used at the range.

They also told how customers can choose to shoot at other high profile figures, including  Osama Bin Laden, Donald Trump, Margaret Thatcher and even pop star Justin Bieber. 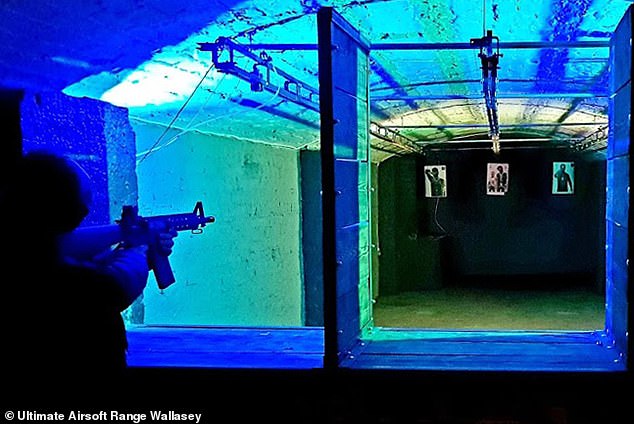 Labour MP Angela Eagle, for Wallasey, condemned the move, saying: ‘It is wrong to use real people as targets as it can be misinterpreted, I am disapproving of shooting people who exist.’

But in a statement, Ultimate Airsoft Range said: ‘The targets provide some fantastic reactions and conversations and allow people to have some light-hearted fun and bring out the inner child in us all. 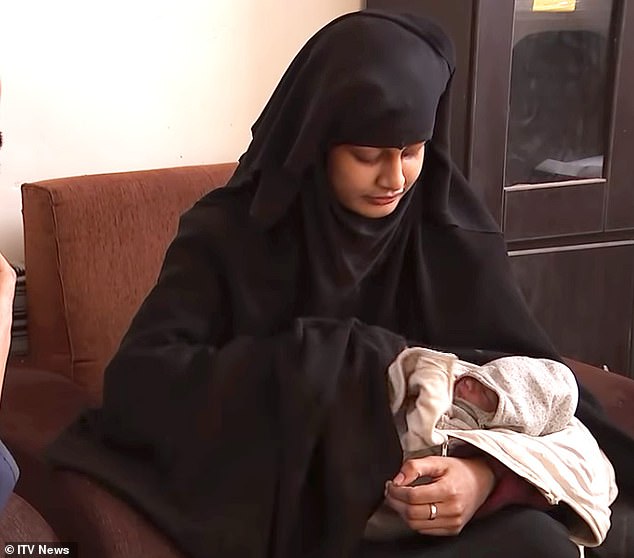 ‘But after watching the interview with Ms Begum being interviewed, there was a lack of empathy that she had shown and we decided to listen to our customers and use them as targets’

Begum wants to return to the UK for the sake of her newborn third child, but has been stripped of her British citizenship.

Home Secretary Sajid Javid made the move on advice that she qualified for Bangladeshi citizenship through her mother, although authorities there have said they will not let her enter the country. 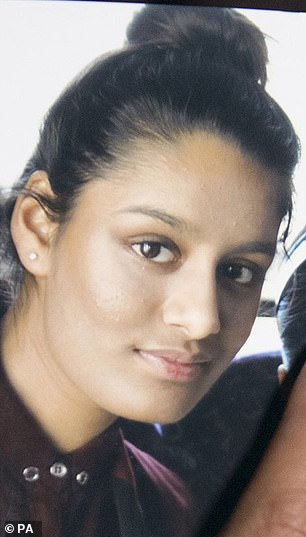 Shamima Begum, 19 (pictured before she left the country four years ago) and her family are all pleading with the government to allow her back into Britain

Begum’s father, Ahmed Ali, said his 19-year-old daughter should face justice in Britain despite previously appearing to back the removal of her citizenship.

The teenager, who married Dutch IS fighter Yago Riedijk, had two older children who both died.

Mr Ali told ITV News: ‘I don’t think he’s (Sajid Javid) done the right thing because she is a British citizen, and if it turns out she has committed any crimes, then she should face justice in the UK.

‘She belongs to this country, she belongs to England. My daughter was a little child, she made a mistake, she didn’t properly understand.’

Labour leader Jeremy Corbyn was criticised after saying Begum should be allowed back into the UK and given the ‘support that she needs’.

He accused Mr Javid of a ‘very extreme manoeuvre’ in stripping her of British citizenship – on the basis that she is entitled to live in Bangladesh because her parents were born there.

Mr Corbyn said making Begum stateless is ‘not the right thing to do’.

She had ‘a lot of questions to answer’ but should be allowed to return to the UK and ‘at that point any action may or may not be taken’.

He added: ‘The idea of stripping anyone of their citizenship when they’re born in Britain is a very extreme manoeuvre. I question the right of the Home Secretary to have these powers.’