‘If I have to help somehow, I’ll do it’: Lionel Messi eager to lead next generation of Argentine talent following Copa America elimination

Argentina and Lionel Messi remain optimistic about their future despite another year without a trophy.

There is some hope despite the team’s 2-0 loss to Brazil in the semi-finals of the Copa America on Tuesday, a result that extended the team’s 26-year run without a trophy.

‘There are some good and important players coming up who have shown that they love the national team and want to be here,’ said Lionel Messi, who turned 32 during the South American competition.

‘There’s a future, we have a lot of young players who need to be given time to succeed. We have to respect them.’

Messi, whose only title with Argentina was with the under-23 squad in the 2008 Olympics, said the national team can still count on him.

‘If I have to help somehow, I’ll do it,’ he said. ‘I felt comfortable with this group of players.’

It was a much different reaction than Messi had after the team’s loss in the 2016 Copa America final, when he said he was finished with the national team. The Barcelona playmaker had already lost the 2015 Copa America final and the 2014 World Cup final with Argentina.

Messi, Sergio Aguero and Angel Di Maria were the only players from this squad who played in the 1-0 loss to Germany in the 2014 World Cup final. 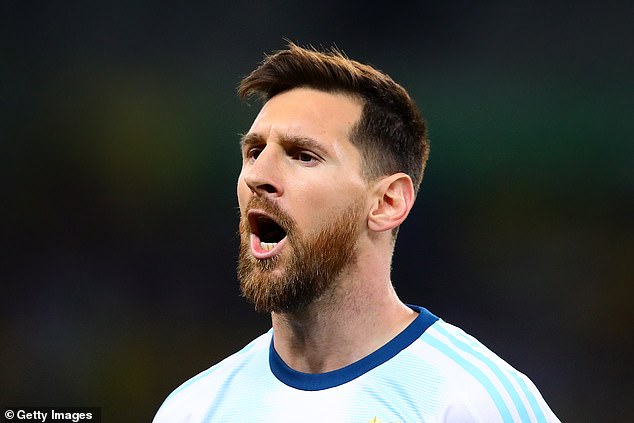 The current team was filled with younger players and led by inexperienced coach Lionel Scaloni, who took over as an interim solution for a national team that arrived in Brazil carrying few expectations.

Among the younger players who did well in the Copa America were Juan Foyth, Rodrigo De Paul and Lautaro Martinez.

Although the team gradually improved under Scaloni, the coach was not expected to remain at the helm entering World Cup qualifying and next year’s Copa America, which Argentina will co-host with Colombia.

‘I don’t think it’s time to talk about that, it’s not what I’m worried about right now,’ said the 41-year-old Scaloni, a former player. ‘I’m concerned about my players after this defeat.’

Scaloni is the eighth Argentina coach since Jose Pekerman left after the team’s elimination in the quarter-finals of the 2006 World Cup, a sign of the instability engulfing the South American powerhouse in recent years. 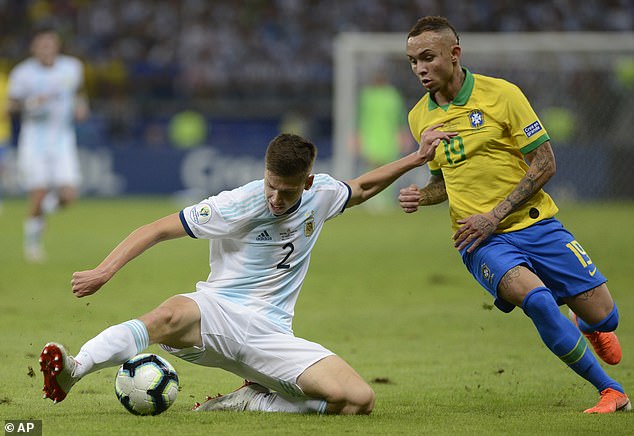 The Argentine FA, in constant turmoil, has had trouble persuading the nation’s renowned coaches to take over the squad, including Marcelo Gallardo of River Plate, Diego Simeone of Atletico Madrid and Mauricio Pochettino of Tottenham.

Other more likely candidates to become the next coach include Gabriel Heinze of Velez Sarsfield, Gabriel Milito of Estudiantes and Hernan Crespo of Banfield, former national team players who have achieved good results locally in their early coaching careers.

Before any decision about Argentina’s future is made, the team will play the third-place game on Saturday in Sao Paulo. It will face either two-time defending champion Chile or Peru, which meet in the other semifinal on Wednesday in Porto Alegre.

The next goal will be qualifying for the 2022 World Cup, with the first qualifier set for March next year.