‘I’m from Liverpool, they beat you’: Lionel Messi reveals his three-year-old son Mateo pretends to be Liverpool during kickabouts with his dad

When Lionel Messi comes home the last thing he needs is to be reminded about Barcelona’s most scarring defeats.

Being knocked out in devastating fashion by Liverpool in the Champions League still hurts Barcelona and then you have the Copa del Rey final defeat against Valencia.

Messi is no doubt trying to forget both losses but the Argentine superstar has revealed three-year-old son Mateo loves to wind up the rest of the family about such defeats. 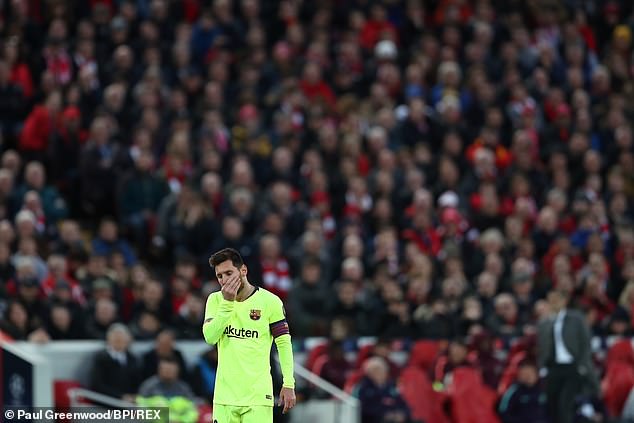 In an interview with TyC Sports, Messi said: ‘Mateo loves football, he wears all the shirts.

‘But we played together at home he told me, “I’m from Liverpool… they beat you”, he also did it with Valencia (after the Copa del Rey final)… “Valencia beat you, I’m from Valencia”

‘When we’re watching TV he will cheer (Real) Madrid’s goals to annoy his brother, he is the one who is a Madrid fan.’ 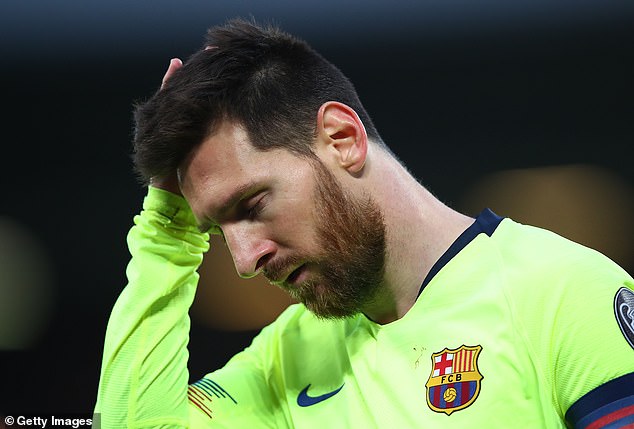 Barcelona looked in cruise control heading to Merseyside in the Champions League after a 3-0 first-leg lead.

But a 4-0 capitulation in the second leg saw Barcelona stunned and Messi and Co were left to lick the wounds of another disappointing exit in Europe.

Given Messi’s success in the last decade for Barcelona, it is remarkable to hear his middle child is often found rooting for La Liga rivals Real Madrid.

It irritates older brother Thiago and Messi may need to go on and lift the Champions League next season to end the taunts of Mateo.

For now, Messi is away on international duty with Argentina as the South American side prepare to launch a bid for the Copa America. Lose that and Mateo may have another team to celebrate this summer. 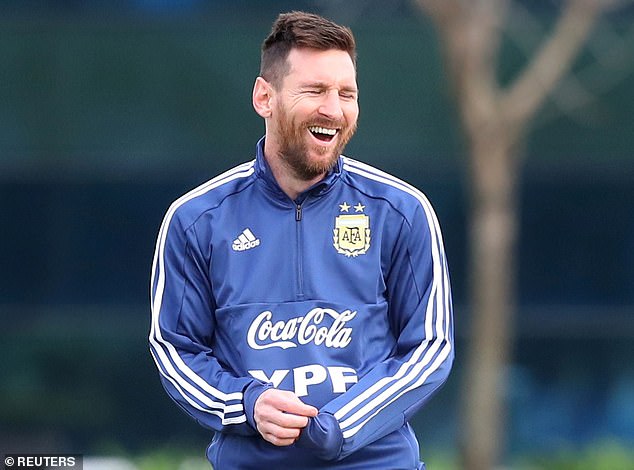