Michigan teen charged with murder for his mother’s death

A 16-year-old boy was charged with second degree murder after he allegedly pushed his mother out of a second-floor window to her death from the family’s million dollar Michigan mansion.

Mohammad Altantawi had his first court appearance and was arraigned via video on Monday in Oakland County. He will be tried as an adult.

The teen is accused of pushing his mother, Nada Huranieh, out of a window. The 35-year-old was found dead last week on the patio outside of their $1.2million mansion in Farmington Hills, which is a prestigious neighborhood located about 20 miles northwest of Detroit.

The teen sat stone faced and showed little expression during the session in which his lawyer pleaded with the judge to grant the suspect bond, WJBK reported.

Mohammad Altantawi (above), 16, was charged with second degree murder after he allegedly pushed his mother out of a second-floor window to her death from the family’s million dollar Michigan mansion 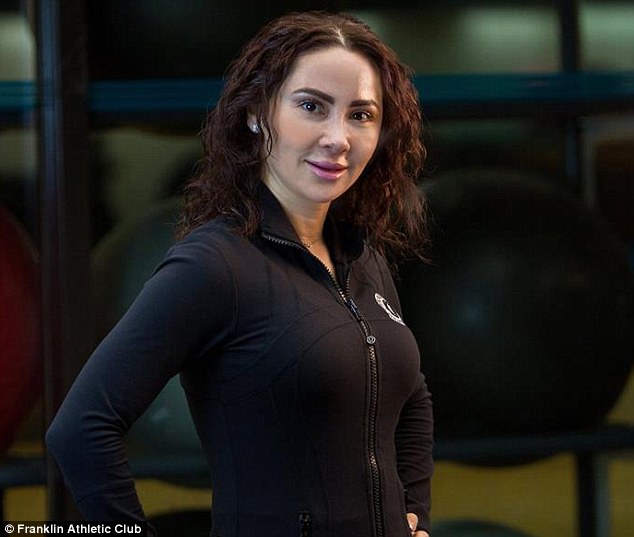 Mother-of-three Nada Huranieh (above), 35, who worked as a personal trainer was found dead last week

His attorney, David Kramer, said his client has no criminal history and is an ‘exceptional student’ at the International Academy in White Lake.

‘I am asking the court to consider a cash bond 10 percent,’ said Kramer.

‘With the understanding he submit his passport to the court with a GPS to his tether. That would ensure that he will appear for his court hearings. That would eliminate any flight risk.’

However, the prosecutor’s office disagreed and argued that the teen is a danger to society.

‘He committed a crime of murder in the second degree of his mother,’ the prosecutor said in court. ‘While the suspect’s sisters ages 12 and 14 were home at the time.

Authorities originally thought the mother-of-three’s death was an accident, but they later determined that her son pushed her out of the window. 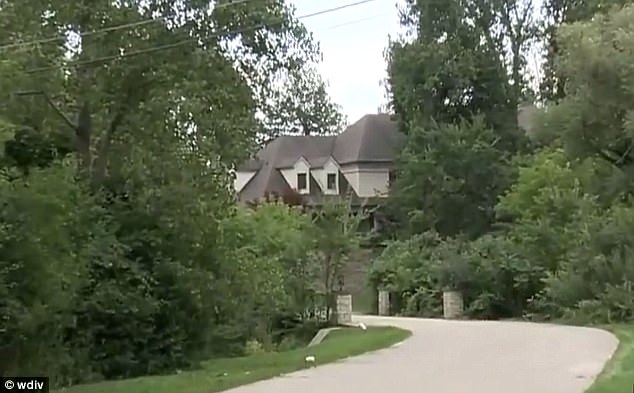 Her body was found on the patio outside the $1.2million mansion (above) she shared with her children in Farmington Hills. The luxurious home has five bedrooms and seven bathrooms 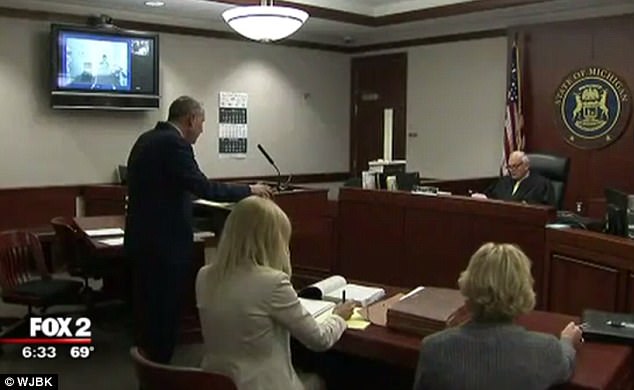 Prosecutors say Altantawi’s actions were premeditated and with his strong family ties to Syria, he is a flight risk, WJBK reported.

Judge Dennis Pheney ordered Altantawi to be held at Children’s Village without bond.

He will appear back in court on September 15.

Huranieh, who was separated from her husband and in the midst of divorce, lived with her 16-year-old son and two daughters, 14 and 12 years old in the home.

She had been a fitness trainer at the Franklin Athletic Club since January. She taught three classes specializing in weight loss, balance and stability, muscle toning and strength, according to her personal trainer profile.

Both were scheduled to give cross-depositions in the pending divorce case this week, according to Huranieh’s attorney, Robert Zivian who described his client as a ‘lovely woman’. 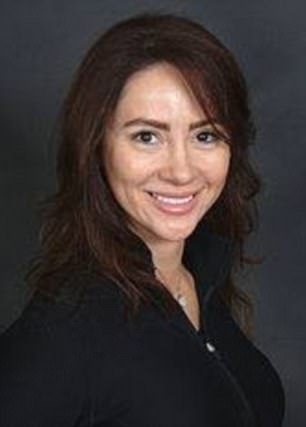 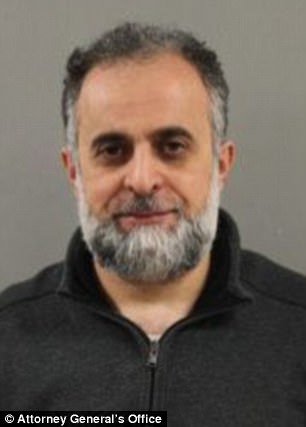 Huranieh’s (left) estranged husband, Bassel Altantawi (right), was arrested last year and charged in a Medicare fraud case. The couple was going through a divorce at the time of her death

‘When I heard she died, the impression was it was some form of an accident – a fall down stairs or from a window,’ said Zivian to the Detroit News. ‘Certainly nothing that possibly involves a family member. We need to know more but this is shocking.’

A number of people who took part in her gym classes posted glowing tributes to the mom of three on Facebook.

‘I was immediately drawn to her friendliness and her open interest in getting to know me, even though we’d just met. Quickly I learned that she was well loved and respected at the club, by both members and my fellow instructors/trainers.

‘Eventually, at the recommendation of our training director, she became my personal trainer. I was immediately impressed by her warmth and empathy, her way of pushing you hard while being nurturing at the same time.

It’s been difficult to comprehend that she is gone. While I didn’t know her very long, she made a lasting impression on me,’ wrote Sara Spigler Pomish on her Facebook profile.

‘Nada was a kind and beautiful friend, always with a friendly and encouraging word. There was no one at the gym who greeted me as warmly as Nada did, every single time she saw me. Her death is tragic and her memory should be for a blessing,’ wrote one member.

‘Nada was more than a trainer-she was an inspiration!! She had a way of making everyone feel special and empowered to achieve goals you didn’t even know that you had. I feel that I’ve lost a friend,’ said another.

The health club also paid it’s own tribute to their colleague: ‘It is with saddened hearts that the management and staff of Franklin Athletic Club bid farewell to Nada Huranieh. Nada was an energetic, beautiful, dedicated personal trainer and group exercise instructor who passed away Monday, August 21st, 2017. Nada’s lovely spirit will always be part of the Franklin family…we greatly miss her.